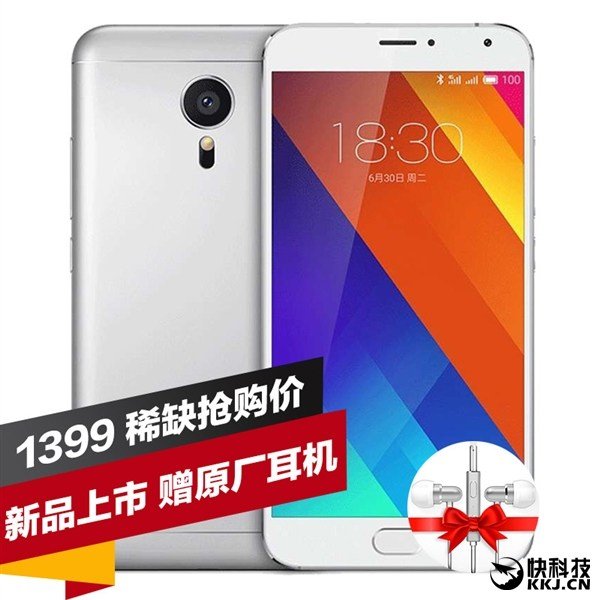 Meizu MX5E debuts in China with a price tag of 1,399 Yuan ($216), which is lower than Meizu MX5 released recently. Reportedly named after the recently launched iPhone SE smartphone, with the alphabet ‘E’ at the end, the upcoming MX5E offers all the standard features of the regular MX5 in an affordable price tag.

In contrast with the regular Meizu MX5, the MX5E is 100 Yuan cheaper, which is mainly attributed to a reduction in the processing speed to 2.0 GHz from the 2.2 GHz in MX5. Moreover, the capacity of the primary camera sensor has been reduced to 16-megapixel from the 20.7-megapixels in MX5. As you can see, there will be a decrease of only 10% in the overall performance, which seems to be of little effect for regular users.

On the specifications front, the upcoming Meizu MX5E will be equipped with a 5.5-inch FHD display, 3GB RAM, 5-megapixel front-facing shooter, which remains untouched. The new handset will also feature a fingerprint scanner powered by a 3,150mAh battery in an all metal design body, similar to that of Letv Le 1S.

Meizu MX5E, according to unconfirmed sources, will be shipped with Android 6.0 Marshmallow out of the box. Hence, you will be able to work with the latest features included with the platform. A newly refreshed UI will accompany MX5E since the company is looking to compete with the emerging players like Xiaomi.

It remains to be seen whether Meizu launches MX5E outside China. Even if they release the handset, there is no clear indication as to at what price the device will be available since there are only two major differences compared to the previously released MX5.

In all probability, Meizu will downgrade the pricing in India as well because of trimmed features. Since gamers prefer high-speed handsets, MX5E will perfectly suitable for casual users and those who want to experience the power of Android.

Earlier in the day, Meizu has revealed the pricing of M3 Note to be 1,099 Yuan with features similar to the Meizu Metal.