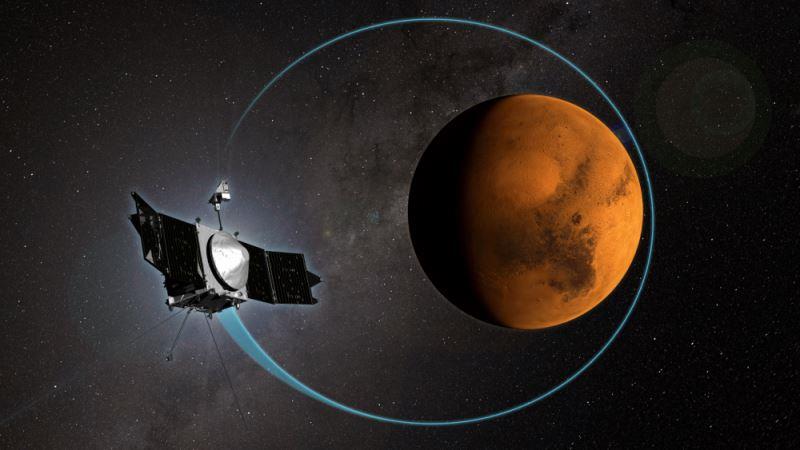 NASA’s so-called MAVEN is progressing well and a lot of incredible data has already been gleaned from the mission, which is expected to last one year. MAVEN is orbiting Mars, also known as the Red Planet. As of April 6, MAVEN had reached 1,000 orbits around Mar, achieved nearly four and a half months into the primary mission.

Researchers at NASA are seeking to understand more about the atmosphere of the outer space. MAVEN is a project aimed at gathering data that can be analyzed to give insight into space atmosphere, especially with regards to loss of gas to space.

On November 18, 2013, the work to launch MAVEN to Mars started with the spacecraft entering Mars orbit on September 21, 2014. The primary MAVEN mission started on November 16, 2014 and the progress has been impressive according to the latest NASA update on the mission.

Through MAVEN mission, NASA scientists are out to know more about the outer space atmosphere. The MAVEN spacecraft is orbiting Mars as it takes data. The 1,000 orbits attained so far have been useful because of the incredible data that has been obtained, especially about the highest and lowest levels MAVEN has been able to go in its orbit of the Red Planet.

According to MAVEN’s lead investigator, Bruce Jakosky, MAVEN spacecraft and the instruments are working well and the team is building what he termed as a picture of the composition as well as the structure of the upper atmosphere. The team at MAVEN is also interested in understanding the processes that control such things like the loss of gas to the atmosphere.

As of the latest update, the highest point that MAVEN spacecraft has been able to go is 6,500 km and the lowest point is 130 km.

MAVEN’s Rich Burns commented in the latest mission update by saying that they have been able to obtain wonderful results from the mission. However, they hope to obtain more so that they are able to understand the past and the present of the Martian atmosphere. Burns is the project manager of the MAVEN mission.