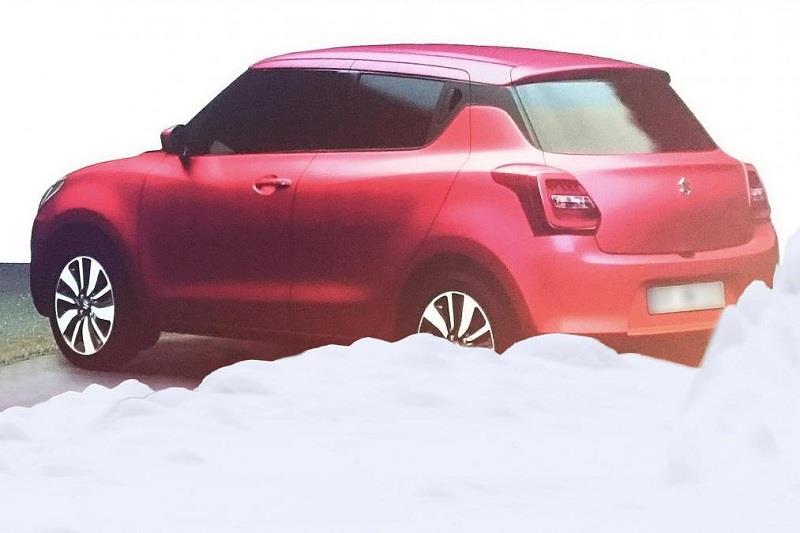 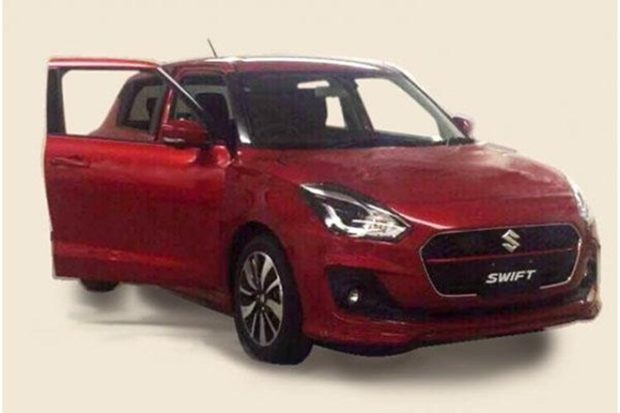 Upon inspection of the image, we can infer that the 2017 Maruti Suzuki Swift will ship with an entirely new design. Moreover, the car will have enhanced features than the currently available edition.

The 2017 Maruti Suzuki Swift will offer a new headlamp cluster. It will have a sharp and aggressive design included integration of LED daytime running lamps and split front grille surrounded by thin chrome. Moreover, the new vehicle will ship with large air dams, side skirts alongside a new tail lamp design.

The forthcoming 2017 Maruti Suzuki Swift will be equipped with a new 10-spoke alloy wheel, front fog lamp design including blackened-out A and B pillars. This mechanism will provide a floating roof effect. Maruti will also replace the handles of the rear door. According to sources, the handles will find a place close to the C-pillar when compared to the existing model.

On the specifications front, the forthcoming Swift will be powered by 1.2-litre petrol and 1.3 litre diesel engines. You can also expect the addition of a 1.0 litre Boosterjet petrol motor in a ‘RS’ guise.

As of writing this, we are unable to locate any interior images. However, we expect the car to ship with a flat-bottomed steering wheel, leatherette seat upholstery. Moreover, the 2017 Maruti Suzuki Swift will feature an upgraded infotainment system with support for Apple CarPlay and MirrorLink.

Maruti is gearing up to manufacture the 2017 Swift in such a way to reduce the weight by 15 percent. The upcoming car will measure 820 kilograms for petrol and 901 kilos for the variant with diesel engine respectively. We expect the release of 2017 Maruti Suzuki Swift by Q3 2017.