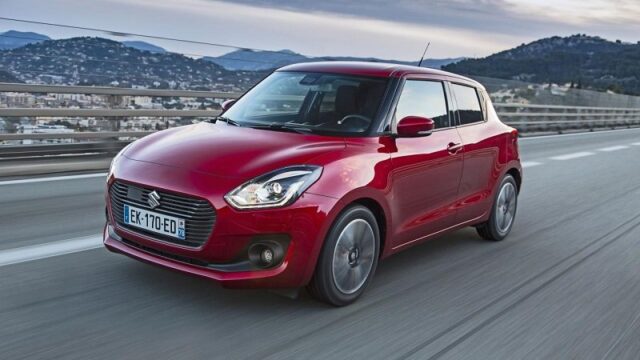 Maruti Suzuki recently showcased the 2018 Swift in its brand new, refreshed avatar. The Swift facelift model is set for an official launch at the Delhi Auto Expo next month, while bookings are already open. Since its launch back in 2015, Swift has become a household name as it continues to enjoy the loyalty of Indian customers. And it appears the 2018  Swift will further bolster Maruti’s position in the ever-growing and fiercly competitive hatchback market in country. Before it officially hits the road, here are a few things you should know about the much anticipated 2018 Suzuki Swift.

The first thing that catches your eye is the 2018 Swift’s design. It looks much leaner, sharper, and bolder – making it the hottest looking Swift till date. It still retains design cues from its predecssors, but has a more sporty look and feel thanks to two-tone alloys and its compact design. Based on Maruti Suzuki’s 5TH generation HEARTECT platform, the Swift facelift is also lighter than its predecessors.

Ads
The Swift facelift model is set for an official launch at the Delhi Auto Expo next month.

While the exteriors get a major overhaul, engines remain unchanged as the 2018 Swift gets powered by the same 1.2-lite K-series petrol and 1.3-lite DDIS diesel units. Both engines are mated to a 5-speed manual transmission.

The 2018 Swift comes with a 7-inch infotainment screen compatible with Apple CarPlay and Android Auto. Also, safety fearures which include ABS, EBD, dual airbags, and child locks have been made standard across all variants of the 2018 Swift.

With the growing demand of automatic transmissions in the India given the spike in the number of vehicles on city roads, the 2018 Swift is also being offered in an AMT (automatic transmission) option. That being said, the AMT option surprisingly misses out key features such as LED front lights, infotainment systems, as well as diamond cut alloys.