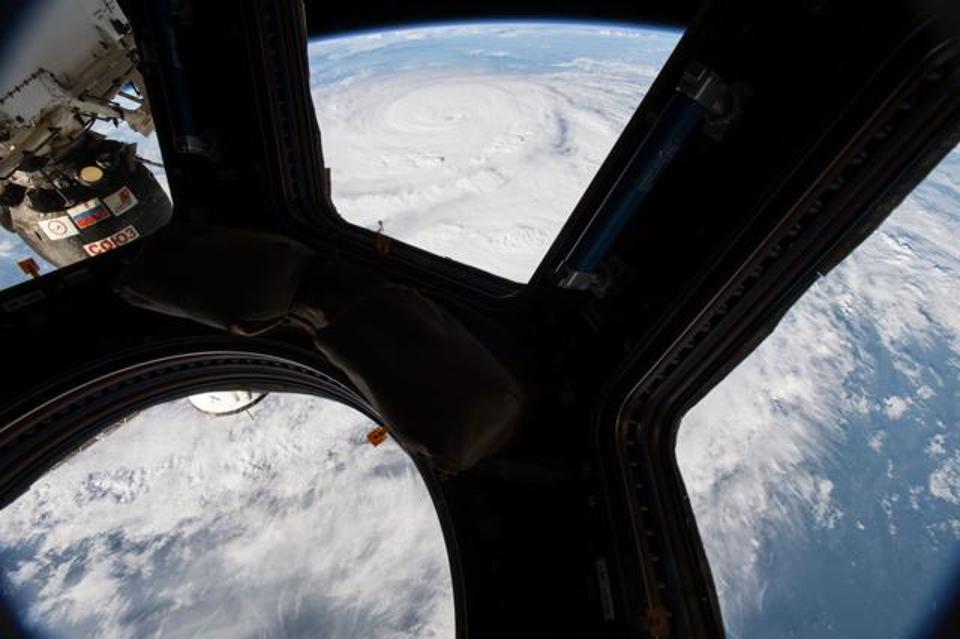 It has never been easier for everyday people to visit space and enjoy the breathtaking celestial views. But thanks to the modern and bravo steps and initiatives of the National Aeronautics and Space Administration  (NASA) who has enabled everyday people like us to get visual treats with the stunning views and pictures of the space, planets, celestial events, and much more. A corner of NASA’s website, called ‘photo of the day’ has been treating stargazers with some eye-catching pictures and here, we’ve covered eight most beautiful of them.

Friday, on 25th August 2017, Jack Fischer an astronaut from NASA photographed the luminous view of Hurricane Harvey from the cupola module while on board the International Space Station. As the hurricane intensified on its way to the Texas coast, the Expedition 52 mission crew, Jack Fischer captured the never-before-seen view of the storm and beamed it back to the earth.

View of Umbra Passing Over Earth

On 21st August, millions of people in the continents of the United States witnessed the breathtaking view of Umbra or moon casting its shadow on Earth as a total solar eclipse took place nearly after one century. But there were only six people who enjoyed this view from space as they were aboard the ISS, floating at an altitude of 250 miles from the U.S. and managed to click the most magnificent views of Umbra from space. 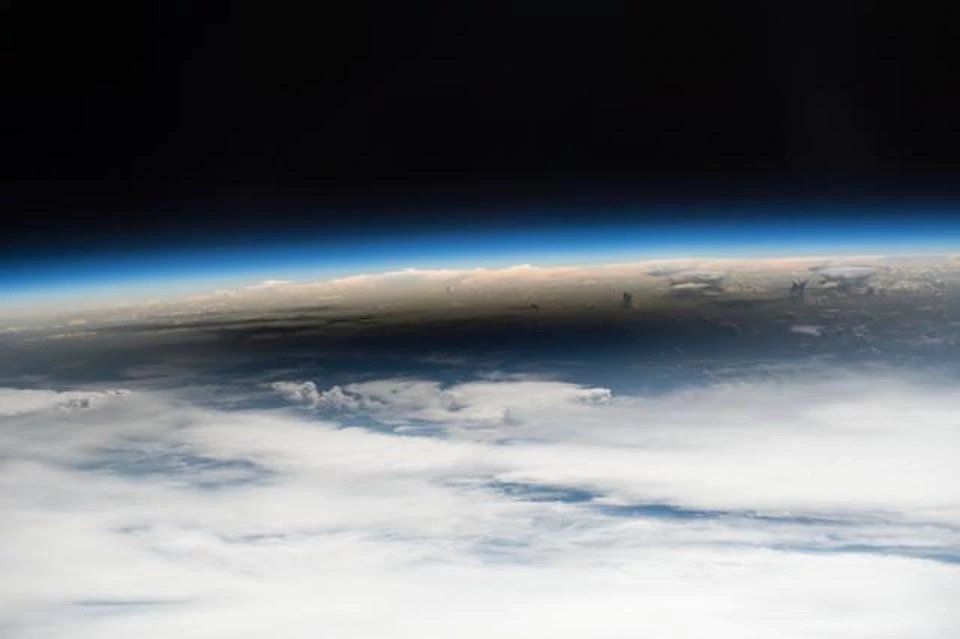 Glory of the Heavens

The third picture of the day is the headway of a stunning view of a partial solar eclipse over Ross Lake, located in Northern Cascades National Park, Washington, which NASA is captioned as “Glory of the Heavens”. As the total solar eclipse took place on Monday, Aug. 21, 2017, the picture was taken from Ross Lake, where the eclipse view was fractional. 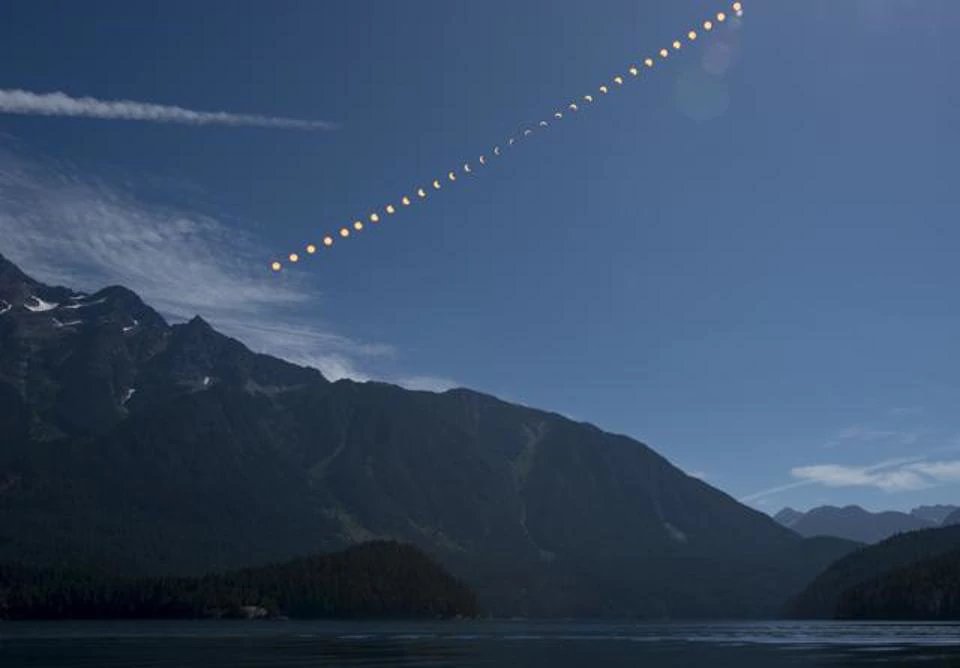 In the picture, taken by one of NASA’s relatively small telescope, the NGC 5949 dwarf galaxy which is pretty close to earth as it is stationed at some 44 million light years away from our planet, looks super stunning. NASA/ESA Hubble Space Telescope clicked the picture of the dwarf galaxy because of its proximity to earth. In the picture, the galaxy looks like a bright yet blurred firecracker. 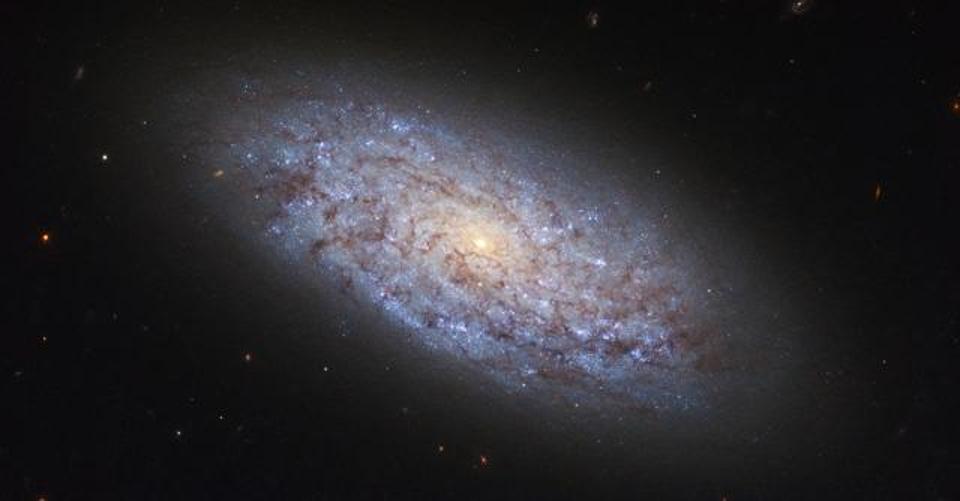 An onboard crew of the International Space Station framed the super-dazzling view of the solar evaporation pools, located outside the city of Moab, Utah. In the representation, the astronaut photographed the views of 23 multicolored ponds, broadened across 400 acres. Each lake color stands for a dissimilar condition of evaporation and the gloominess cast on the landscape represents the profundity and measurement of the adjacent Utah desert. 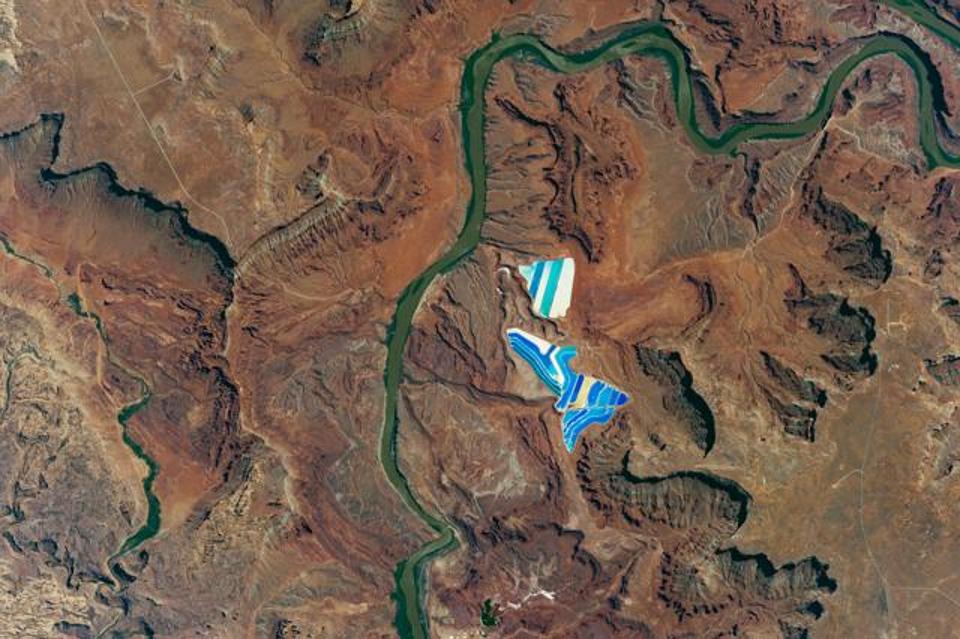 The scenery of Moon Rising, captured by the onboard NASA astronaut of the International Space Station (ISS), Randy Bresnik is another spectacular picture to look for. With a caption “Gorgeous moon rise”, NASA astronaut published the picture on tweeter on August 3, 2017, and the view was completely breathtaking. 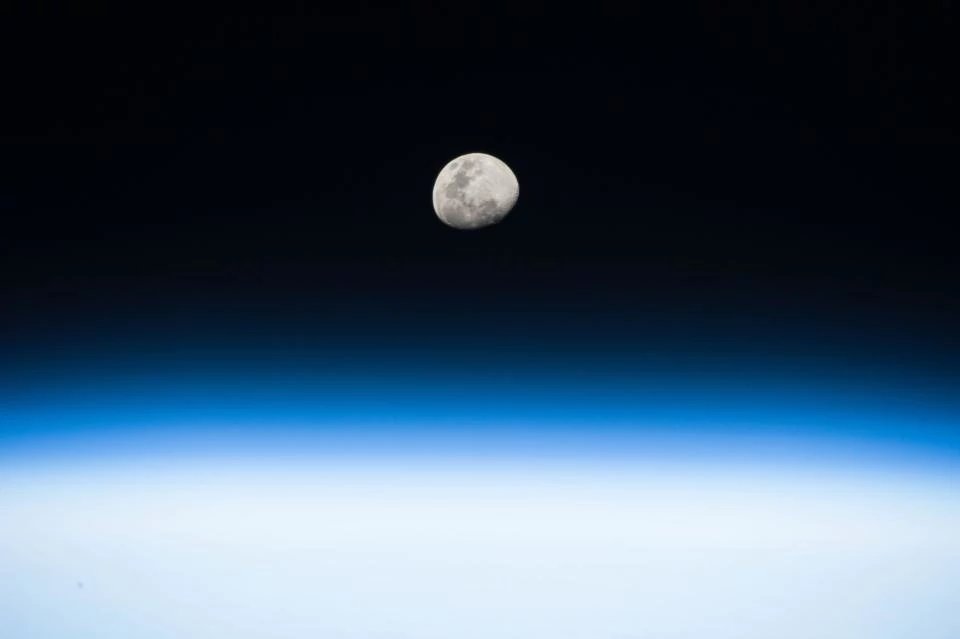 On 5th July 2017, NASA’s Solar Dynamics Observatory photographed an incredibly dynamic and active region of the sun – the highly intense and multifaceted magnetic fields of Sun that went around Sun, resulting in time-to-time patches on the solar surface, which is scientifically described as Sun spot. The picture revealed blended scenery of the visible and dramatic sunspot and also the extreme ultraviolet light that showed the vivid coils sweeping over the energetic region of the sun. 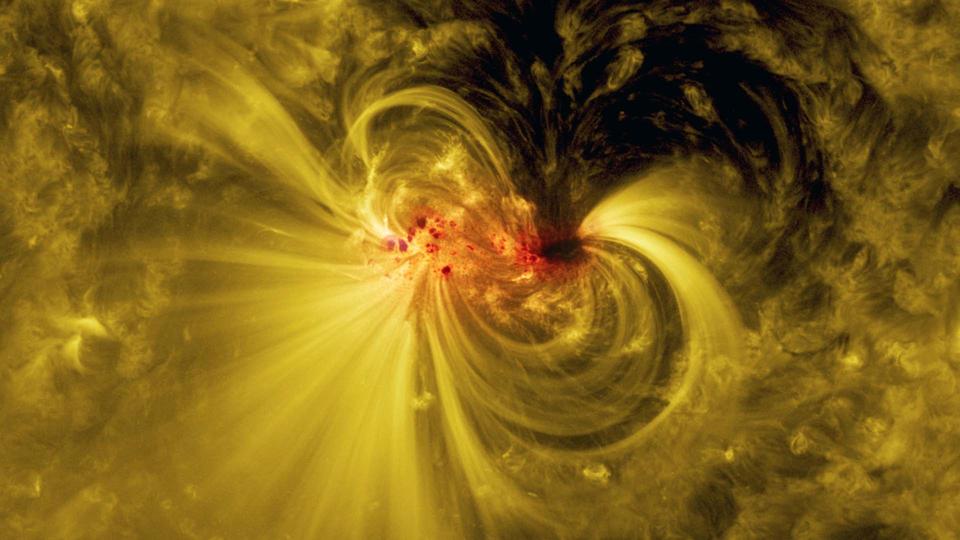 Last but not the least, NASA has also listed an inside picture of the International Space Station, where NASA astronaut Randy Bresnik was seen looking through the Bigelow Expandable Aerospace Module (BEAM) which is an investigational stretchy module of the ISS. The picture was clicked on July 31, 2017.