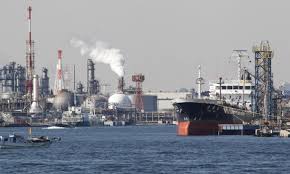 The situation is going to get worse in the future. Pieter Tans, Lead Scientist at Global Greenhouse Gas Reference Network, NOAA, states that it’s a matter of time when the entire world would average 400 PPM.

It was early 2012 when the scientists first came to know about the 400 PPM level of CO2 when the Arctic sites reached that mark. A year after this discovery, Mauna Loa Observatory of NOAA also surpassed 400 PPM mark.

On the basis of these figures, one can say that the day is not far when the average global CO2 level will surpass 400 PPM mark.

If today’s era is compared with the pre-industrial times, one can easily figure out that the out-of-limit use of fossil fuels by humans has enhanced the worldwide carbon dioxide concentrations by more than 120 PPM.

Overall 50% of the increment in the Carbon dioxide has taken place after year 1980. In order to reach this conclusion, NOAA collected air samples from 40 diverse global sites that included a few remote islands as well.

Ed Dlugokencky, Scientist, NOAA, the primary reason for collecting air samples from different locations is to average out the presence of carbon dioxide globally.

NOAA alone cannot take this initiative to the next level; hence, it works with different organizations across the globe to study different greenhouse gases like CO2.

With the help of the data received from different sources, NOAA gives recommendations about the future decisions concerning environmental changes.

The global emission level of deadly greenhouse gases has increased in the past couple of years. If scientists don’t take any perfect step, the situation can become worse in the future.