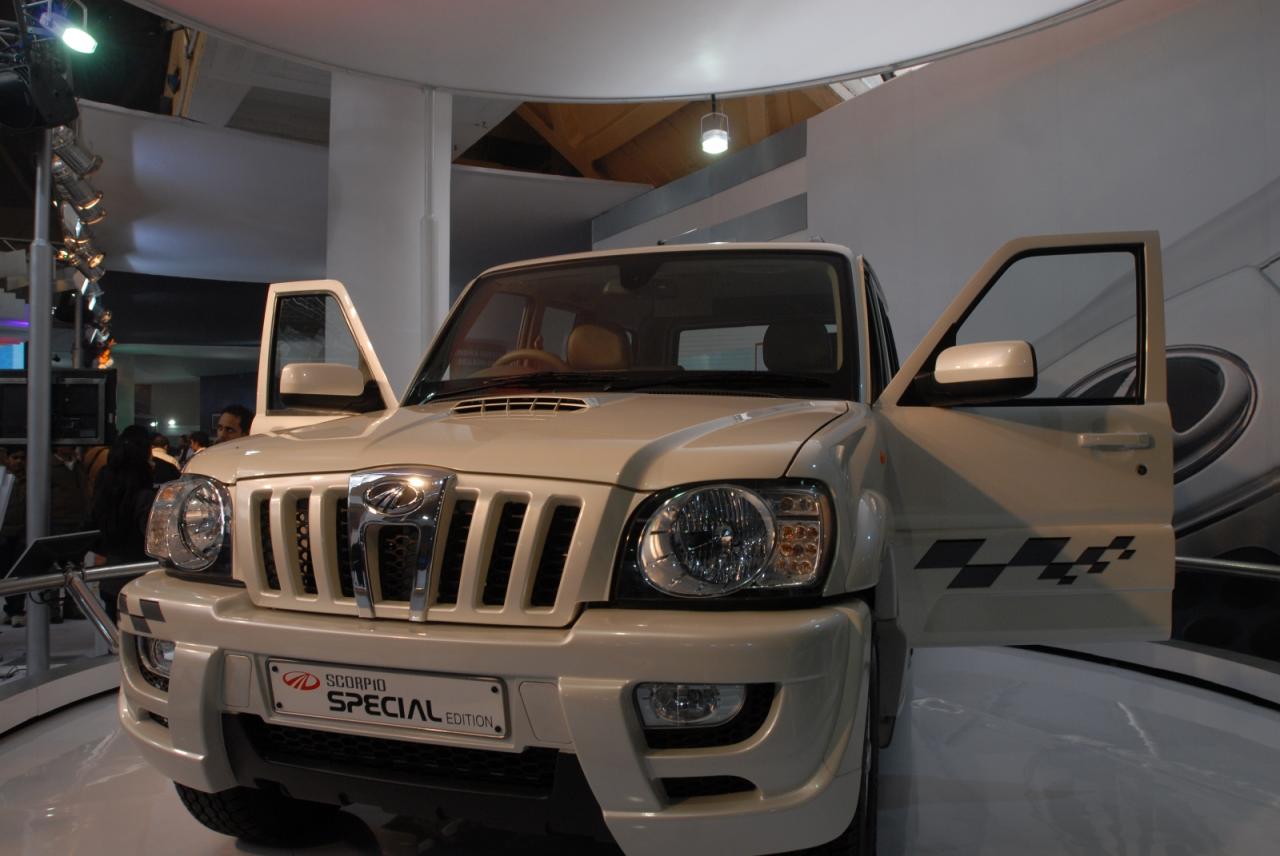 Mahindra and Mahindra announced on Wednesday, October 9, 2013 the launch of a special edition of Scorpio at Rs 11.88 lakh (ex-showroom price, Delhi).  The auto major launched their sports utility vehicle in pearl white colour equipped with luxury features and special accessories.

Mahindra and Mahindra released the news in a company statement where it confirmed that some of the luxurious features of the special edition Scorpio include new European leather seat upholstery and chrome plated alloy wheels.

The automaker added a special touch of style with luxury to modify its rough appearance. This is done by using special trims and finishes along with premium fabric and top rated accessories.

The company stated in their statement that they will produce only 500 units of the special edition of the SUV. The special edition is powered by 2.2 litre, 4 cylinder mHawk diesel engine. The machine features 120 bhp power and run 0-60 kmph in 5.7 seconds.

This new variant has special features like rain and light sensors to control wipers automatically, and headlights and Tyre-Tronics to know exact air pressure and temperature on tyres. It is also equipped with safety features like airbags and anti-lock braking system.

Additionally Scorpio Special Edition has features like intelli-park with sensors in the rear bumper, which makes reverse parking easy. For entertainment purpose, a 9” roof mounted DVD player has been fitted in the new variant.

Mahindra and Mahindra stated that the company sold over 4 lakh units of Scorpio ever since the brand was launched in 2002. Moreover, the past two years saw the sale of more than 50,000 units of the SUV.

According to Vivek Nayar, M&M chief marketing officer, Automotive Division, the Scorpio Special Edition will be an instant hit with consumers with its classy appearance and plush interiors.  He further stated that this limited edition will set a benchmark in terms of class and exclusivity.