Lucky Lady online game review: Should you play it? 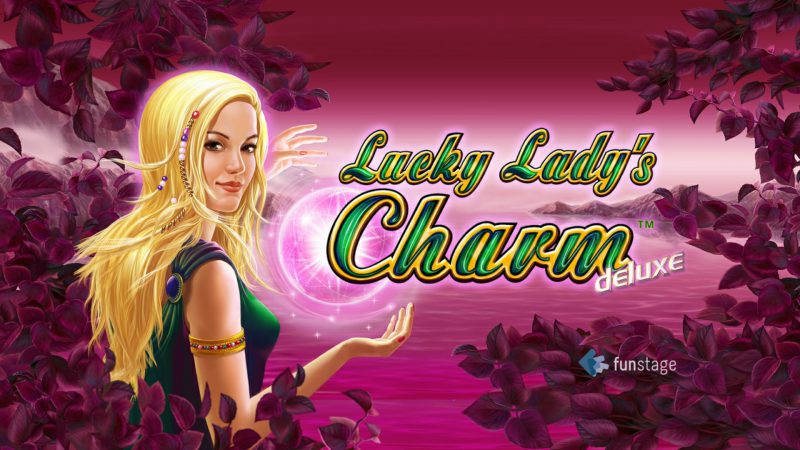 Luck is a concept that has fascinated mankind for ages. Throughout the times, we have tried to understand and explore it, perhaps some have even attempted to think about ways to control it. But alas, that is not quite possible. However, there are certain ways to issue the illusion of the concept, or means of drawing luck to yourself, in the opinion of some. That is how lucky charms and a whole lot of superstitions have come to be.

But who does this tie to slots? Well, apart from the fact that luck is a major factor in this type of games that are very straight-to-the-point and do not involve intricate mechanics, the one to be discussed further gets its theme precisely from that: talismans and other luck-bringers.

Lucky Lady’s Charm is a slot machine game that has 5 reels and 10 pay lines to play on, a title that has quite the rep, especially online. Made by the illustrious Novomatic brand, the game is of high volatility, has the trade-mark features the loyal frequenters have been used to form the said maker and due to its success, has received a newer, Deluxe version, as per custom in this domain.

The card symbols have the lower values but are as present as in near any slot game. Then, the symbols’ ladder goes like this: clovers and gilded coins, horseshoes, rabbit-feet and ladybugs, the crystal orb of the lucky lady, the fortune-fairy herself. Their payouts (value per symbol in given combinations) increase in that order, the last two being the SCATTER, and respectively, the WILD.

The WILD has the ability to replace other symbols and double the value of combos it is featured within, while the SCATTER is your ticket to the awesome free spins, full of expanding icons and increasing bonuses. And last, but not least, the customary option to double wins while running the risk of losing them is also available.