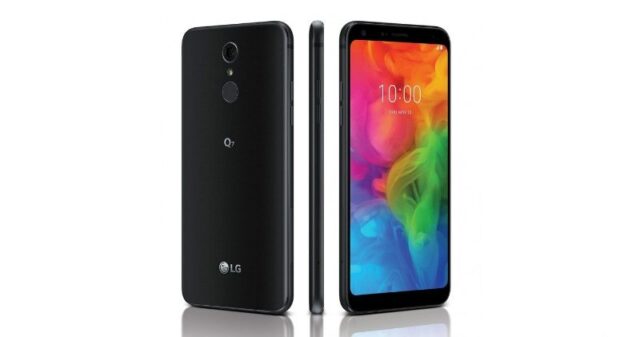 LG Q7 has been launched in India for a price of INR 15,990, successor to last year’s Q6. The handset will be offered in Aurora Black and Moroccan Blue colour variants and goes on sale across retail outlets in India from September 1.

The LG Q7 features a 5.5-inch FullVision Display having an aspect ratio of 18:9. Under the hood, the device gets powered by MediaTek MT6750S processor bundled with 3GB RAM and 32GB of built-in storage. The device also offers expandable storage of up to 512GB via a dedicated microSD slot. Juicing up the handset is a 3000mAh battery with support for Qualcomm Quick charge 3.0.

As far as OS goes, the device ships with Android 8.1 Oreo out-of-the-box.

In the photography department, the LG Q7 features a 13MP primary camera with f/2.2 aperture and PDAF. For selfies, the handset comes with an 8MP front-facing shooter with f/1.9 aperture.