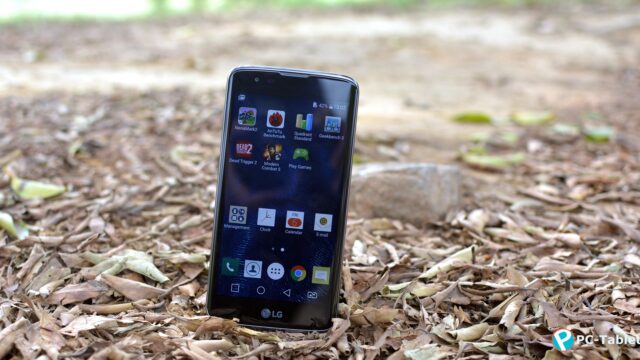 LG introduced K7 LTE as a budget offering from LG K series line-up which was showcased at CES 2016. LG is known for experimenting with the design in the flagship devices, but this is the first time we are looking at a striking design in budget offerings from LG.

Also, can be called the younger sibling of K10, the K7 LTE is much like its brother. The design approach is very elegant and subtle having plastic build at the back. The display has slightly curved edges that make it perfectly easy to hold. Evidently, LG K7 LTE is designed in style for 4G connectivity with astonishing aesthetics. 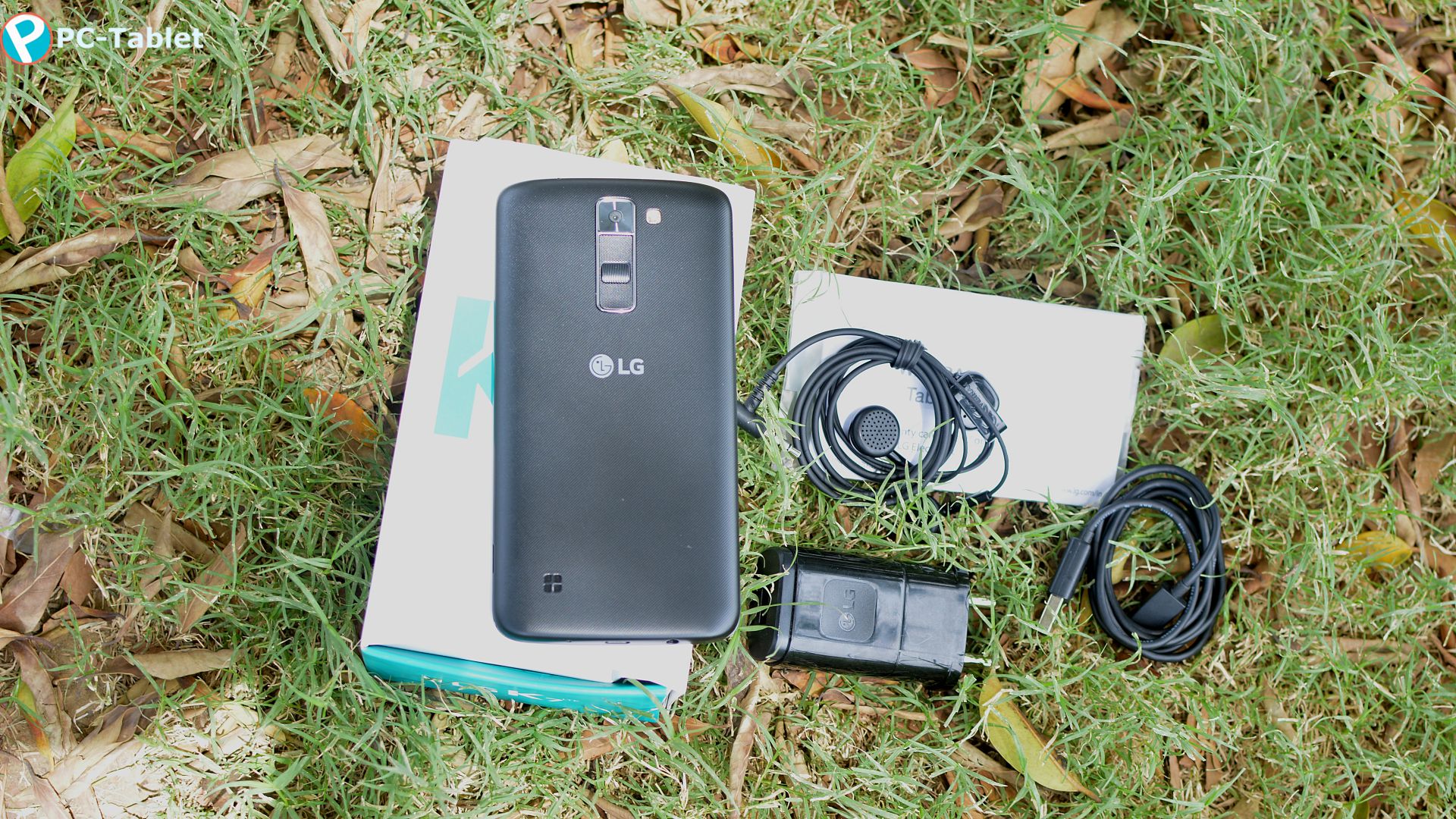 The front has 5-inch 2.5D ARC glass design display having LG branding at the bottom and 5MP camera module accompanied by proximity sensor right above the screen. Since the ambient sensor is missing so, you don’t get auto brightness feature. You’ll find on-screen touch buttons, and they can be customized according to your ease.

LG has moved volume rockers and power button at the back followed by camera and LED flash, and the loudspeaker grill is located at the bottom left corner. There are no buttons on both the sides while 3.5mm headphone jack, Micro USB 2.0 port, and primary microphone are present at the bottom and top is home for secondary mic only.

Back is made of plastic, has rugged texture and arched design, thus adds a good grip. Under the hood, we figured out two nano SIM card slots, a MicroSD card slot, and a 2125 mAh removable battery.

Dimensions are measured at 143.6 x 72.5 x 8.9mm and weighed at 141 g, consequently makes the device sleek and very much light, thus easy to operate single handed.

It features a 5 inch FWVGA In-Cell Touch Display with 854×480 or 480p resolution, not even close to 720p resolution. Indoor visibility is appropriate but fades out while operating under sunlight.

I didn’t have trouble in viewing angles; they are fine. Also, it’s a rich in color and bright display while using indoors, so color reproduction and saturation was satisfactory.

LG K7 is powered by Qualcomm Snapdragon 210 quad-core chipset which is cloaked at 1.1 GHz. The smartphone is backed up by 1.5 gigs of RAM coupled with Adreno 304 GPU. Surely, the numbers don’t seem fascinating when every other budget smartphone is coming up with 3GB of RAM at least. 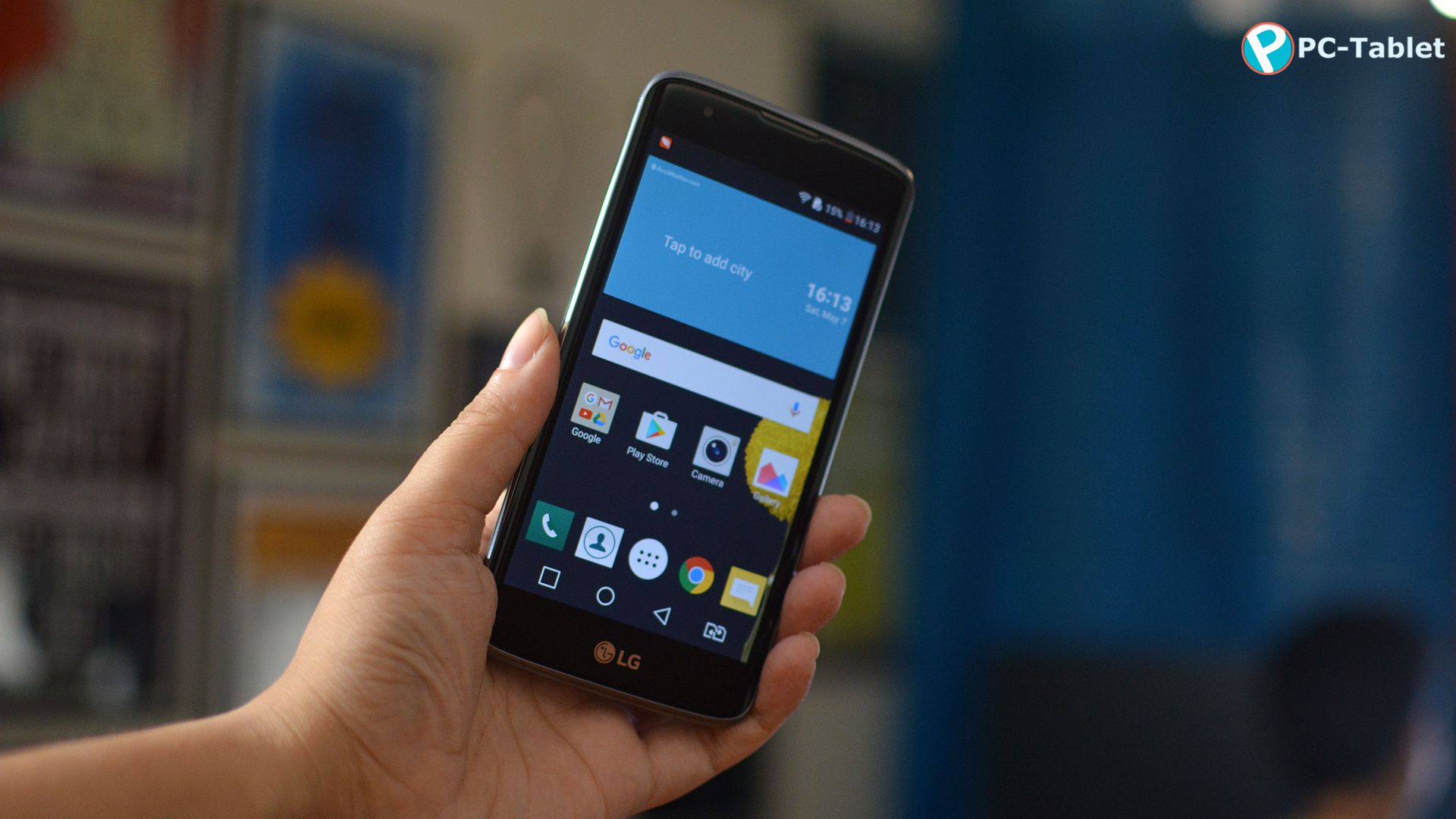 However, in my regular usage, I didn’t face any instance where my phone froze or any sign of lag due to multi-tasking. But if you are a gamer, I wouldn’t suggest it for consideration. I tried Modern Combat 5 and it froze completely several times. So, a big no for gamer.

Storage front has 8GB ROM out of that 3.3GB is available to use after first boot. To overcome the limited storage, you get an option of expansion up to 32GB via MicroSD card.

Software front runs Android 5.0 Lollipop having LG’s UX UI on top of it. There is no information when LG will roll out the software update. 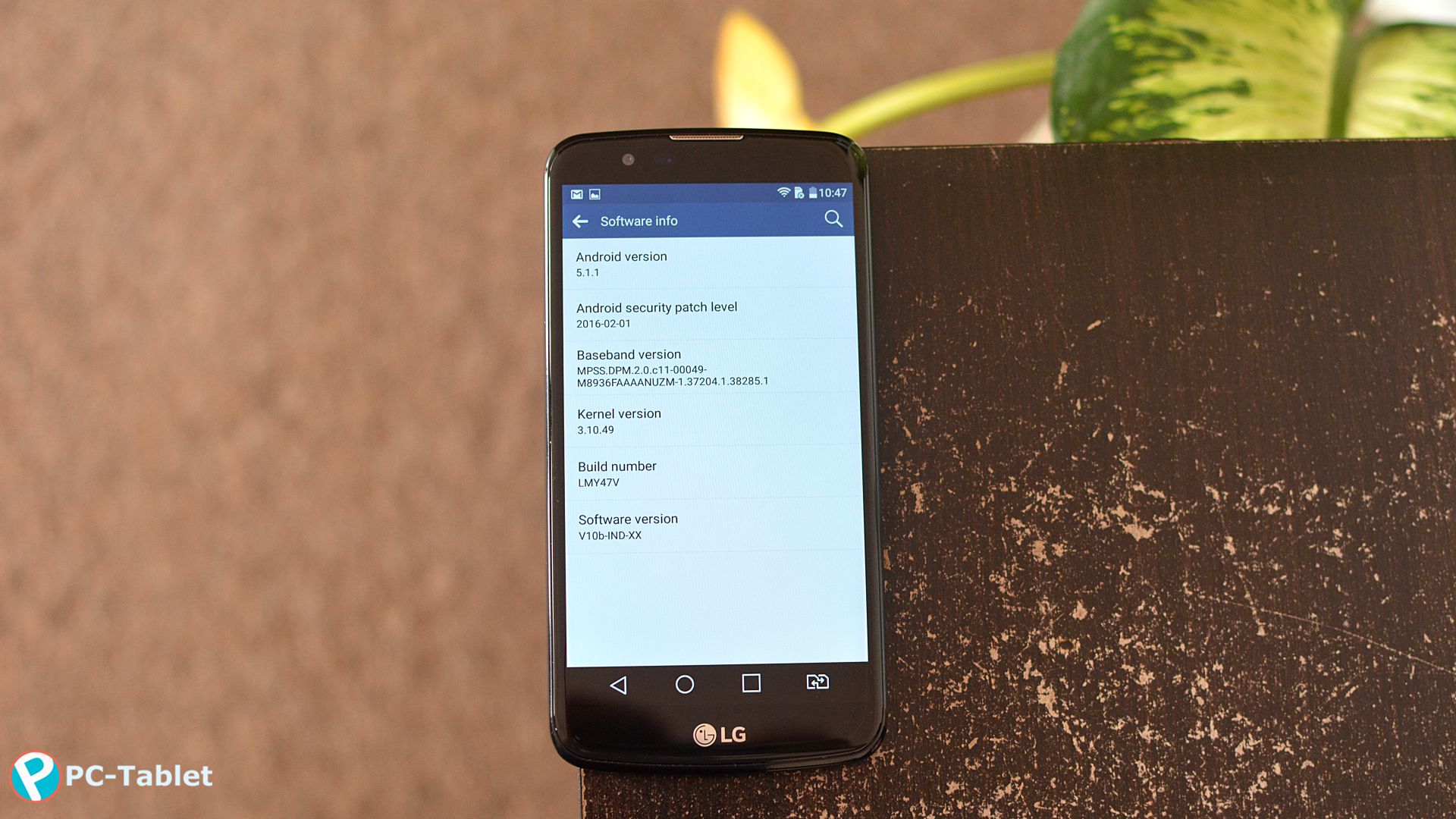 You can directly launch shortcuts from the lock screen; they can be customized as well from the settings. Volume can be controlled from the notification panel and the volume rockers located at the back as well. The best part of this smartphone is, you don’t have to deal with bloatware.

LG K7 comes with 5MP front and 5MP rear auto-focus camera. Not best of the lot but brings out good shots in daylight, however, the color looked bit dull. On the other hand, in low light conditions, images were full of noise, and it gets even worse as it lacks HDR. 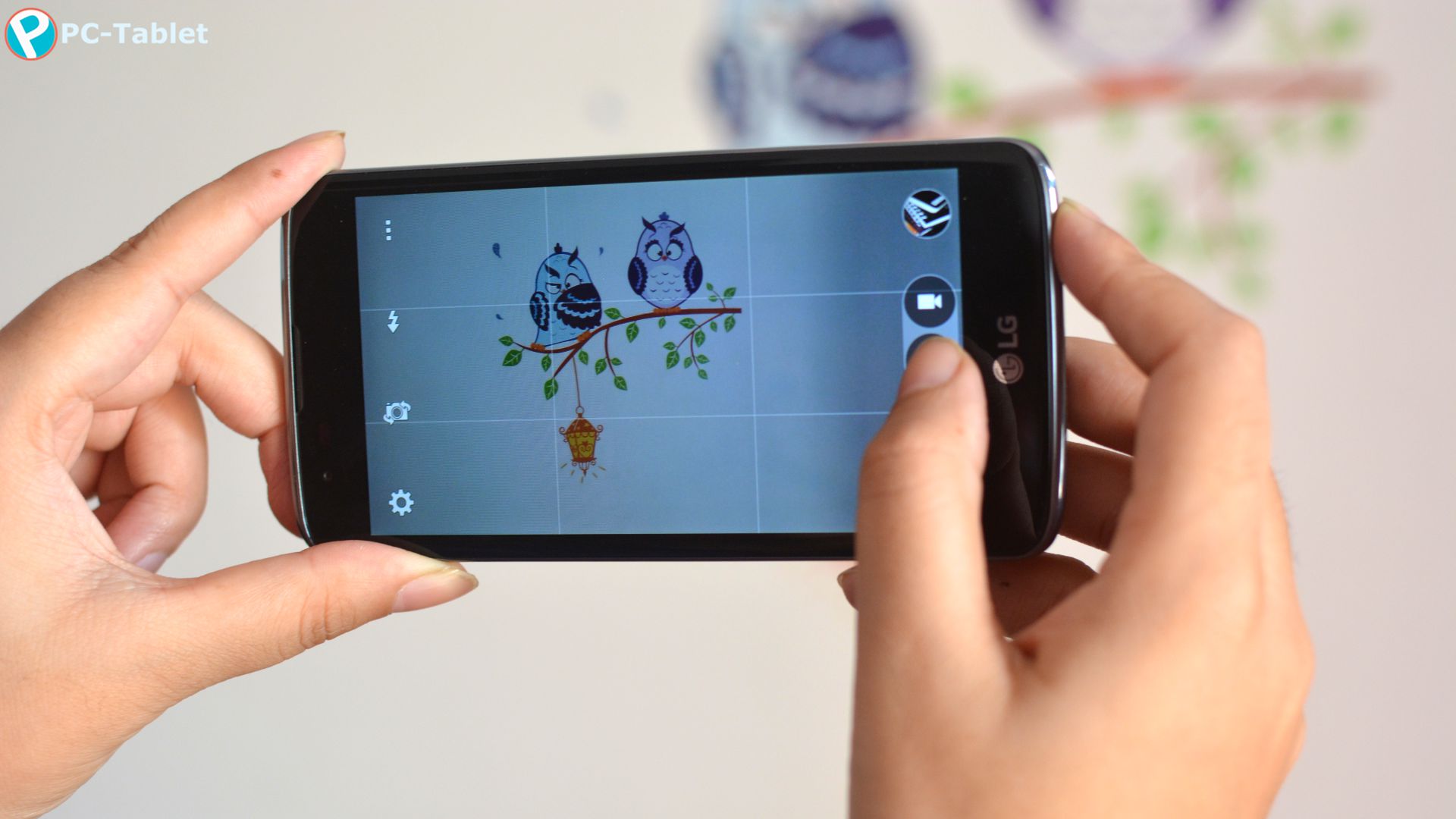 On the contrary, shots taken with flash were clearer and brought out details and bright colors. Overall, a decent and smooth UI experience. The camera comes with gesture mode, burst shot and interval shot, but lacks essential features such as- HDR, Panorama, and various filters. 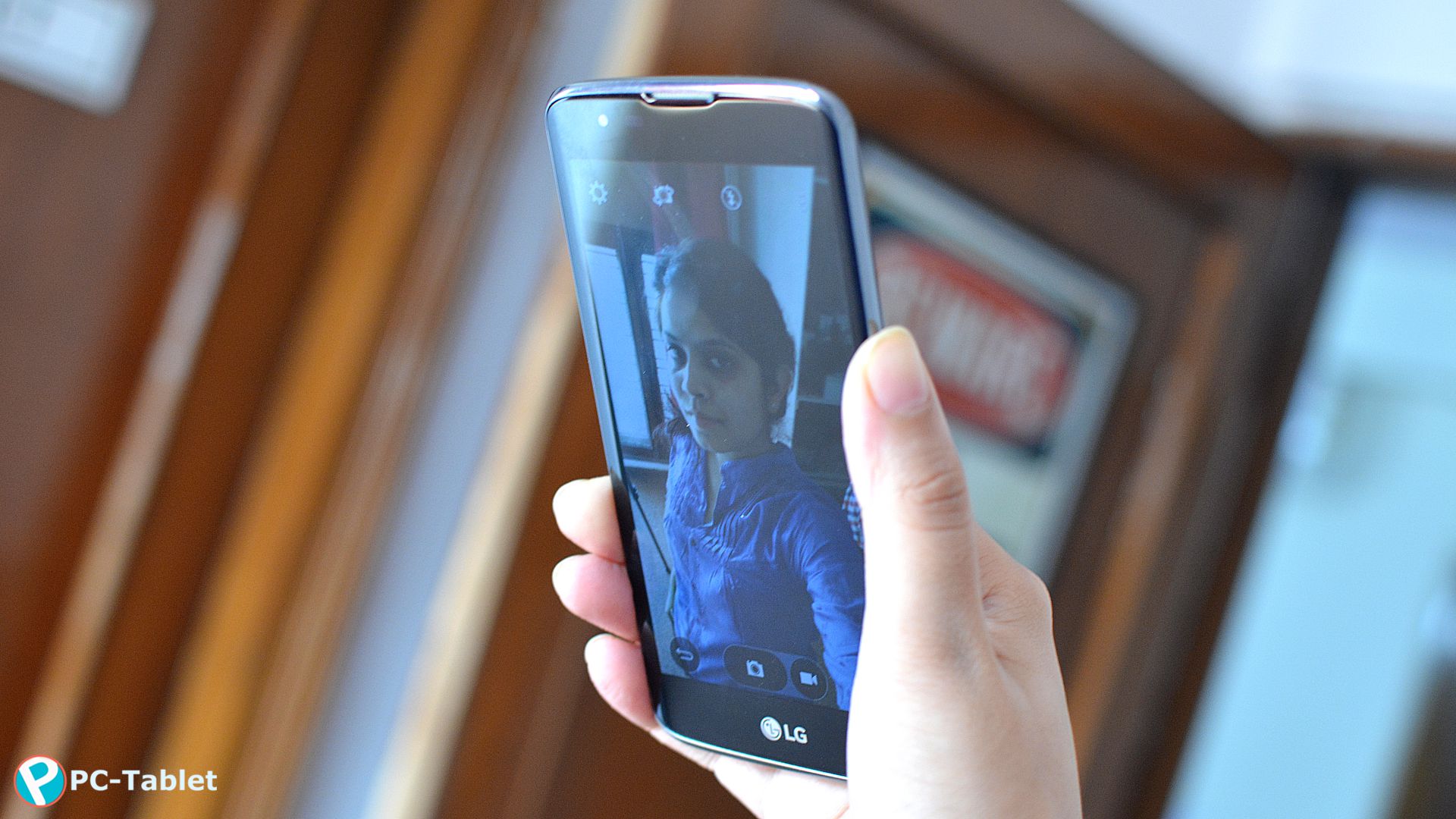 The front camera is good enough for selfies but nothing extraordinary. It can record videos at 30fps with 720p resolution. No FHD recording as well. However, quality is just average.

Battery life is pretty decent as it lasts a full day on single charge. That is pretty much you get out of a 2125 mAh battery. To survive few more hours, there is a battery saver mode that helps in staying juiced up longer by reducing the display brightness to save power. Battery performance while gaming is also acceptable, 20 minutes of gaming could consume only 5% of the battery. 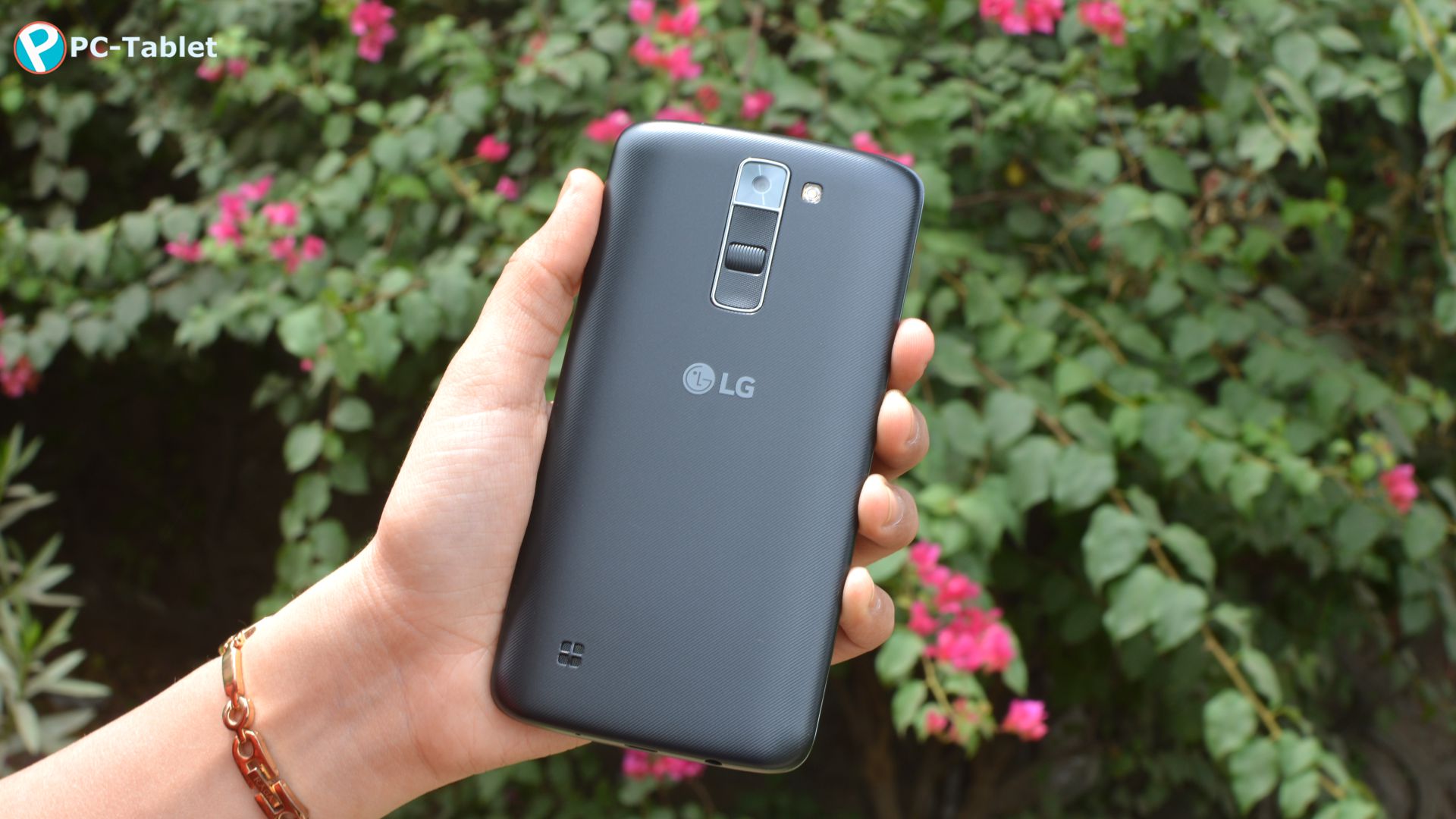 For a price of 8,999 INR, it can be a sweet deal for people who are more inclined towards looks and not the specs. Undoubtedly, the smartphone offers superb looks, good build quality, and decent performance but at a higher price. But who installs a 480p display in a smartphone that has been released in 2016? LG should keep in mind that it’s pointless to do!

LG tried to place K7 in mid range smartphone competition but it is neither a budget smartphone nor a smartphone having premium specs. Overall, LG failed to justify the reason for featuring low-end specifications for this price tag. And yes, the phone is available in the offline market only.