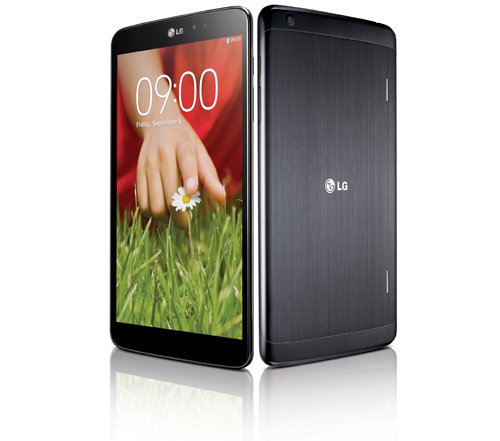 Following the release of a brief teaser YouTube video, LG has revealed more details about its 8.3-inch tablet it is planning to unveil at this week’s IFA trade show in Berlin. The Korean electronics maker has confirmed the newest addition to its G series. Advertised as LG G Pad 8.3, the tablet will sport an 8.3-inch WUXGA display and weigh less than a pound.

Under the hood the tablet will run a Qualcomm Snapdragon 600 processor clocked at 1.7GHz, aided by 2GB of RAM. Besides, it will come with Android 4.2.2 Jelly Bean pre-installed and available in black and white colors

“Complementing our G Series smartphones, the introduction of the LG G Pad 8.3 further strengthens LG’s premium lineup consisting of our most cutting-edge devices. Our G Pad is just another example of LG delivering devices with the unique selling points consumers around the world will appreciate”, said Dr. Jong-seok Park, president and CEO of the LG Mobile.

The highlight of the tablet will be its Slide Aside feature and Q Slide feature. While the former will enable multitasking by sliding currently running apps off to the side using a three-finger swipe, the latter will let you control up to three different apps in one window with no interruption.

The Korean manufacturer hints tablet will be rolled out globally in key markets including North America, Asia and Europe in the fourth quarter of 2013. Prices have not yet been revealed/disclosed. The information is likely to be provided at launch time.