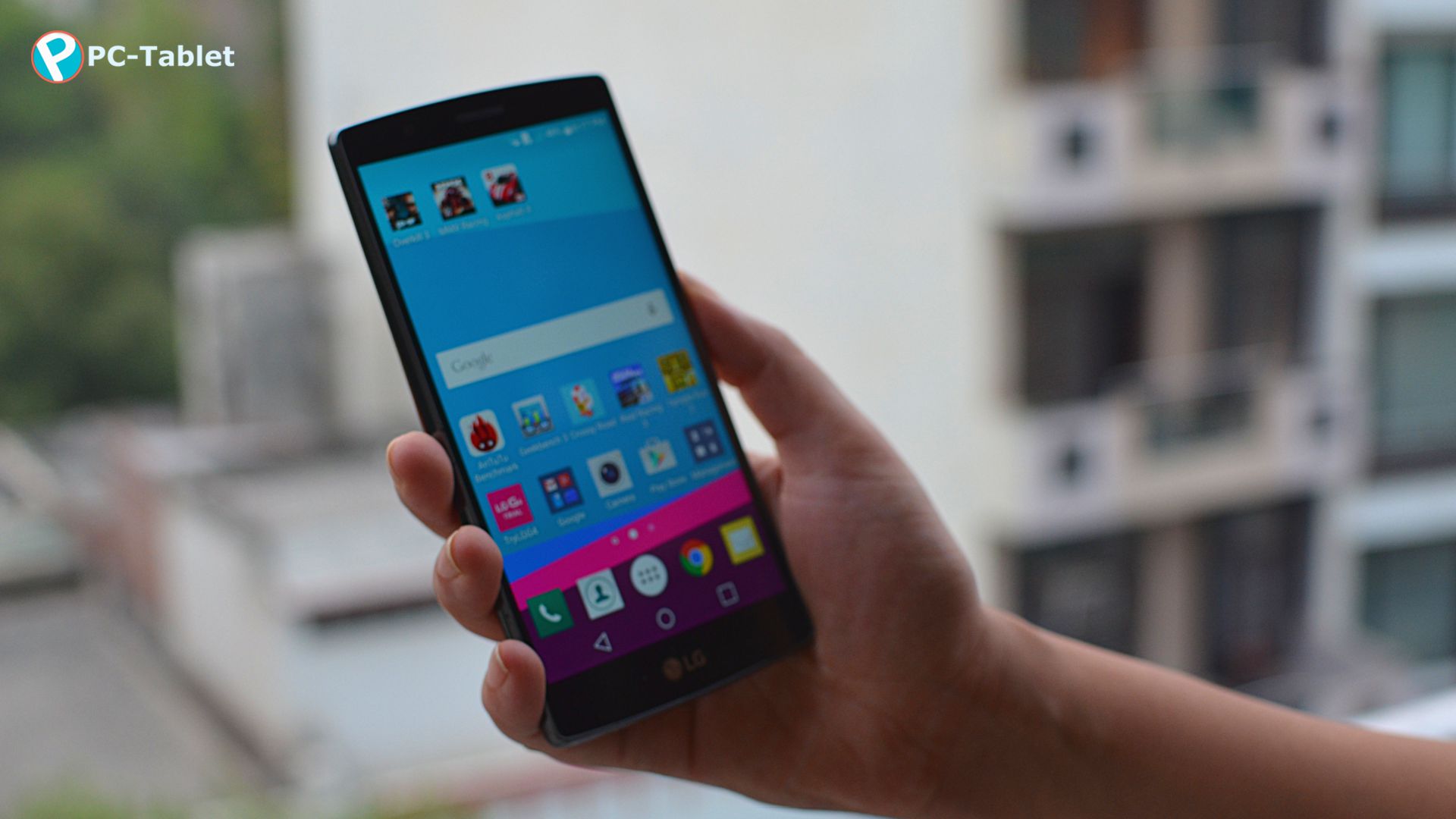 Released back in April of this year, The LG G4 is the successor of LG G3, the 2014 flagship of Korean electronics giant. The new G4 just looks more or like similar to its previous counterpart but do have some noticeable upgrades as well.

So, is it just an incremental update with a sole reason for existence is just to keep up with an annual release cycle or does it offers a lot more? Let’s find out. I have been using the G4 for several of weeks now and this is my coverage on LG G4.

To start with the build of the phone, it measures at 148.9 –by-76.1-by-9.8mm, and weighs around 155 grams. The phone has plastic bezel, removable back cover, and buttons on the rear of the phone. So nothing on the phone chassis except few ports. Quite nice and clean! 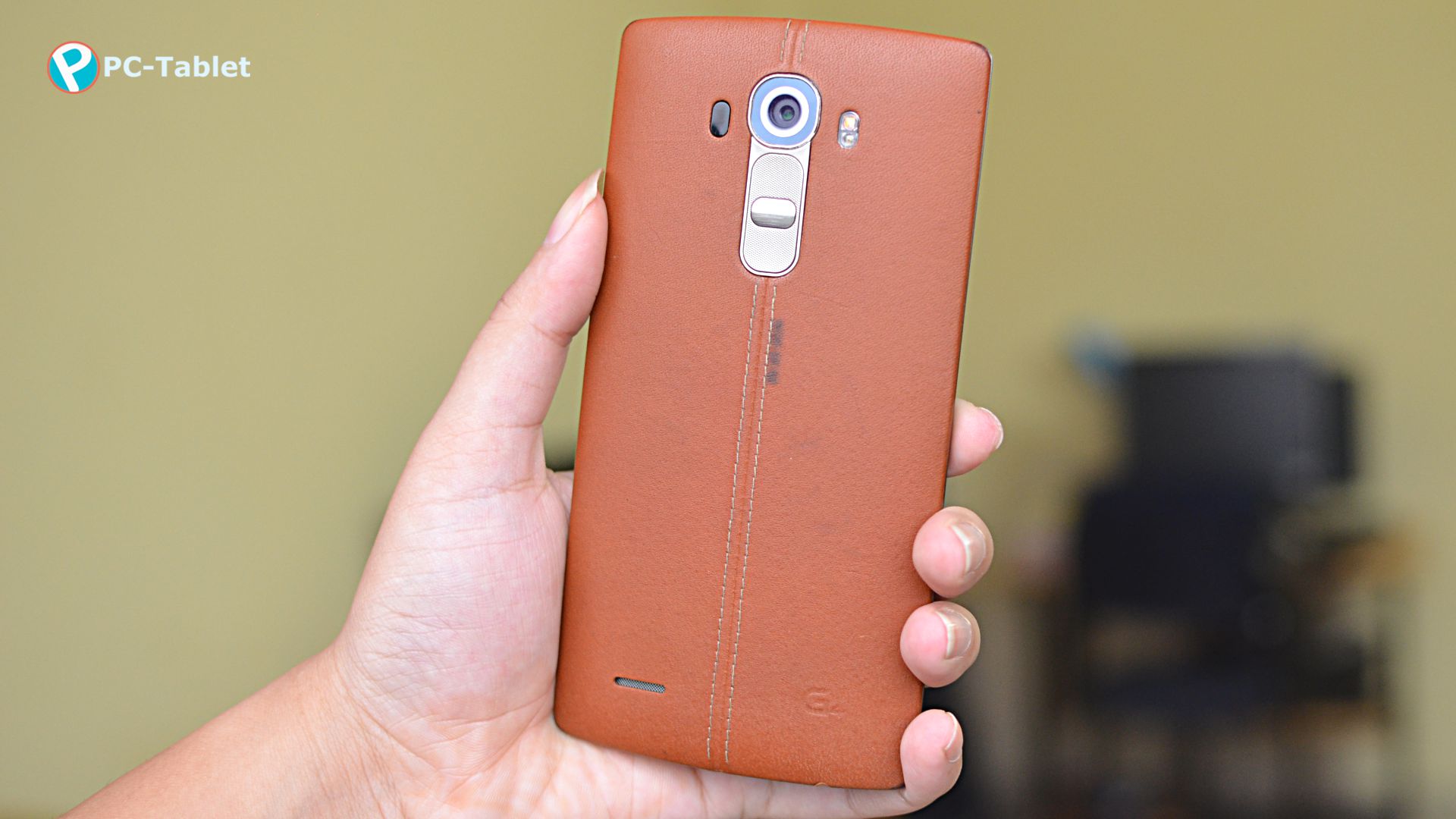 The power button just between Volume rockers, just right below the rear camera module. Feels pretty handy to operate single-handedly. Here is the primary speaker right at the bottom of the phone’s back. 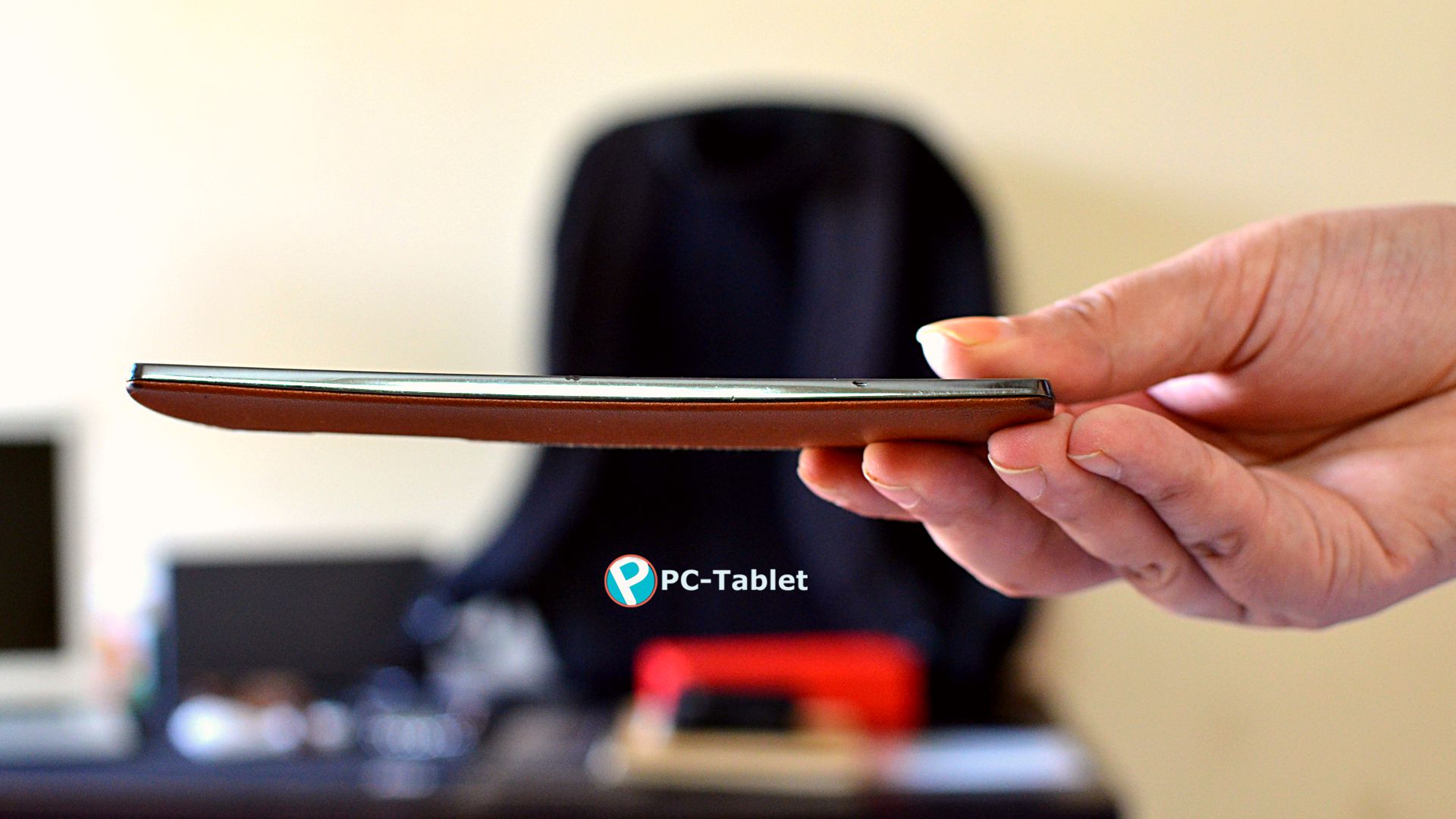 It is slightly curved from the back, and one thing that you cannot avoid at all is stunning leather-clad design. The durability is something to question here, but then this premium piece of work is preferred over a bit less durability if compared with metal or plastic back covers. 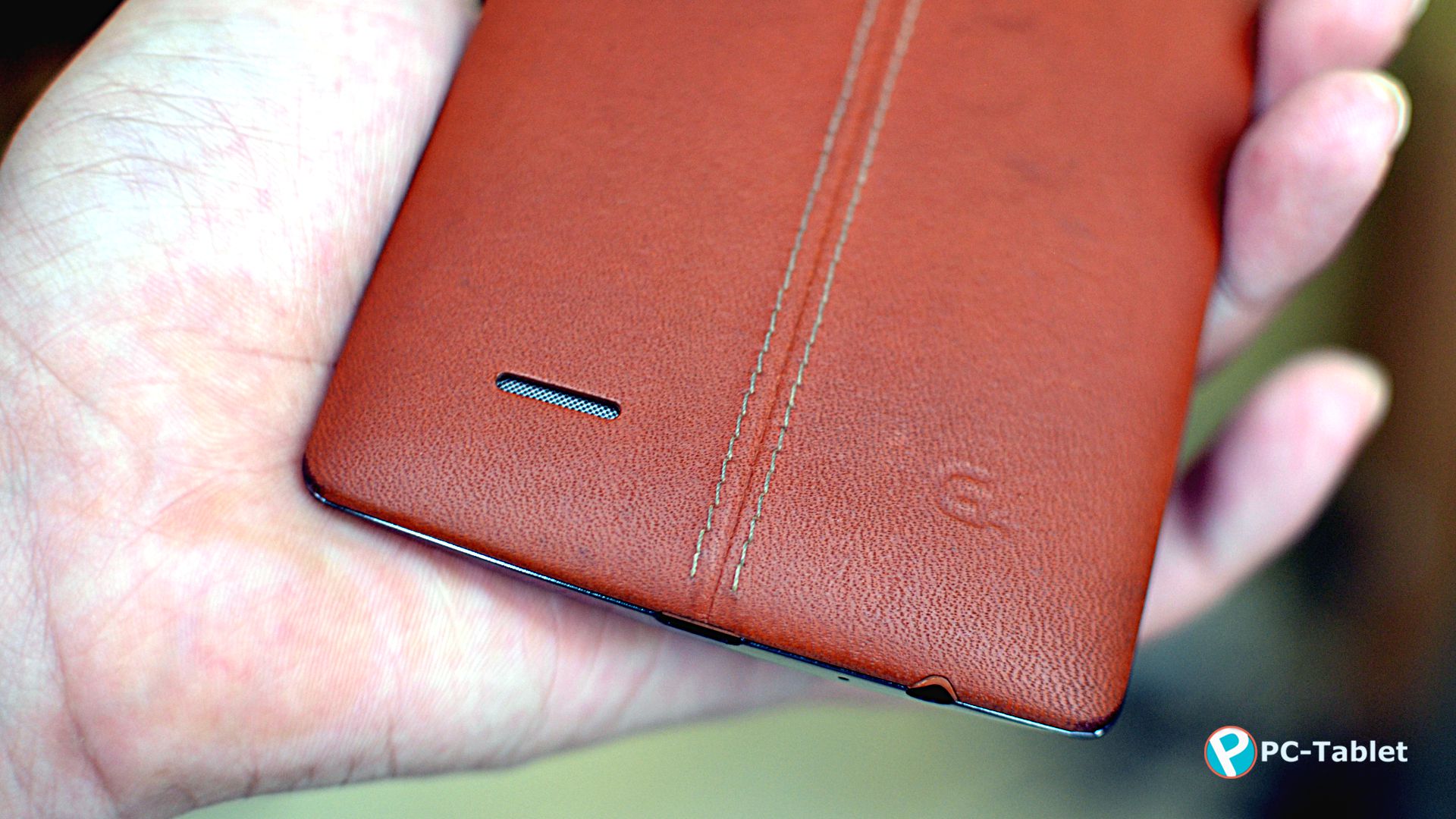 The leather cover comes in three colors – Black, Brown, and Red. However, more color options are available for the US variants. LG also offers two metallic finish plastic back shells as well in Grey and Ceramic White colors. 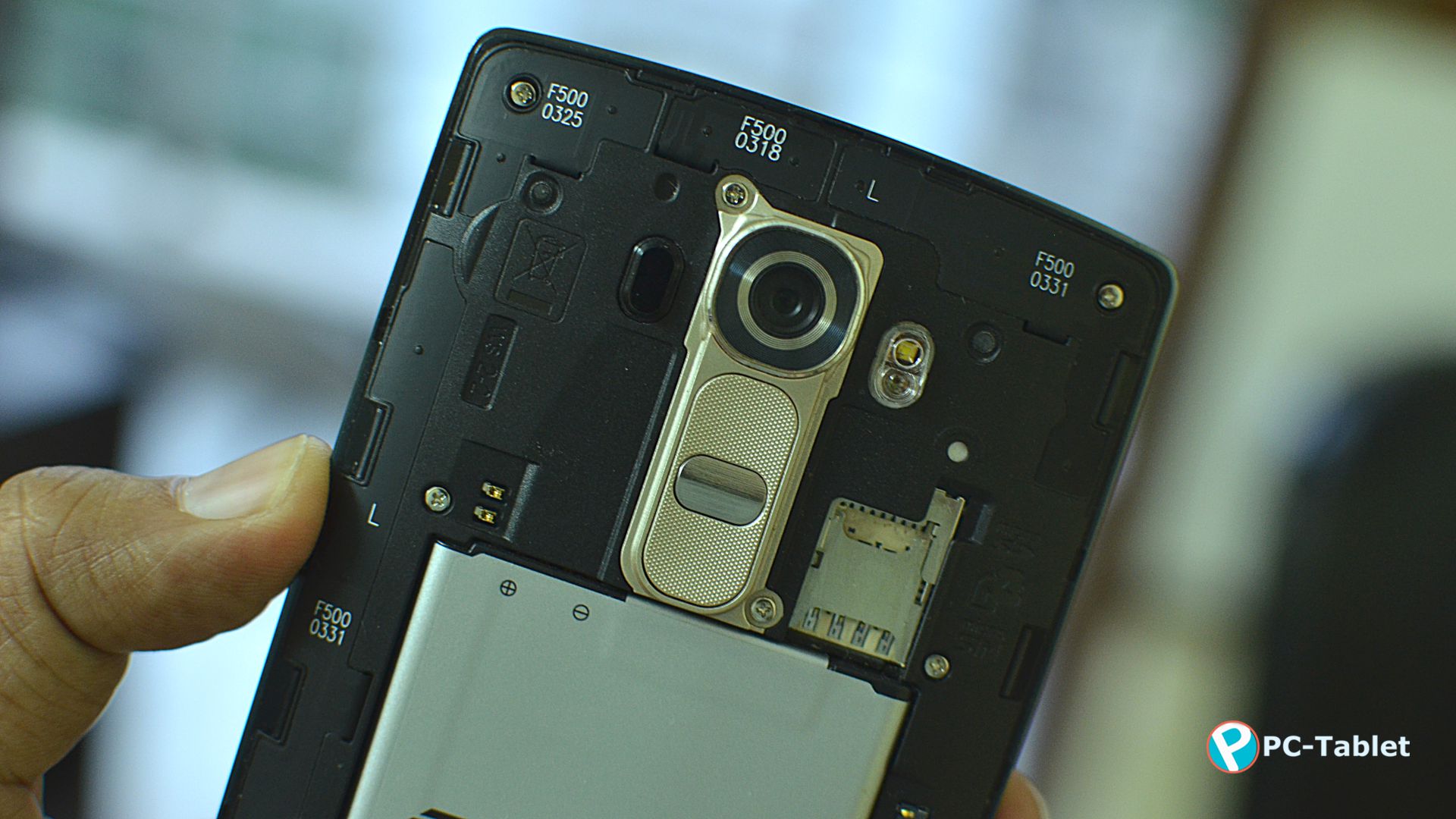 LG is using its home manufactured 5.5-inch IPS Quantum display, the company calls it a “Quantum Display,” not be confused with Sony’s quantum dot screens.

G4 features 16-megapixel rear and 8-megapixel front shooter. The powerhouse of this smartphone is Qualcomm Snapdragon 808 processor with 3GB RAM and runs on Android 5.1 Lollipop; stealing the performance.

It comes with 32GB internal storage that can be expanded up to 2TB via a microSD card. Well, 2TB microSD cards are not yet available in the market, but LG has already prepared the G4 for the future. 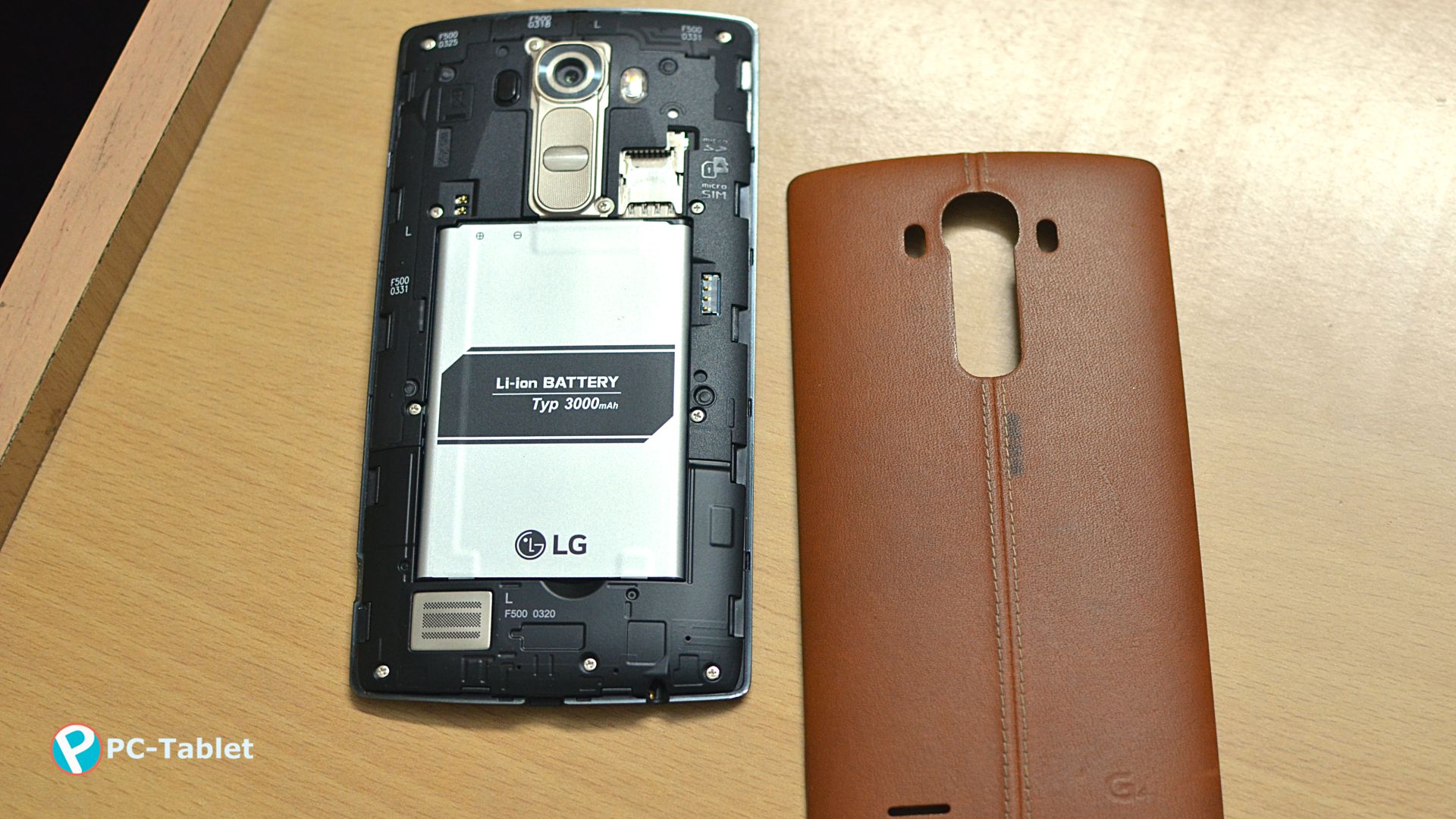 Underneath the removable back, you’ll see a removable 3000mAh Li-ion battery, micro sim card and a microSD card slot for expandable storage.

The microphone, 3.5mm audio jack and the micro-USB 2.0 port for charging and synching are placed at the bottom of the phone. Whereas top of the phone holds the noise cancellation mic and an IR blaster. Moreover, I love this feature because if you lose your TV’s remote, it enables you to control your TV through your phone.

LG G4 has some noticeable features that are worth talking in detail, so let’s have a look at them. 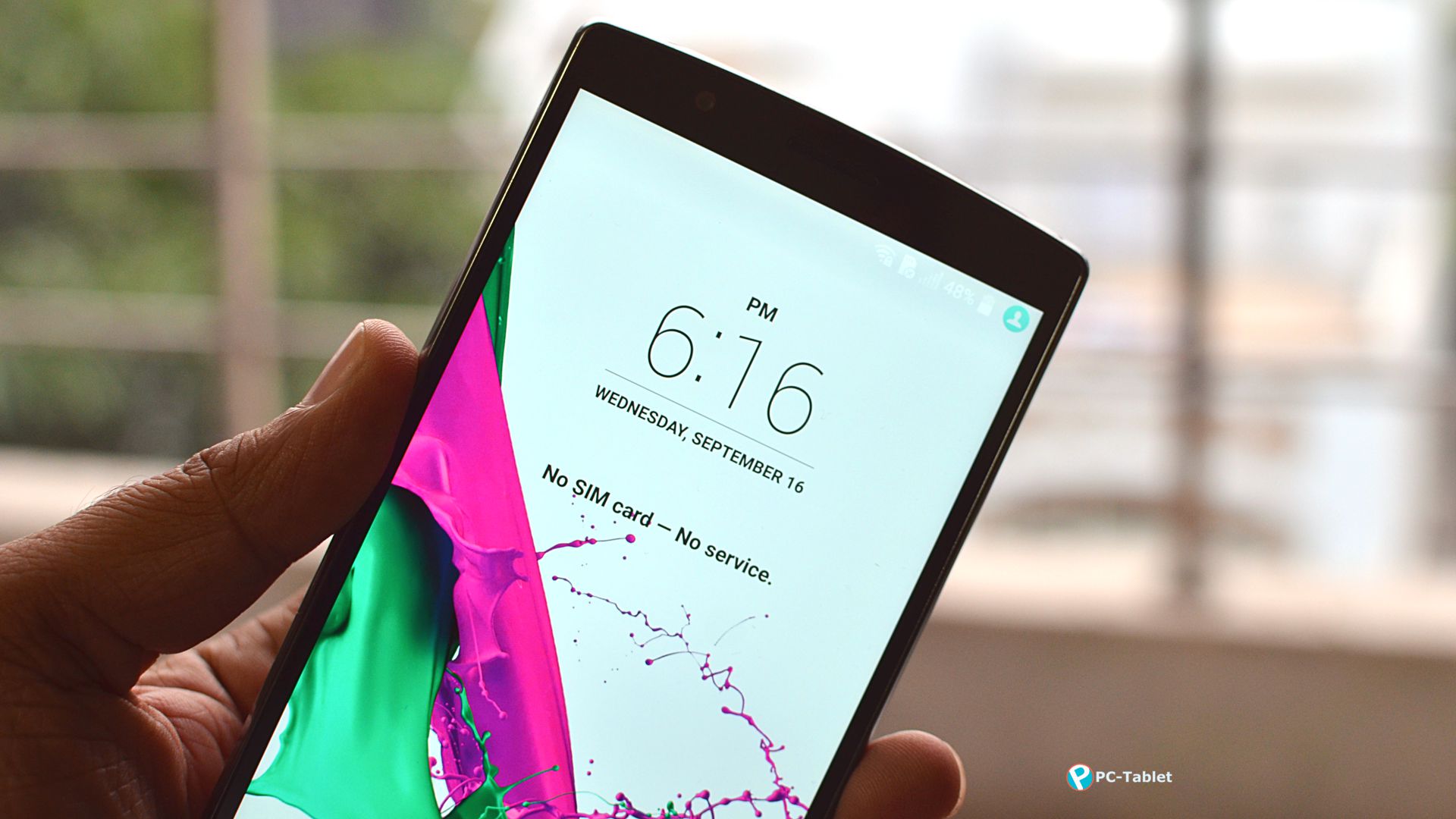 If we talk about the display of LG G4, man it has a gorgeous one! 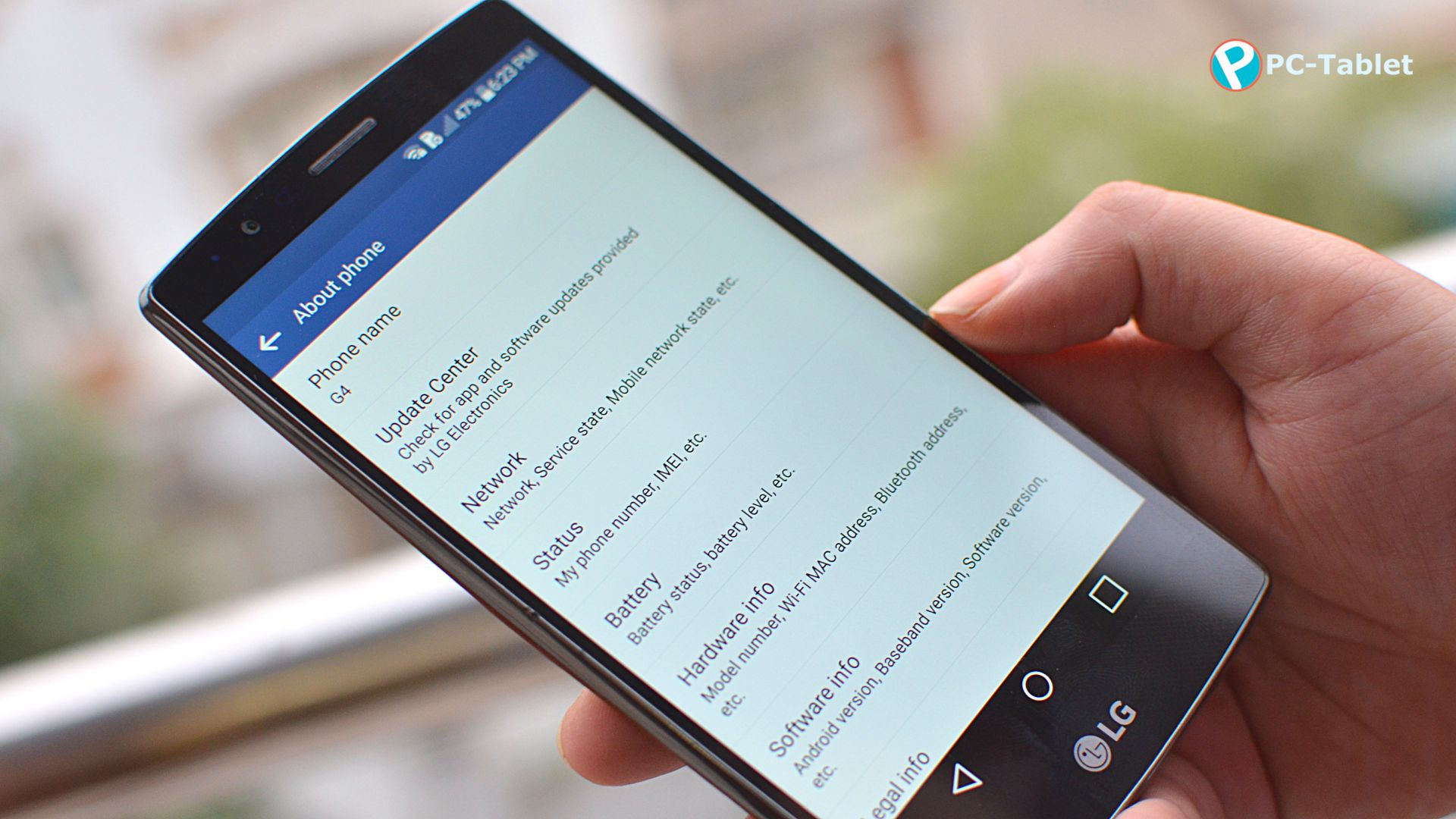 LG used a 1.8 GHz 64-bit hexacore Snapdragon 808 processor instead of Snapdragon 810 chip and Adreno 418 GPU in G4, which may have been the source of its overheating and slower benchmarks. However, when I tested it to perform some power intensive tasks, the phone performed better than my expectations.

The performance of this phone has been extremely solid. Lag free gaming, Web browsing is very smooth, flawless switching between opened apps. LG has put the 3GB RAM to a good use in G4. 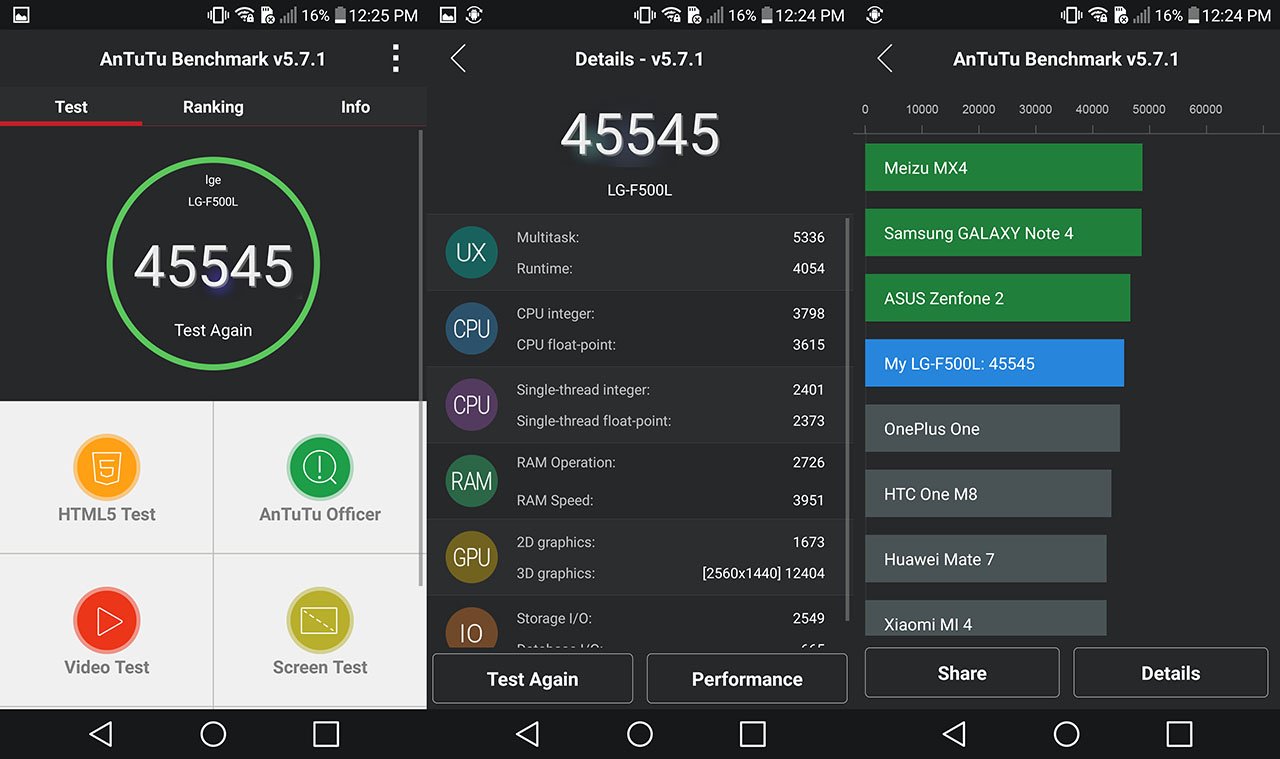 We put this phone through Geekbench and AnTuTu benchmark testing; the results were surprisingly a bit of a disappointment. Phones like Meizu MX4, Samsung Galaxy Note 4, and ASUS Zenfone 2 scored better than the G4.

It scored 1163 in single core and 3182 in multi-core performance at Geekbench 3 processor benchmarking test, which is higher than Samsung Galaxy S5, Moto X and LG Nexus 5.

I tried Subway Surfer, Temple Run 2, Crossy Roads, and then I moved to Asphalt 8, Real Racing 3, Overkill 3, and Call of Duty Heroes. Though they took some time to load and start, in-game experience was good. Felt no lag at all while playing any of the game. 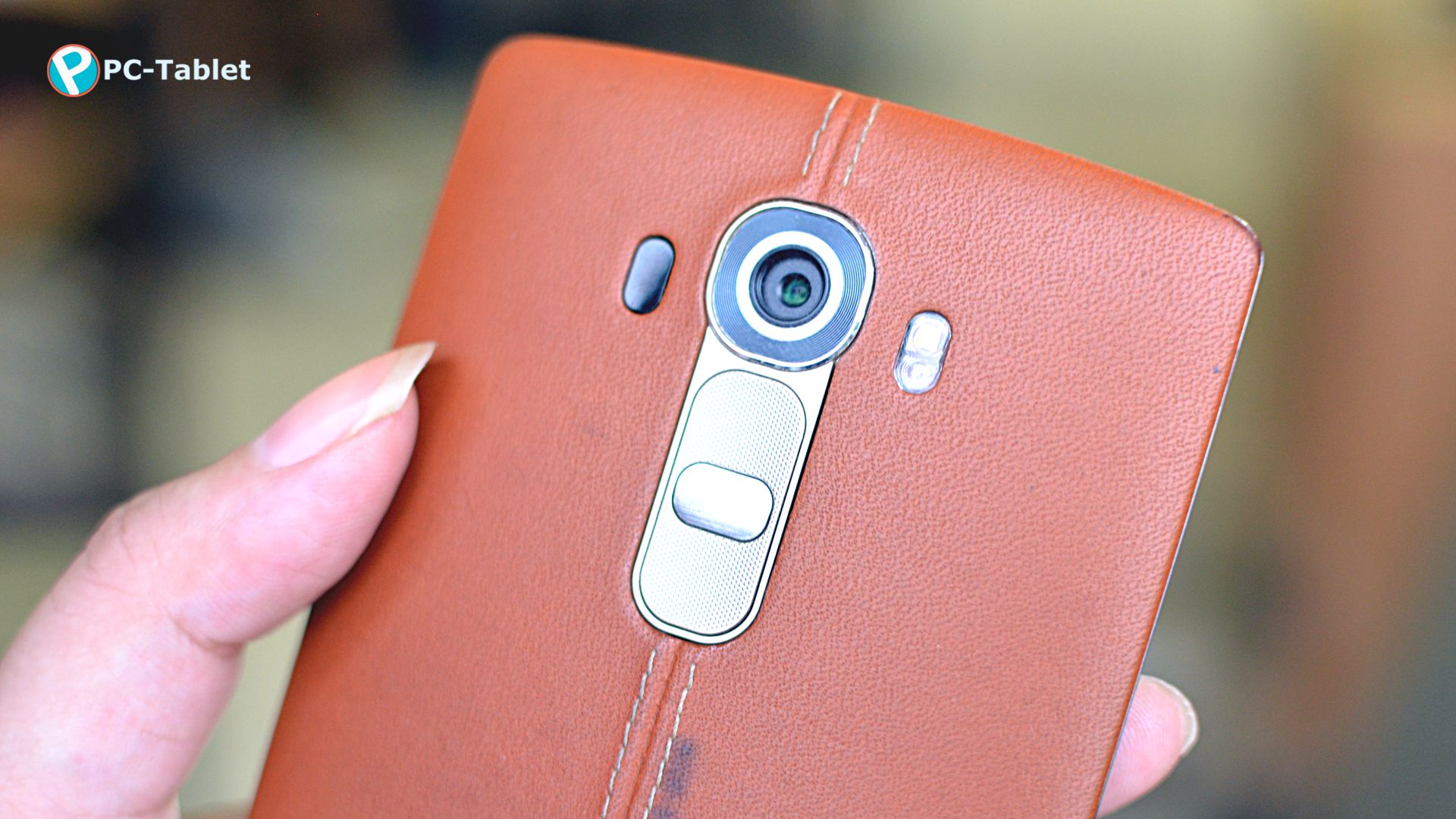 If we talk about the camera, it is a 16MP camera with a dual-tone LED flash and a wide open F1.8 aperture, which is the widest of any smartphone currently available in the market. While the camera remains the same 16MP, photo quality is much more improvised over the G3. You can record 2160p or 1080p videos @30fps with this camera. It also has a 120fps slow-motion mode at 720p, but no 60fps mode, even at 1080p.

Since its launch, its camera has been one of the phone’s most talked about features. The G4 camera features laser detection auto-focus, OIS 2.0- an improved optical image stabilizer, which allows it to snap quick and clear pictures. 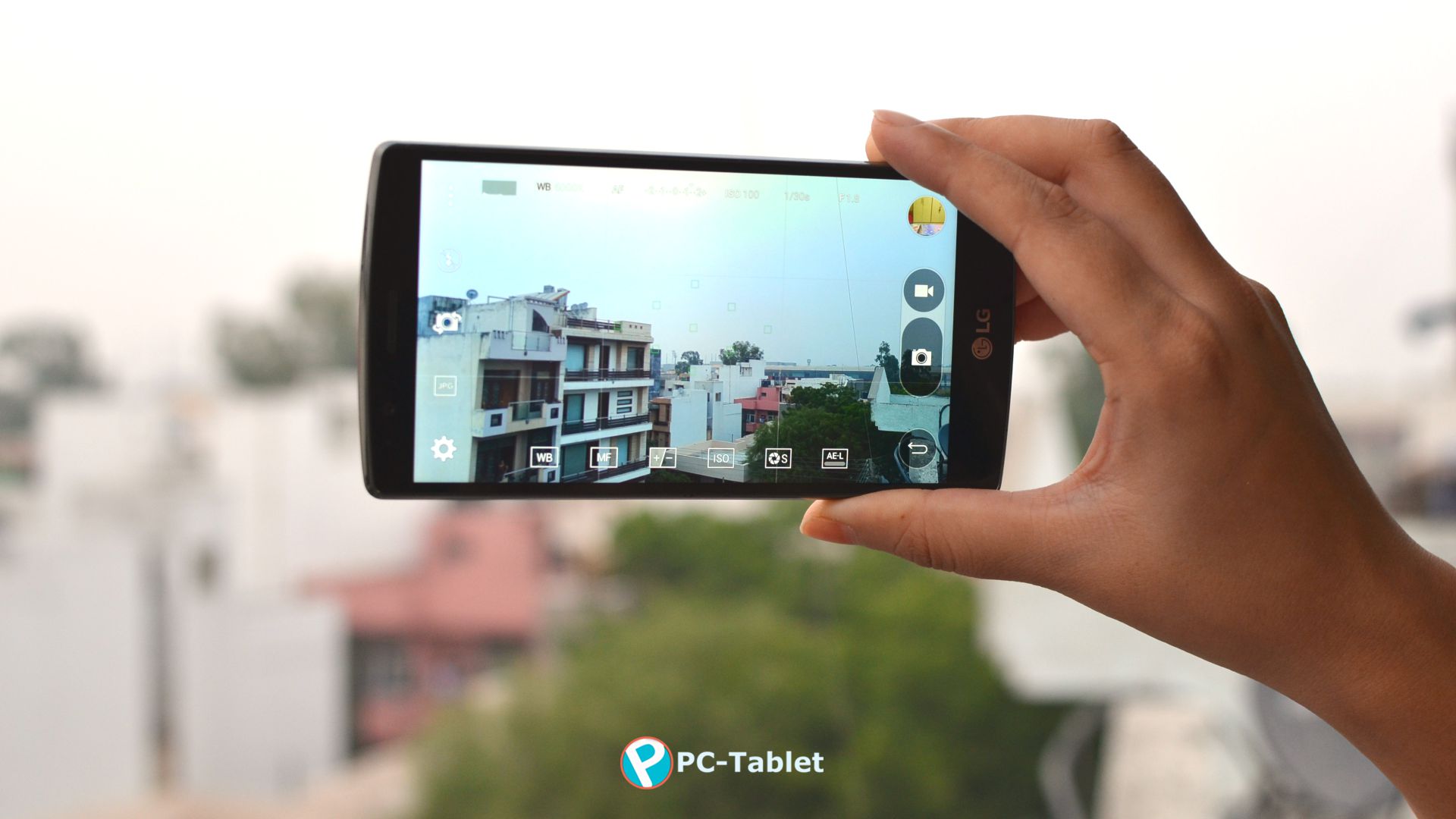 The LG G4 offers three shooting modes – Simple, Basic and Manual. The first is plain point & shoot with no options, just tap anywhere on the phone screen and it will click a photo. Then Basic gives you the usual phone camera options and finally Manual gives you full control of the capable camera.

If you’re someone who is interested in photography, manual mode will make you happy!

Manual Mode allows you to adjust white balance, manual focus, exposure, ISO, your shutter speed and AE-L, which stands for auto exposure lock and many other settings just according to your preferences.

The HDR mode is just superb and takes amazing pictures in low light conditions. The wider lens helps it to grab 80% more light in comparison to LG G3.

The front camera of LG G4 is an 8-megapixel snapper, which takes high-quality Selfies even in low light conditions. It also comes with a pre-loaded beautification mode to take amazing selfies. There is a gesture mode also where it clicks the selfies automatically just by making certain gestures in front of the camera.

The camera is the strongest selling point of this phone without any doubt. 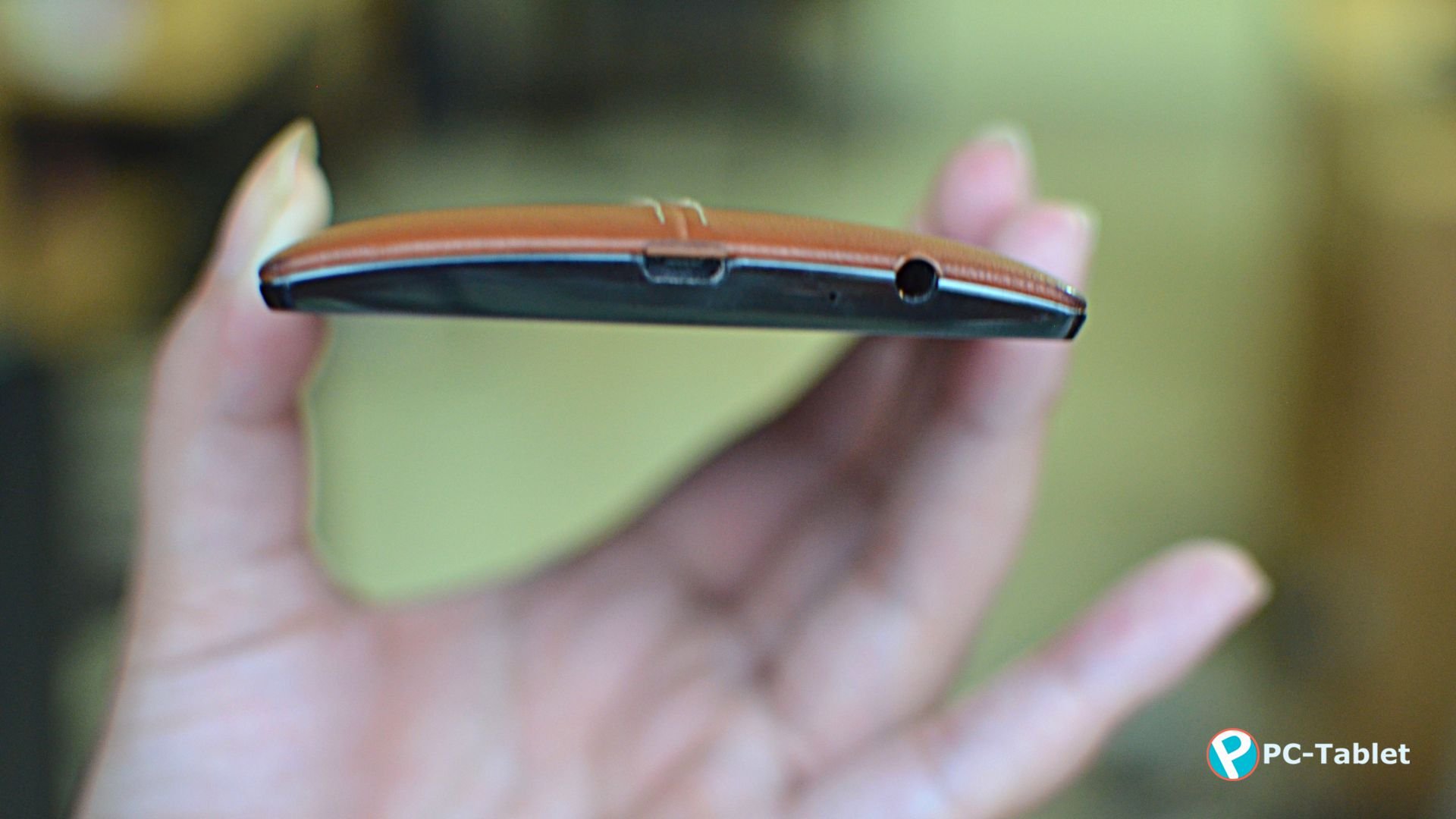 LG has packed G4 with a number of connectivity options. It features a single SIM card slot with 4G LTE network modem that supports up to 300 Mbps of download and up to 50 Mbps of upload speed.

Standard Wi-Fi, Bluetooth 4.1 with Low Energy mode, NFC, and MicroUSB 2.0 are all loaded in this phone as well. For old-school TVs you can use the IR blaster and QRemote. G4 comes with a pre-installed remote app that can also control audio equipment, projectors and air conditioners manufactured by LG. 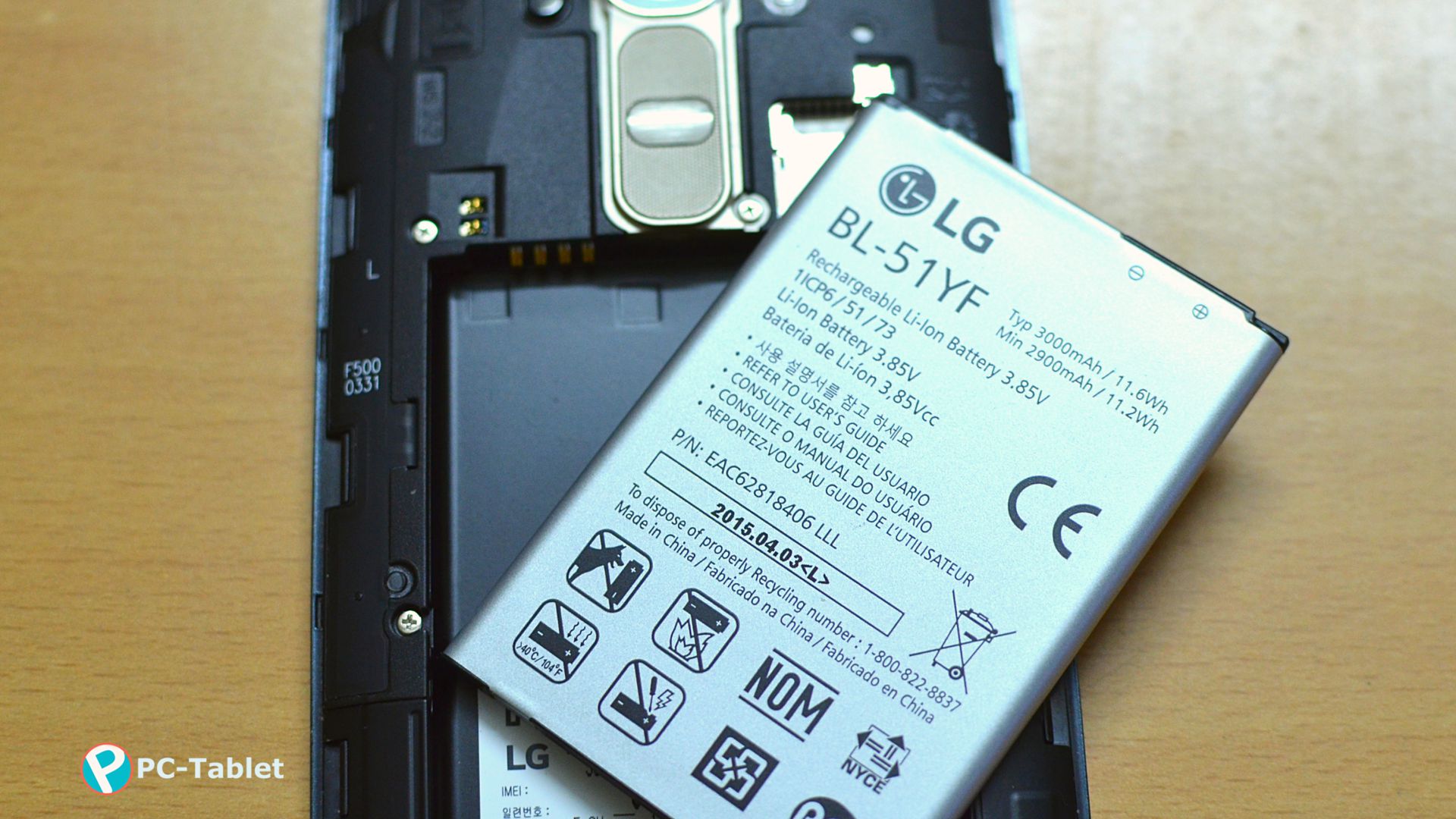 LG G4 features a 3000 mAh removable battery. Surprisingly, it doesn’t feature quick charge technology that charges a smartphone faster in a short amount of time. Though to keep it juiced for a longer period, LG has introduced numerous optimization options which help the user in conserving battery charge.

There is a game optimizer option that optimizes the video performance while playing games.

There is a game optimizer option that optimizes the video performance while playing games. The average on screen time is around 4 hours with QHD display fully light up, that’s the disadvantage of having more pixels in your phone’s display.

LG G4 comes with latest version of LG UX 4.0 on the top of Android 5.1 lollipop onboard brings along new features, which is awesome by the way. One feature is knock on, you can double tap the screen to wake up the phone in case you don’t wish to use the power button at back and in the same way you can lock it by double tapping on the home screen.

Then they have introduced Smart bulletin, which is different than HTC’s Blinkfeed as it shows info about you and your phone instead of news. It offers a quick look into from LG Health, upcoming calendar events, music controls, Smart settings and smart tips to improve the usability of the phone.

The other noticeable feature is you can resize the keyboard according to your convenience in typing.

Another noticeable feature allows you to resize the keyboard according to how you like to type. The settings menu is designed and organized in tabs and is very helpful, but some menus with big text labels keep rolling which does not seem to be well designed, Moreover, it is somewhat distracting to use as well. 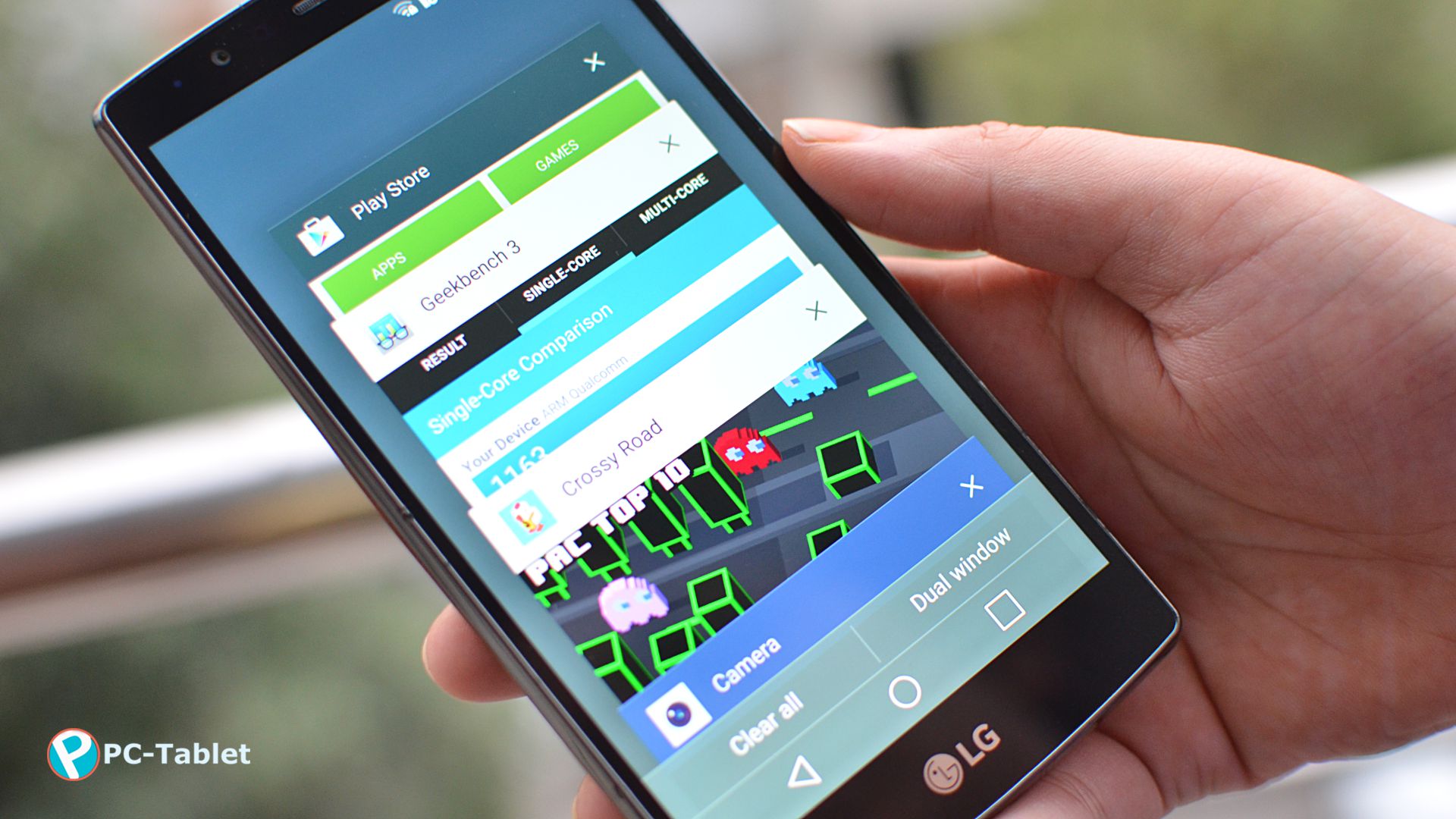 The phone also features dual window mode which basically allows you to run two apps simultaneously by splitting the screen in half.  It can be enabled in Task Manager and allows you to pick apps from the list of opened apps or you can use the app drawer to select apps. 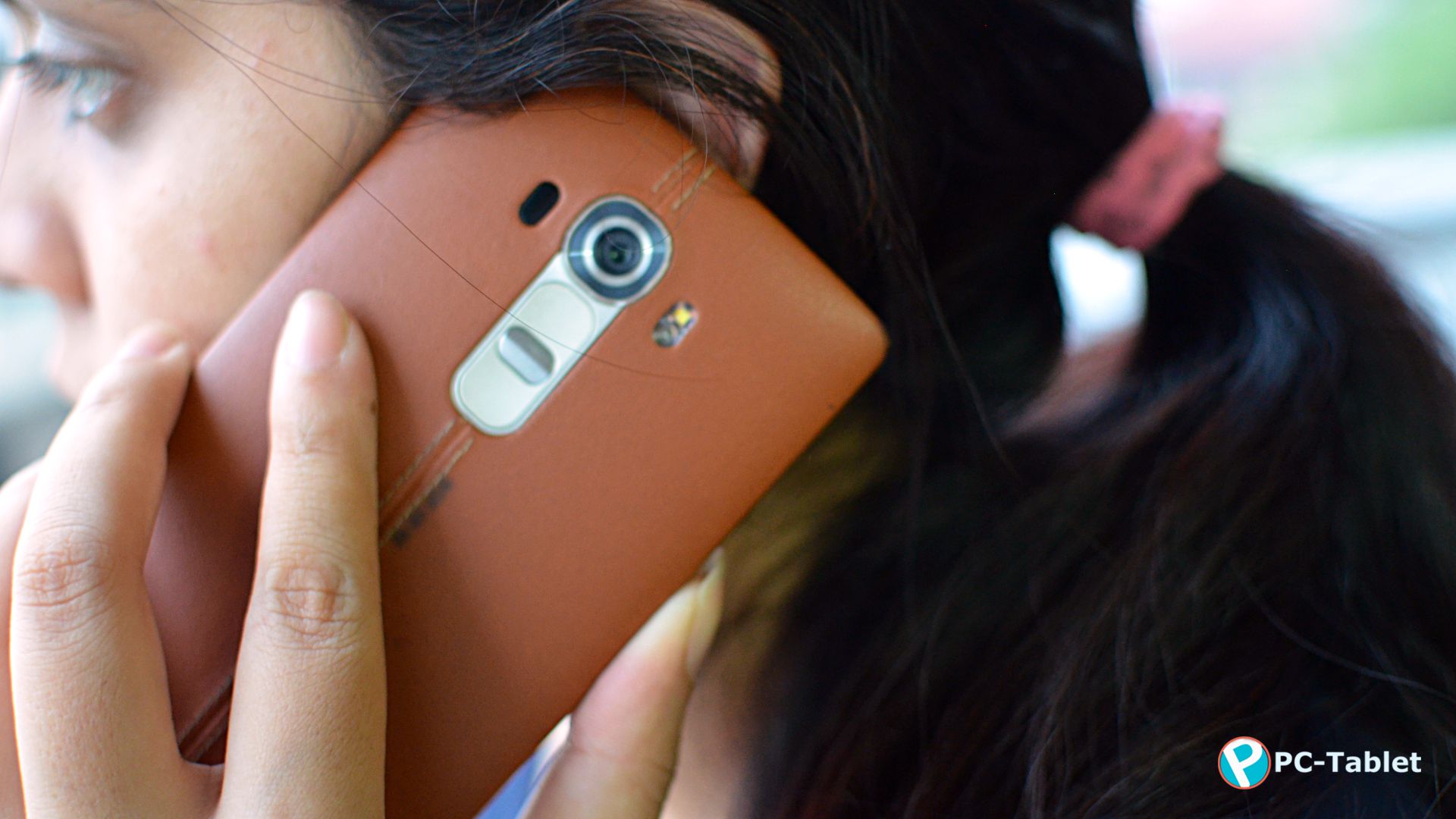 The MRP of LG G4 is Rs. 46,500, which is way too high in my estimation especially if we look at the competition and the slow processor used by the LG. However, you can get it for around 35,000 as they recently announced a price cut. The camera is stealing the limelight in this phone, but you have to ask, why one would spend this amount of money just for a camera? 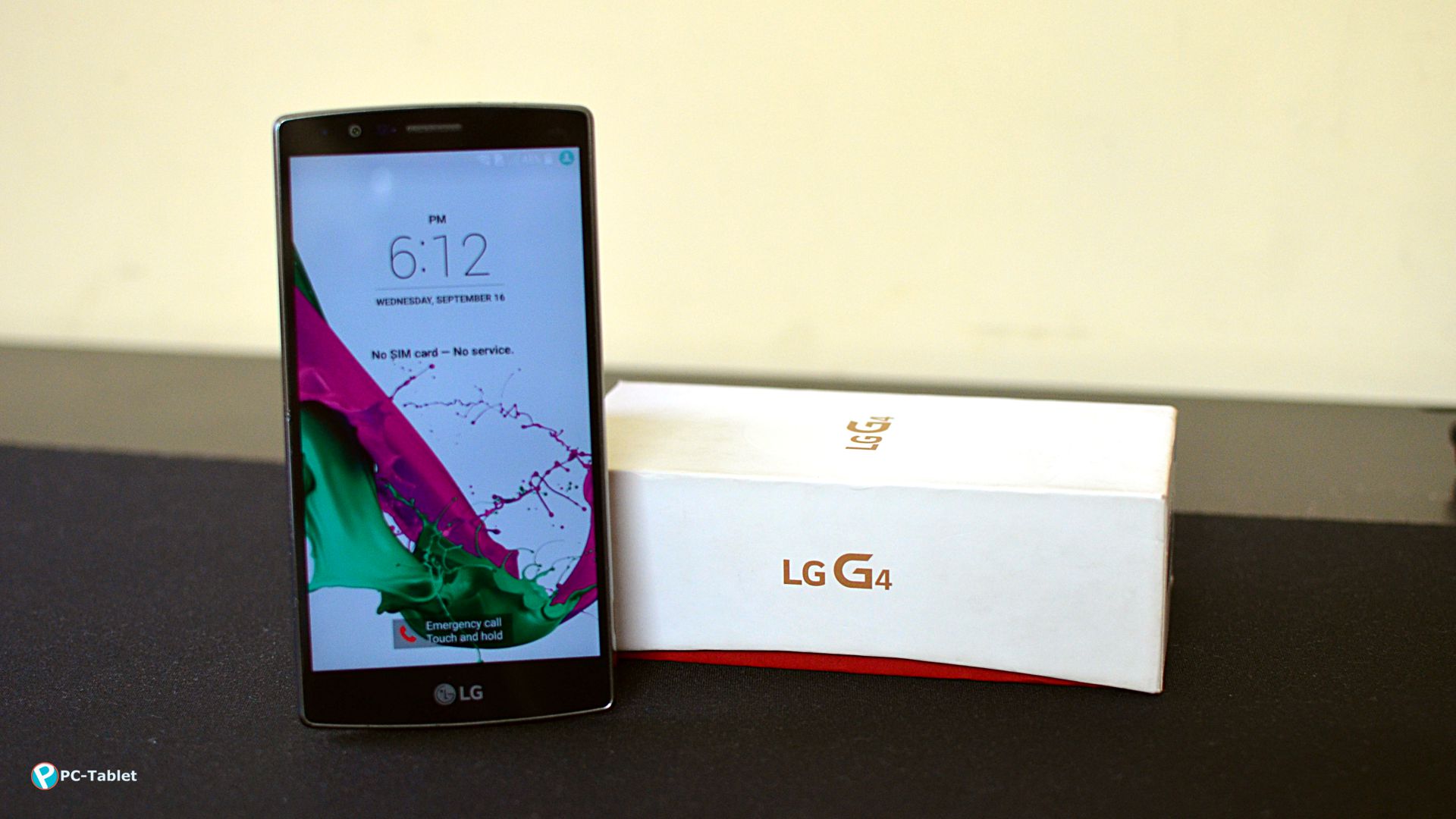 In end of it LG G4 is an awesome phone in a lot many ways. I would say it’s not the prettiest smartphone in the world but material choices are decent, so you get glossy metal sides along with premium back covers. My only concern was aesthetics, and it’s quite boring and frankly couldn’t impress me much. However, for camera lovers, it’s worth every penny.

If you particularly want to ask anything about this phone, post it in the comments section and we’d be more than happy to reply.