LG creates a wider platform for the Internet of Things; introduces an intriguing Washing Machine 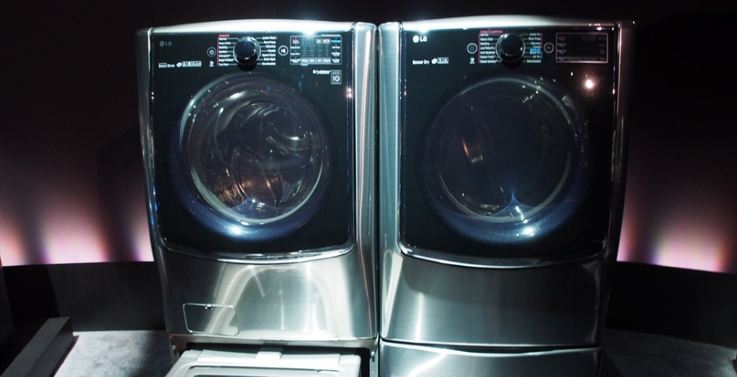 LG showcased a host of new products that it plans to launch in the year at the CES, 2015. Apart from the much-talked about OLED TVs, it unveiled a rather intriguing new machine at the show. It also talked about other new products it seeks to introduce in the market to keep up with the Internet of Things.

On Monday, LG introduced its new phone, the LG G Flex, which is built on the new technology of curved displays. In the press conference, LG started off with its plans to mark an increased presence in the Internet of Things’ market. The company said that it seeks to create a new ecosystem of products that could work together. The range of products includes home automation, wellness platform, and smart cars. LG shared its long-term plans of incorporating the WebOS to the list, which has been upgraded to a better and simpler user interface.

LG spoke at length about its new OLED TV series and unveiled as many as seven new screens in the series. While some models were the regular flat or curved ones, others were flexible. The latest models are built on the company’s proprietary WRGB technology. It also announced its partnership with Netflix in launching the HDR on their respective platforms in 2015.

All of the company’s latest appliances have the feature of Wi-Fi, as well as NFC connectivity. With this, LG proposes a set of new of products that are ready for the Internet of Things.