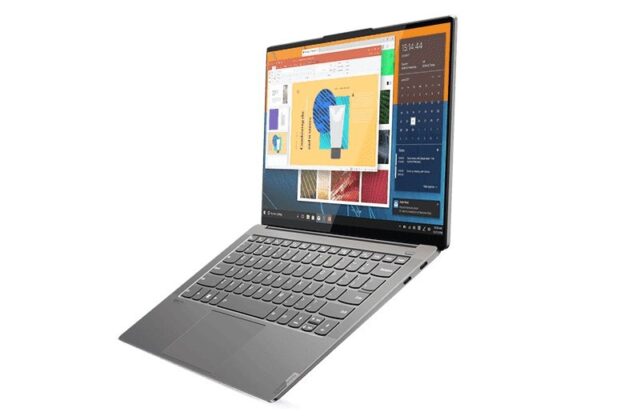 Lenovo has launched its latest ultraslim laptop – the Yoga S940. The laptop comes equipped with AI-enabled capabilties, 4K HDR display, along with Dolby Vision and Dolby Atmos Speaker System with smart audio amplifiers. Key features on the Yoga S940 include IR-enabled facial recognition and AI-based eye tracking that tracks eye movements which lets you shift from your laptop’s display to a connected display with just a flick of your eye.

Besides, the display automatically turns dark and current progress is saved as soon users move their eyes away from laptop’s display. Additionally, there’s also a feature called BackBlur that automatically dims screen background during a video call.

In terms off specifications, the base variant of the Lenvo Yoga S940 sports a 1920×1080 display with slim bezels. Under the hood, this variant gets powered by 8th-gen Intel Core i5-8265U processor bunlded with 8GB of RAM and 256GB of NVMe SSD storage. It comes with a 4-cell 52WHr battery which is rated to last for around 15 hours. It also supports Rapid Charge technology to quickly charge the battery.

As far as pricing goes, the Lenovo Yoga S940 gets a starting orice tag of INR 1,39,990 for the base model. It is now available for purchase via leading ec-mmerce websites and ecommerce stores in India. Buyers also get the option to customize and build their own Yoga S940 with Lenovo’s Made to Order program. The company is also offering no-cost EMIs as well as free deleivery if purchased via the company’s official website.