Post the success of LeEco Le 1s, the Chinese smartphone maker has launched the LeEco Le 2 in India. The smartphone is decently priced at Rs. 11,999 and packs some really nice set of specs. But will it sustain in the highly saturated budget market, and moreover, will it live up to the standards set by its predecessor at a lower price range, let’s check out it out in our detailed review. 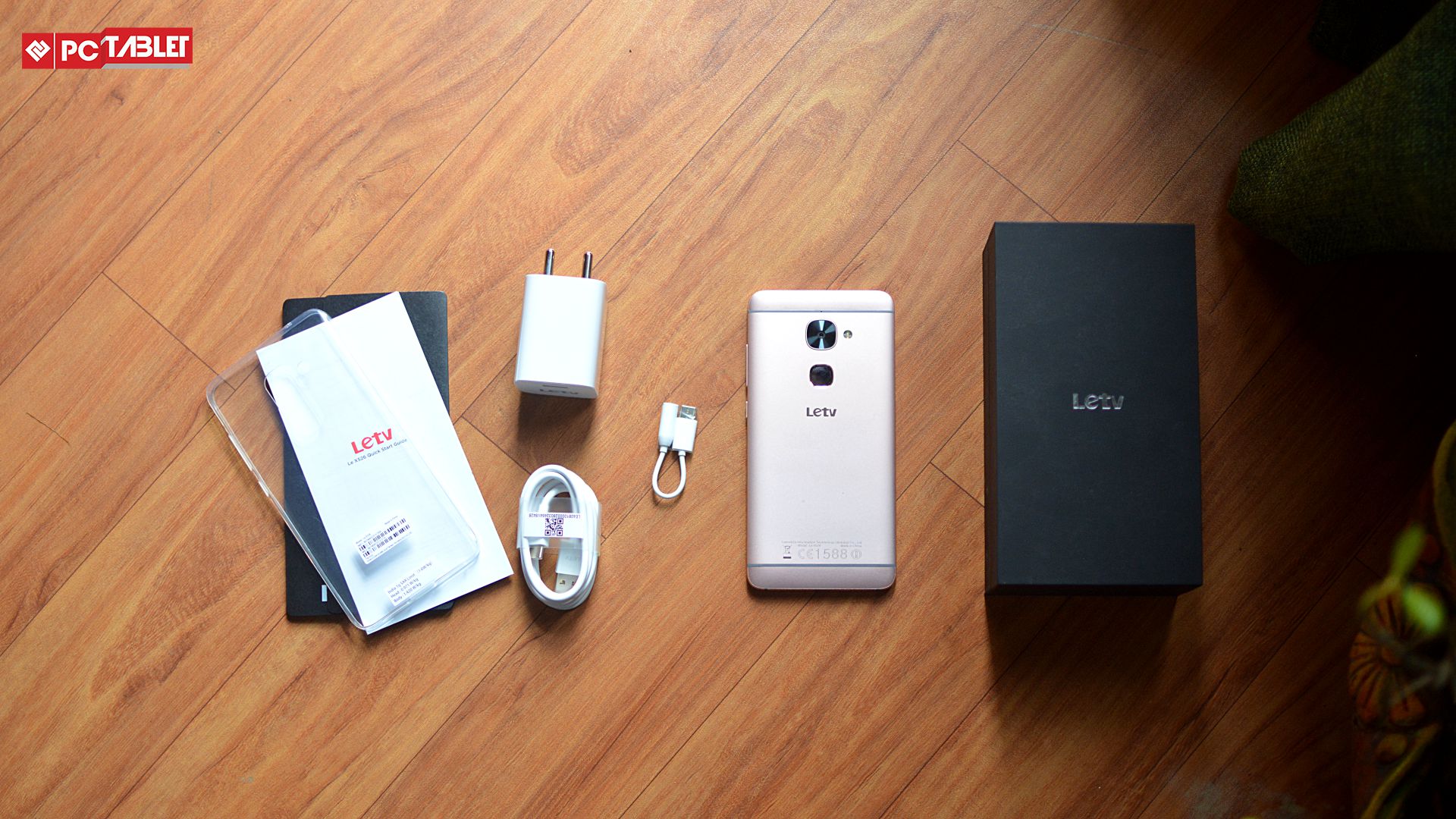 At the first look, you won’t be able to distinguish if it’s the first generation Le device or the second generation. The LeEco Le 2 is reminiscent of its predecessor LeEco Le 1s with 5.5-inch full HD display, and a full metal unibody design. The Le 2 comes in rose gold color option and bears almost similar dimensions as of the Le 1s. The smartphone weighs 153 grams, which is slightly lighter than the 169 grams Le 1s.

At the back is the 16MP primary camera, which is slightly protruded, and right beneath the camera module is the fingerprint scanner. The front has an 8MP shooter with no physical buttons at the bottom. On the right, you’ll see a power button as well as volume rockers, and the left holds the SIM card slot. The only thing on top is the infrared emitter.

At the bottom is the USB Type-C connector accompanied by speaker grills at both sides of the port. The company has done away with the 3.5mm jack, and there is only USB Type-C port as audio output slot. The company is providing a USB Type-C headset as well as a USB Type-C to 3.5mm audio converter to use any earphones or headphones with the device. Surprisingly, LeEco hasn’t changed the branding on the handset and the back of the phone still reads Letv. 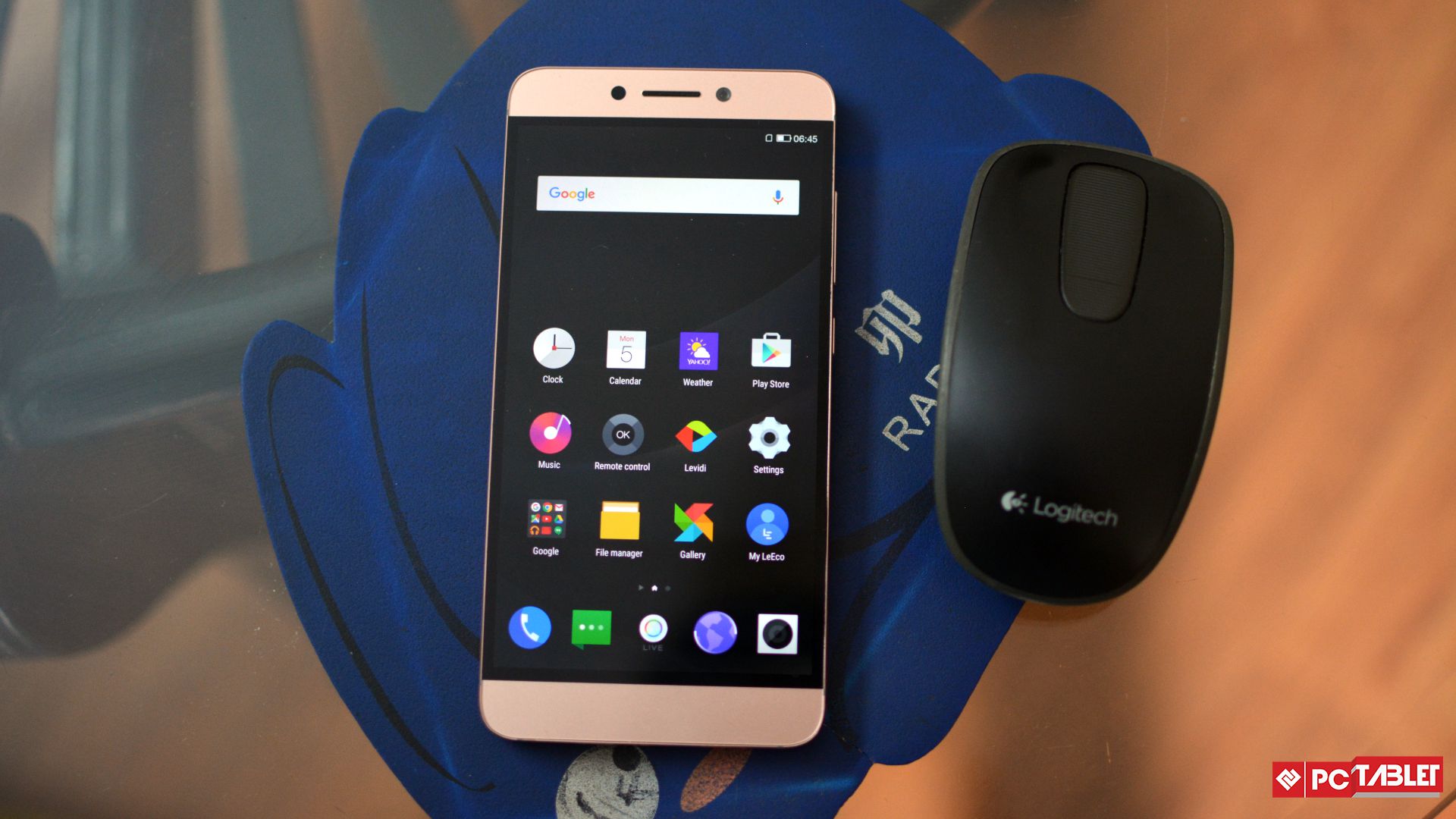 The smartphone boasts a 5.5-inch FHD IPS LCD panel. The 1080p resolution display is quite sharp and clear, and the color reproduction quality is fairly nice. Photos and text appear bright on the phone, and if we talk about readability under sunlight, I would say it is acceptable. All this combines to make it a decent display to watch content.

Running on LeEco’s own eUI 5.6 based on Android 6.0 Marshmallow, the software looks nowhere close to stock Android. The smartphone comes with customization options and themes, and so as to bring to your notice, there is no app drawer. The app drawer looking icon is actually a button to trigger Live TV services, specially curated for the Indian audience. 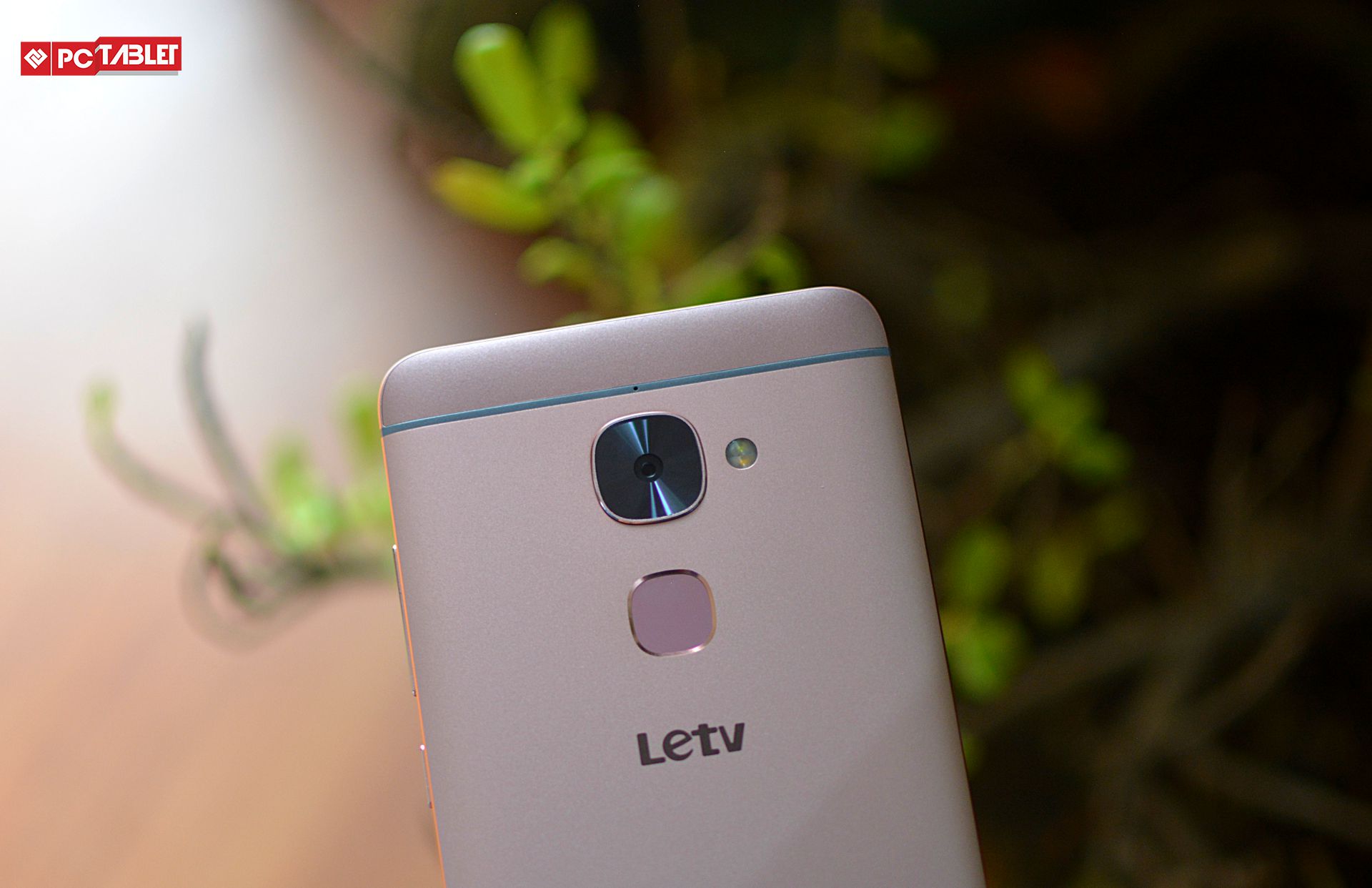 There is a single button for recent tabs and quick toggles. Also, there are plenty of shortcuts pinned, and users don’t need to go to a folder to run certain features. Swiping right brings in news aggregator window LeView where one can choose among topics and your feed will be customized. All the rest are basic customization which every budget phone packs.

In terms of hardware, the smartphone performs pretty well with octa-core Snapdragon 652 processor coupled with 3gigs of RAM. The Adreno 510 GPU takes care of all the gaming needs. We tried heavy games like Asphalt Airborne 8 and Need for Speed along with extensive multitasking, but the smartphone didn’t lag even once. Sure the device heats up slightly during gaming sessions, but that’s negligible. 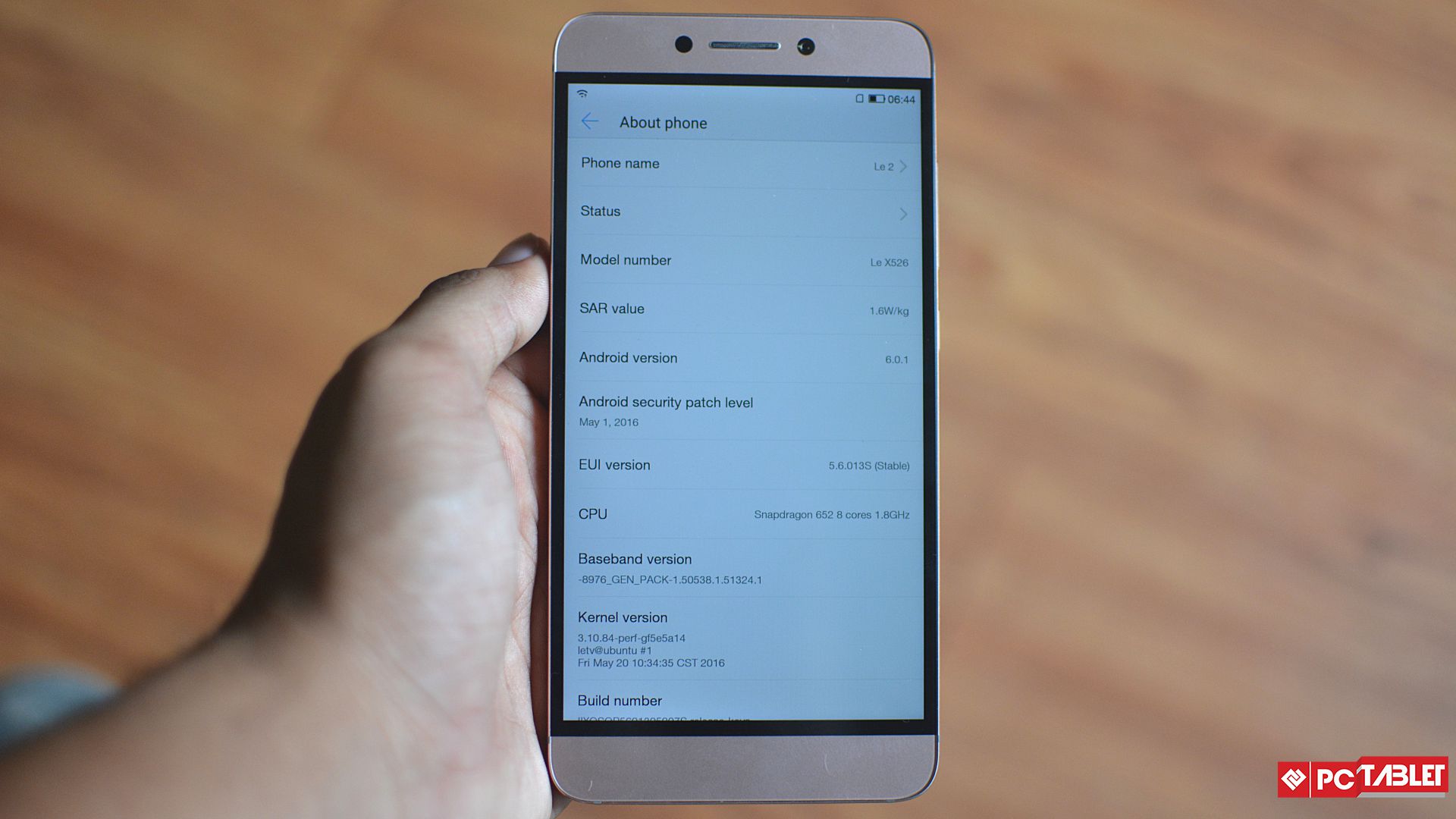 Overall, the performance was smooth, and it can handle almost everything with ease, no matter how hard you are on the device. The internal storage capacity stands at 32gigs, which unfortunately is not expandable.

Talking about the fingerprint scanner, the sensor is accurate almost 99% times and unlocked the screen in 0.4 seconds. That was relatively fast, but not the fastest.

Daylight photography remains true to the details. Colors do look warm at times, but the results are overall satisfactory. Sometimes you can figure out the lack of detail and noise creeping in low light, which was the case with its predecessor as well. The Le 2 is capable of recording 4K video at 30fps and 720p slow motion video at 120fps, but output is not that great

Up front is an 8MP camera with f2.2 aperture and full HD video recording. The selfie cam works fine in daylight, but again performance lacks in low light conditions.

LeEco has introduced a propriety audio transmission technology called Continual Digital Lossless Audio (CDLA). It transmits audio digitally using the device’s type C port. The company claims better audio output with this technology but in my sound test, I found no difference in the audio. Also, I tried the USB Type-C earphones with other devices having USB Type-C connector, and it wasn’t compatible with them. So, not a plus here. 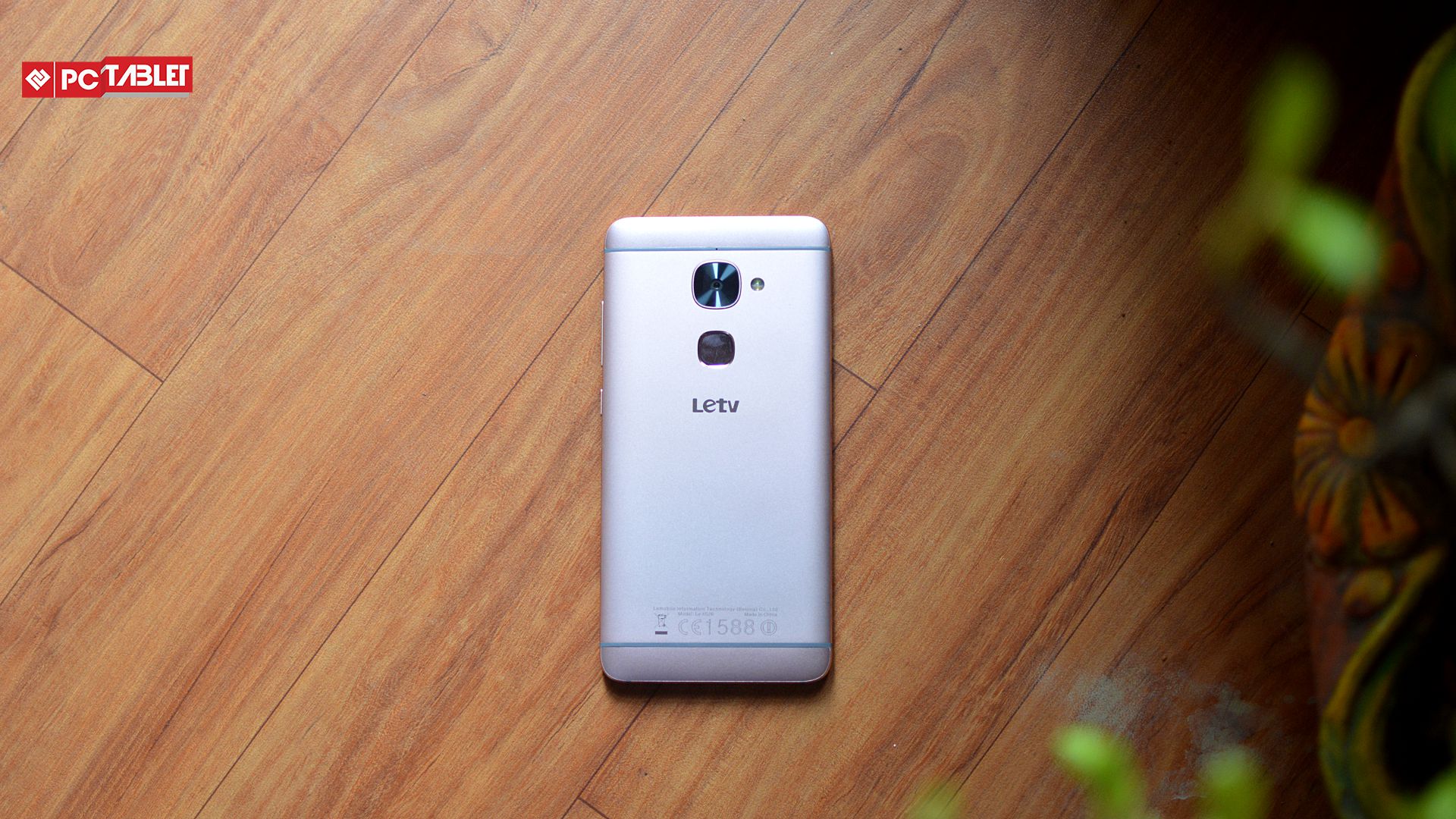 There is no upgrade in the battery segment as it comes with a non-removable 3,000mAh battery as seen in the Le 1s. In our battery test, it lasted for around 7-8 hours of heavy usage and almost a day on regular usage including browsing, chatting few hours of gaming and calls. That’s a fair deal considering the battery size.

If you go by specs, nothing has improved except processor and the camera. Performance wise camera still has a lot of room for improvements. So if you already have the Le 1s, I don’t see any point of updating the device to its successor, but others can consider the Le 2 for its improved design and better performance.