LeEco Le Max 2 Review: One ‘Hulk’ of a smartphone 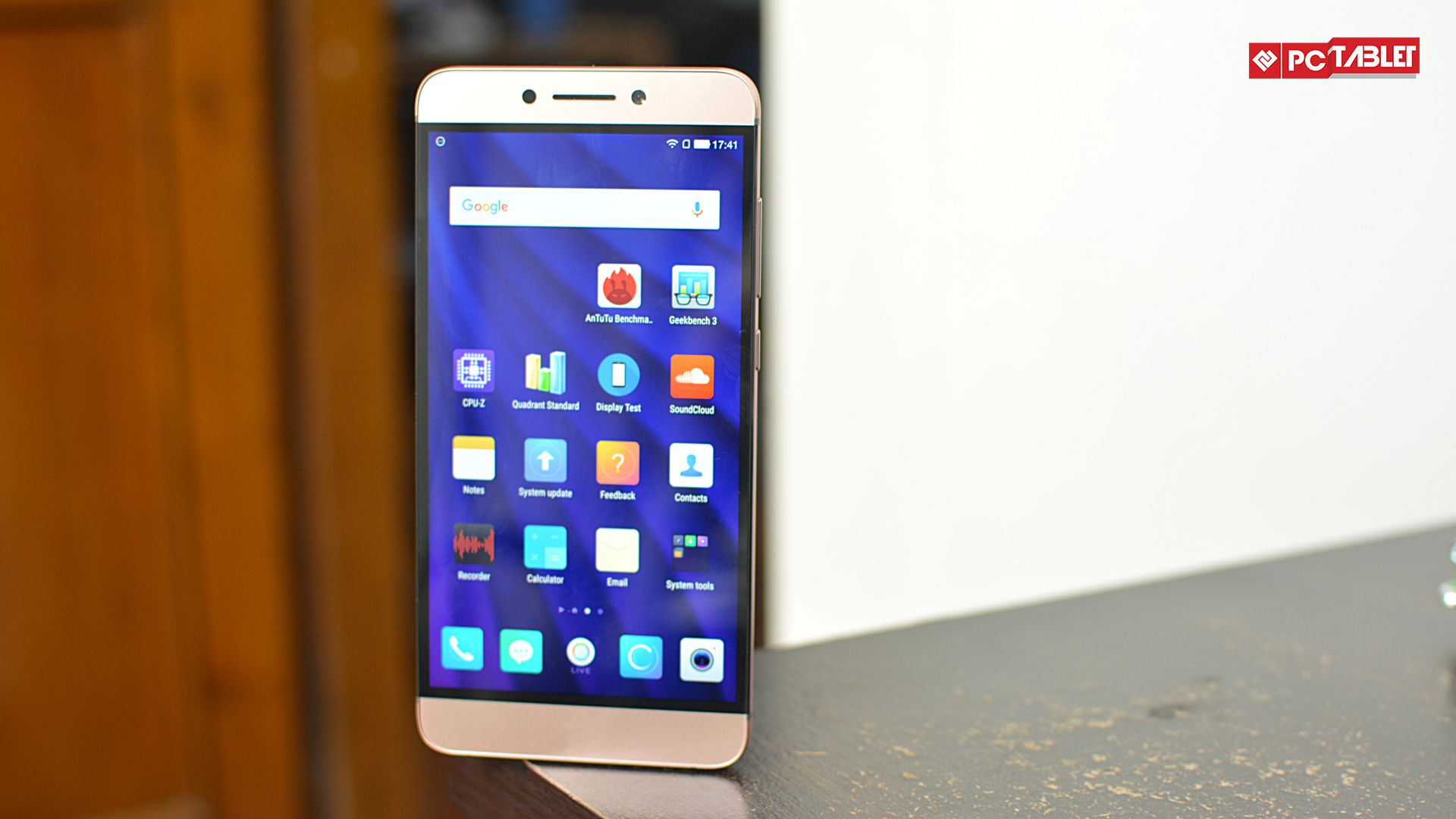 It’s just been six months since LeEco made its high-profile debut in the Indian market. Now the Chinese manufacturer has released its second generation of devices, boosting its product line-up with the launch of Le 2 and the larger Le Max 2, which are now available in India. The company for sure has some audacious plans up its sleeves for the Indian market.

We’ll be reviewing the high-end variant of the Le Max 2, which comes with 6GB RAM and 64GB storage. And just like its predecessor, the device is all about sheer power and performance. Besides its top-notch specs sheet, the company has dabbled into a new space with a trademark audio technology called CDLA (Continuous Digital Lossless Audio) to offer a top-notch audio experience. Apparently, making it one of the first smartphones to ditch the classic 3.5 mm jack in favor of a USB Type-C port.

Designed to impress with sheer power, speed, and multimedia experience – does it have the tools in its armory to take on its fierce rivals which include the likes of Xiaomi Mi 5 and the OnePlus 3? Let’s find out.

The smartphone is quite a design overhaul compared to its predecessor. With the Le Max 2, the company has shrunk that extra bulk with better ergonomics and improved design aesthetics. The front now has a 5.7-inch display with almost negligible bezels.

It’s rather slim at 8mm which makes it easy to carry around. At 185 grams it still feels a tad hefty, but manageable nonetheless. Build quality seems quite robust, and it can survive a few accidental drops. Design aesthetics have much improved. The metal clad body leaves little to complain and gives the smartphone a premium look and feel.

The protrusion of the 21MP camera is clearly visible which can put off a few. I am also not a fan of the Rose Gold color option. In my opinion, Black rules. It’s kind of hard to comprehend why are manufacturers so obsessed with this colour. Apart from these minor nuances, it’s a well-designed phone with great build quality and well thought-out ergonomics.

The 5.7-inch display rocks a Quad HD display with a 2560×1440 pixels resolution which pretty much says it all. It’s crammed with pixels offering a density of 515 ppi. It’s big, sharp, vibrant and offers excellent visibility in direct sunlight. I put the brightness at max levels in an indoor setting, and boy did it not hurt my eye. It’s super bright with decent viewing angles delivering deep blacks. A delight to look at – tailor-made for media consumption and gaming.

Everything about the LeMax 2 feels zippy and fast. You can scroll between menus, switch among many apps and browse the web at a 100 miles an hour. High-end games and 4K videos run without a twitch. And with a Snapdragon 820 processor bundled with 6GB of RAM, lags over here is a far-fetched concept as it just zips through whatever you throw at it. Benchmark scores of over 103670 in Antutu also prove the LeMax 2 is blazingly fast for every task.

The fingerprint scanner seems alright but not snappy. As it has a tendency to stick at times, you’ve to press the finger a bit harder to unlock the device. It takes about a second to unlock the phone which seems a bit slow.

As already mentioned, the smartphone features the USB Type-C audio standard with company’s proprietary CDLA technology. Essentially aimed at no compromise on audio quality, dumping the classic 3.5 mm jack in favor of the USB Type-C port. And boy, it does pump out insane levels of sound output. It’s loud, crisp, with good levels of highs and mids. The overall fidelity and soundscape is rather impressive, certainly a delight for audiophiles across various genres.

Yet I have a few qualms with the headset’s design. It isn’t exactly a proper fit and has a tendency to keep slipping out of your ear. Not meant for listening while you’re on the move or traveling in a metro. Neither are they comfortable enough to have on for longer listening sessions.  Moreover, you’ll be stuck with these headsets as there are no alternatives available yet which is quite a hassle. The standalone cost of these headsets is Rs. 1,999, and one can’t be sure whether headset manufacturers will produce headsets that will support LeEco’s proprietary CDLA technology.

The Le Max 2 gets a 21-megapixel primary camera with OIS, which harvests light better. It’s quick and images are clean, noise-free, with good details. Results are a mixed bag due to shutter lag as images turn out to be grainy especially in low-light conditions. It’s capable of recording 4K and Full HD videos with a reasonable amount of detailing, though struggles to adjust focus when you’re moving.

The 8-megapixel selfie camera on the front is capable of taking decent selfies and 720p video recording. In general, the phablet’s camera is OK and you get a reasonable amount of detail from photos. Though low-light images have a tendency to appear dull and grainy.

The phone’s EUI 5.6 is as slick and delectable as it gets. Its runs the latest Android 6.0.1, and the OS feels like a breeze to navigate through. The animations are subtle, not overdone and look great. It retains most of the features stock Android has to offer such as Now on Tap and App permissions, though it’s far from what you’d call a stock Android experience.

It still needs a bit of polish as several things aren’t where they should be. LeEco could have avoided unnecessary tweaks such as removing the drop down ‘Settings’ panel. Swiping down the screen reveals notification panel while pressing the task button gives you access to necessary shortcuts such as Wi-Fi, camera, auto-rotate and more. The multitasking menu is a bit different and takes some time getting used to. It acts as a quick access panel and makes the most of the large 5.7-inch display.

I am also not a big fan of the iOS style layout as it makes the Home Screen look rather cluttered.

Not to forget, the Le Max 2 gives users access to a wide array of entertainment content out-of-the-box, thanks to its tie-up with Yupp TV. It includes Le View video service like Netflix that offers a plethora of multimedia content across various categories catering to the Indian audience. It gives you access to movies, TV shows, and TV channels. Unlike its predecessor the LeMax, the content is baked into the OS itself. Also included is the LeVidi app which gives you extra content. You get free access to both services for five months but will have to pay a subscription fee of Rs. 4,900 a year afterward.

Though I found these services of not much use as the content offered is not my cup of tea. However, I understand it’s use across Indian demographics which will certainly be an attractive proposition for the buyer.

Despite the relatively small 3,100mAh battery and the power-hungry Snapdragon 820 processor, the Le Max 2 surprisingly gives you over a day of intense usage. I got over two days of back-up while browsing the web on 4G, taking calls, watching YouTube videos and pinging a few WhatsApp messages. You should be able to a get a solid two days of moderate usage once fully charged. The stand by time on this thing is also pretty outstanding.

The 3,100mAh battery also comes with quick charging which company calls the Le SuperCharge, which certainly speeds up the charging process. No battery woes here!

The Le Max 2 is a beast of a device with its sheer power and speed. It features better ergonomics, gives users a wide array of entertainment content, comes with USB Type-C lossless audio technology, along with an excellent battery backup.

Though there are several nuances that make it fall short of the competition. For instance, the camera performance is not that great, lackluster response of the fingerprint scanner and minor design glitches such as the awkward camera bump.

It’s an excellent device, but with the likes of OnePlus 3 or the Xiaomi Mi 5 offering a more well-rounded package, it’s hard to recommend the Le Max 2 over its direct rivals in the given price segment. The only differentiating factor here would be the extra content offerings that you’ll have at your disposal.