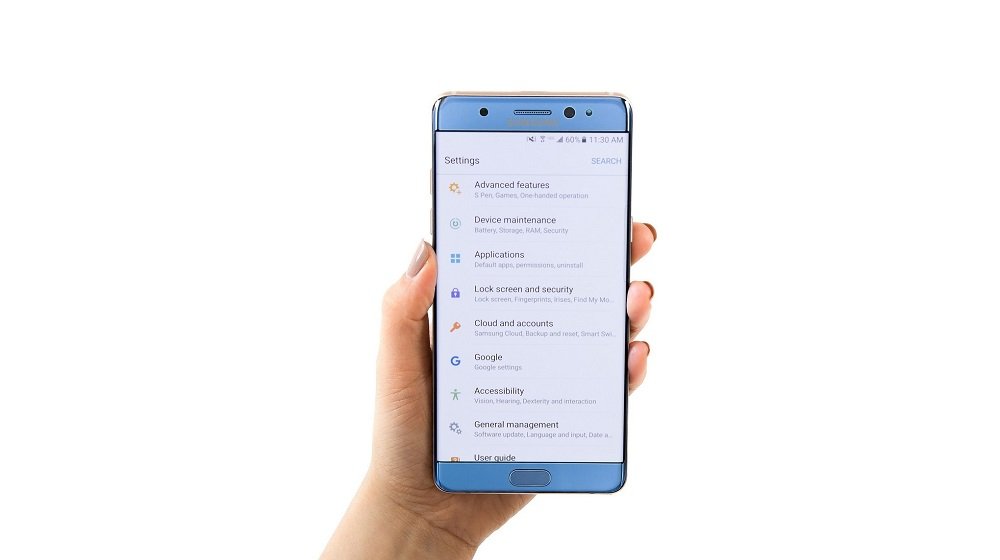 Before Samsung unveiled the ill-fated Galaxy Note 7, there were a slew of leaks that revealed a refreshed version of the company’s TouchWiz UI. The new UI dubbed ‘Grace’, was only available for beta-testers until now. Though, it appears Samsung has finally started pushing the update to Galaxy Note 5 users in South Korea. Users just need to head over to Settings » About Device » Software Update » Update Now, to download the update.

Here’s a lowdown on what users can expect with the new Grace TouchWiz UX:

The first noticeable change you will see on the new Grace TouchWiz interface is the subtlety in the use of color. Along with rich graphics, the user interface now sports a better blend of hues taking it away from older user interfaces that seemed to look like they sported saturated hues.

In a video posted on YouTube by XEETECHCARE , what we get is an elaborate run through of the new user-interface where the user shows you how to add new widgets to the landing screen, shows you a number of themes available for the phone as well as how you can customize appearances as well as tones. Besides,it comes with a host of new features like support for wide angle selfies, ultra power saving mode, Smart Manager, Blue Light Filter and Game Tools.

Installer files for core applications on the new Grace TouchWiz UX are currently being made available by developers through the XDA developer forum online. Developers say that in order to run these new apps, the user will need to have root access to their Android device.

The new Grace TouchWiz UX is expected to bring much-needed makeover Samsung users have been waiting for. As many have complained in the past that Samsung’s TouchWiz UI that runs on top of stock Android makes use of over-animated graphics, exuberant colors as well as causes processes on the phone to lag along with the usage of high amounts of processor memory. That said, Grace TouchWiz  looks rather clean and uncluttered compared to previous versions of the TouchWiz UI.