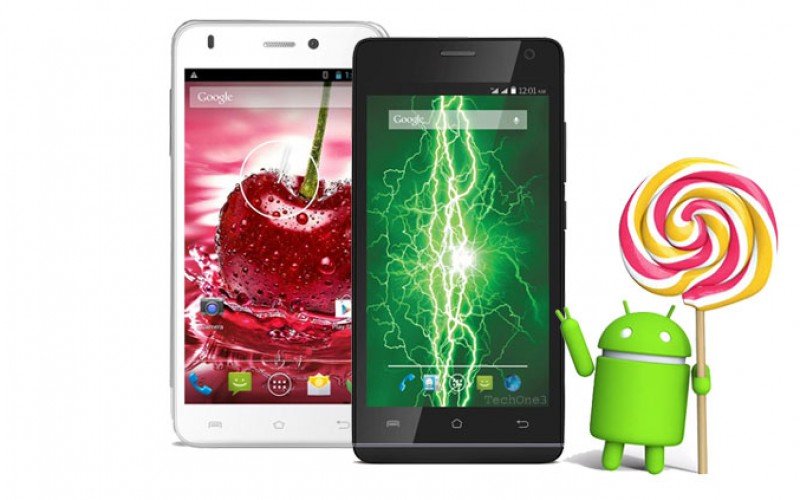 New Delhi – Lava has started rolling out the latest Android 5.0 Lollipop update for the Lava Iris X1 Grand and Lava Iris Fuel 50. The company said that the software update is being pushed out via OTA (Over-the-Air) and is about 550MB in size. Users can connect to the internet to download the update in their smartphones.

On the company’s official blog, Lava has listed some keys features of the update – essential changes that Lollipop brought to the platform.

The Lava Iris Fuel 50 Android smartphone was launched back in October, 2014 with a price tag of Rs. 8,300. It’s a dual-SIM handset and runs on Android 4.4 KitKat OS out-of-the-box. Iris Fuel 50 features a 5-inch (480 x 854 pixels) FWVGA IPS display. The display is further protected by a scratch resistant Asahi Dragon-trail glass. It is powered by a Quad-core processor clocked at 1.3GHz and coupled with 1GB of RAM and 8GB of ROM (expandable up to 32GB via microSD card.)

Reiterating the specifications of the smartphone, Lava Iris X1 Grand sports a 5-inch (854 x 480 pixels) FWVGA IPS display. It is powered by a 1.3 GHz Quad-core MediaTek processor coupled with 1GB of RAM.

The Iris X1 Grand houses 8GB of internal memory, which is further expandable up to 32GB via microSD card. This Lava device runs on Android 4.4.2 KitKat out of the box.

In the imaging section, the latest offering from Lava features an 8MP Auto Focus rear snapper with LED Flash, BSI 2 sensor and at the front, users will see a 2MP front-facing camera.

Connectivity options include 3G HSPA+, WiFi 802.11 b/g/n, Bluetooth 4.0 LE, GPS and it is a Dual SIM smartphone with dual standby.