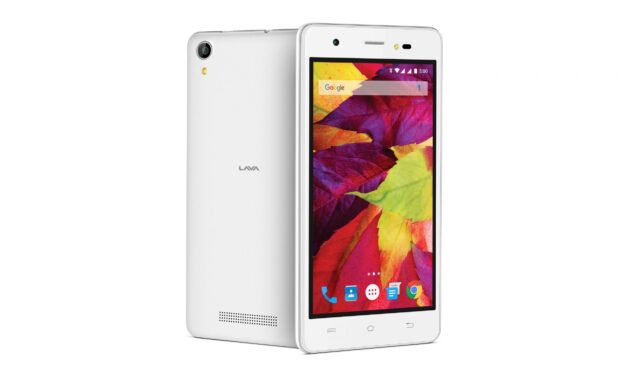 The domestic smartphone manufacturer, Lava International has launched a new entry-level smartphone in the market, Lava P7, which comes with an attractive price tag of Rs. 5,499.

Boasting of a 5-inch FWVGA display and a pixel resolution of 480 x 854, Lava P7 is powered by a 1.2GHz quad-core MediaTek processor coupled with 1GB RAM. Lava P7 sports a pearl finish and runs on Android 5.1 (Lollipop); however the company has promised to upgrade it to Android 6.0 (Marshmallow) soon.

On the memory front, the device includes an internal storage capacity of 8GB, which can be expanded up to 32GB via a microSD card. Talking about the camera, the smartphone sports a 5-megapixel rear camera with LED flash and Autofocus and a 2-megapixel front shooter, again with LED flash.

The new smartphone comes with various connectivity options such as microUSB, GPS, Wi-Fi, Bluetooth, EDGE/GPRS and 3G and is fuelled by a 2,000mAh battery. Equipped with a Power Saver Mode, the smartphone is claimed to offer 20 hours of talk time.

Another interesting feature offered by the smartphone is Child Mode, which enables using certain sounds that help in capturing the attention of kids and making tricky clicks easy.

The smartphone comes power-packed with other interesting features such as smart wake-up, custom and drawing gestures and multipoint touch.

With a budget-friendly price tag, Lava P7 is surely going to capture many eyeballs. As of now, it is being offered in gold, blue and white color variants via retail and online stores.