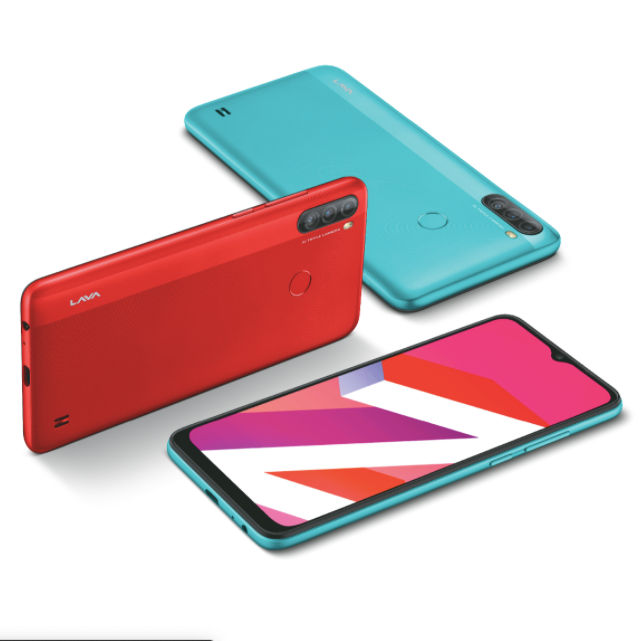 In what can be considered the second wave of the resurgence of the ‘Made in India’ phones in the country, Lava today announced the launch of a trio of new smartphones which it claimed is the first such in the world that is also user-customizable. Specifically, it is the Z6, Z4, and Z2 smartphones that Lava has launched today, with the Z6 being the most up-scale model while the Z2 is the most affordable entry-level device. Needless to say, the phones have been designed and manufactured entirely in India.

There is a lot of commonality between the three models which is there to ensure users are able to customize their phones even after purchase. Towards that, all the three models come with the same 6.5-inch 720p+ display. Also, there is a waterdrop notch at the top along with minimal bezels all around though the chin seems to be a bit too prominent. The display, meanwhile, also comes with a layer of Gorilla Glass 3 on top for extra protection.

On the inside, the phones feature the 8-core MediaTek Helio G35 processor. Further, you have 6 GB of RAM and 64 GB of storage on the Z6 while the Z4 is the same as the Z6 but with 4 GB of memory. With the Z2, you get 2 GB of RAM coupled to 32 GB of storage.

When it comes to optics, the Z6 and Z4 have nearly identical setups in that both come with triple rear cameras. Those include a 13 MP primary sensor complemented by 5 MP and 2 MP cameras. The front benefits from a 16 MP selfie cam. The Z2 however gets a dual-camera setup comprising of a 13 MP primary cam along with a 2 MP secondary cam. The front again gets an 8 MP selfie shooter.

The build is entirely of plastic though Lava has said that does not make the phones any bit more fragile. Rather, the phones conform to military-grade certification for ruggedness. All three models run the latest stock Android 10 version with no annoying bloat-ware. Keeping the lights on is a 5000 mAh battery which can be charged via a USB Type-C port.

These refer to two distinct services Lava is offering to buyers of its new Z series of phones. Both allow for customization levels so that buyers can opt for exactly the configuration that they need. For instance, with the My Z program, you can choose from 2 GB, 3 GB, 4 GB, or 6 GB of RAM. Similarly, for ROM, you have the options of 32 GB, 64 GB, and 128 GB of native storage.

This makes for an interesting development as this is the first time buyers will be able to configure their phones before buying, depending on their budget as well as requirements. Everything else will be the same for all models, including internal configuration or build material.

With Z-Up, things are taken to another level altogether as this allows buyers to upgrade their phones even after purchase. This way, users will have the option to upgrade the memory and storage on their phones while paying the charge applicable for the incremental hardware upgrade. The upgrade process however will be required to be performed within the first year of purchase, and via authorized Lava service outlets.

The Z-Up program will kick off on January 26. More details on this are awaited, including the prices involved with each upgrade process.

All the phones will go on sale in the country starting January 11.