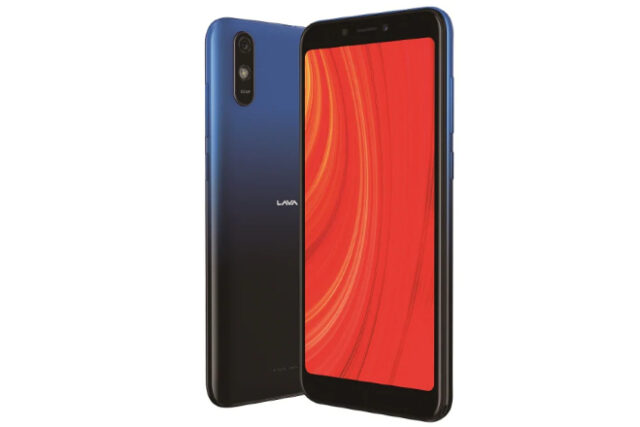 Lava had earlier made known its intentions of launching a smartphone that is going to be a truly made in India phone. The company is following that up with the new Z61 Pro smartphone which is being pitched as a very basic entry-level phone with a Rs. 5,774 sticker price.

The specs match the price and do not throw up any surprises. Lava is claiming an octa core processor of unknown make powering the new Z61 Pro. The phone comes with a 2 GB RAM along with 16 gigs of storage, the latter again being expandable to 128 GB via microSD cards. There is dual sim support as well along with a 3,100 mAh battery.

For optics, there is a single lens rear cam of 8 MP resolution. There is an LED flash too, sitting right below the camera. Both the lens and the flash again are enclosed within a vertically placed capsule that has the looks of a dual lens rear cam though that isn’t the case in reality.

The front, meanwhile, gets a 5 MP camera for selfies or video conferencing. Also, while the camera might be extremely basic in its specification, it supports several advanced software features such as portrait modes for bokeh effect, burst mode, night mode, beauty mode, panorama, filters, HDR and such to ensure you have nice shots in varying conditions.

The front is dominated largely by a 5.45-inch HD+ display having 18:9 aspect ratio. However, there are considerable bezels all around with the top and bottom bezels being just too pronounced. All of that makes it seem like a phone that dates back to almost half a decade back. Color options include Midnight Blue and Amber Red and is going to be available from both Amazon and Flipkart.

Overall, there isn’t anything with the new Z61 Pro to make you too excited, save for the price along with its ‘Made in India’ attribute. The company is banking on these two factors to sell the phone in view of the current anti-China sentiments prevailing in the country. Meanwhile, the company also has a ‘Design in India’ contest going where it invited applications from Indians to design and build a phone in the country.