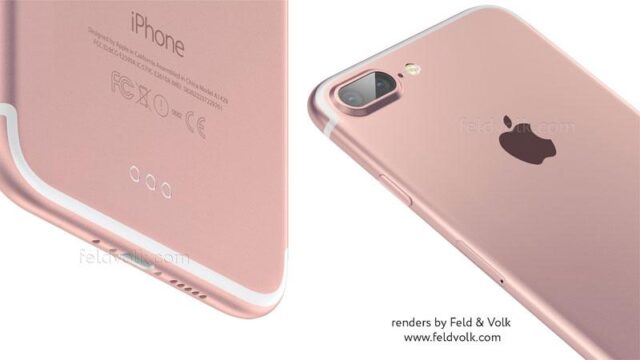 The Apple iPhone 7 Plus, the next iOS Phablet from the house of Cupertino will be loaded with new features which include wireless charging and dual cameras. Ever since the 21st March 2016 Apple event, the rumour mills have been churning out news about a possible iPhone 7 Plus UK release date and the phone’s features.

So there is every possibility that Apple will follow past convention and launch iPhone 7 Plus in September. However, the only lacunae in this otherwise plausible theory are that September 9 falls on Friday and Apple in the past has launched events on Tuesdays or Wednesdays. Hence, a possible date could be September 6 or 13.

iPhone 7 Plus Price Tag in the UK

There are rumours that Apple could be scrapping its 16GB model since the iPhone 7 Plus could feature the 256GB SanDisk NAND flash chip and the £619 might be for the 64GB variant.

Apple is well known for keeping a tight lid on its future developments but tit bits of information trickle out at times. A purported video of CAD renders of the upcoming iPhone 7 and iPhone 7 Plus was leaked and went viral on the web on 12 May 2016.

The video confirmed that iPhone 7 Plus will feature the dual-camera setup, will be devoid of the headphone jack and instead feature a Smart Connector on the rear of the smartphone.

MacRumors had reported on 9 May 2016 that it saw an iPhone 7 minus the headphone jack and a different back plate design. It also revealed the presence of three small dots for the smart connector, suggesting the rumours around the smart connector to be true.

According to the Apple iPhone 7 and 7 Plus rumors, Apple will stick to its current metal design. The ding–dong, Apple’s iPhone cycle of releasing the main iPhone update,e.g. iPhone 6 followed by a secondary iPhone update such as the iPhone 6s, which looks almost identical to iPhone 6 but is suitably refurbished will continue.