Lamborghini Urus SUV – Specs, Price, Features, and All You Need to Know 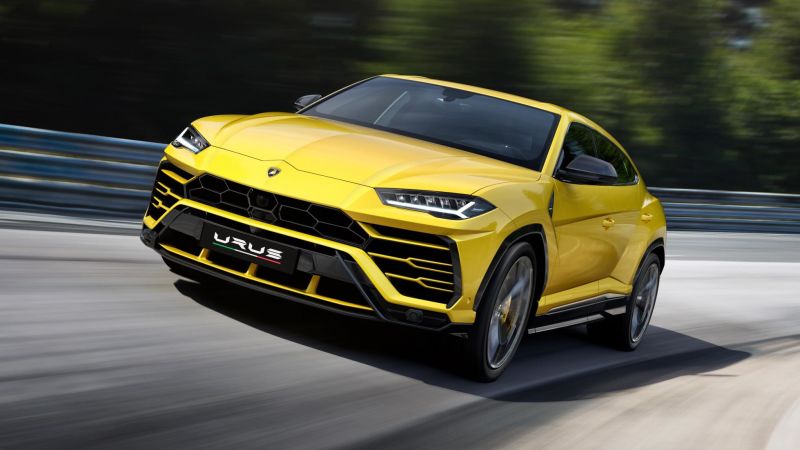 The much-awaited Urus by Lamborgini Automobili was launched yesterday. This is World’s first Super Sports Utility Vehicle which aims at introducing a whole new section of its own. The 2018 Lamborghini Urus has focused primarily on the all-road usability of the vehicle. The company claims that this SSUV has specialized modes for all kinds of roads like the racetrack, off-road trails, sand-dunes and low traction surfaces like snow-covered roads.

The Urus concept was initially presented at Beijing Motor Show five years ago. A separate production line was constructed for the production of SUV by dedicating 18 whole months for the same. Before the production started, a virtual design of the same was built down to the last minute detail over a computer to ensure everything checks out.

The LM002 follows the company’s supercars Huracan and Aventador regarding design and theme. The iconic Lamborghini lines have introduced additional trunk space, two doors and enough headroom for the passengers in the rear half. The headlamp and taillamp in Urus are similar to that of Huracan with a sharp look to it.

The Lamborghini Urus can jump from a standstill to 100kmph in a short time frame of 3.6 seconds with a twin-turbocharged 4.0-litre V8 that provides 650 horsepower. The top speed of the SSUV is more than 300kmph. Lamborghini always opted for normal V10 and V12. However, with the Urus, a forced-induction is featured as the car requires a healthy torque of 850 Nm which is provided at a low rpm of 2, 240 that stays until 4,500 rpm.

The Urus features an electro-hydraulically controlled eight-speed preference gearbox. The first-gears feature a close-ratio to increase low range performance and the higher gears provide a wider ratio to attain the highest possible top speed. Additionally, a torque-converter unit has been provided to provide extra support.
In just 12.8 seconds, the Urus can attain a speed of 200kmph. The brakes featured in 2018 Lamborghini are made from carbon-ceramic discs placed at both ends with a measurement of 440mmx40mm in the front and the rear end houses brakes with 370mmx30mm size. These brakes have been designed to enable the Urus to stop from a speed of 100kph within a short distance of 33.7 meters.

A Torsen self-locking differential has been featured in the four-wheel drive present in Urus. The torque on the same has been split by a ratio 40:60 to the front and rear axles. A maximum power of 70% can be received by the front tires whereas the rear can handle up to 87% which depends on the condition and driving mode. The SSUV features 21” to 23” wheels that have been specially constructed for the Urus by Pirelli. The rear wheel steering system has been borrowed by Aventador S. This specialized set of steering system allows the Urus to steer the rear wheel by a three-degree angle. At minimal speeds, the counter-phase steering option lets the car maneuver via tight spaces. The in-phase steering option enhances grip in the high-speed turning of the car.

The Urus comes with six driving modes which turn the off-road SUV into a track-ruling sportscar. The user can select this feature via the “Tamburo” selector located in the center console. Strada for daily use, Sport for spirited driving, Corsa for well-managed track engagement and Neve for driving through the snow are the four primary modes in Urus. Additional modes include Terra, Sabia and Ego mode. These modes are specifically designed to control the engine, gearbox and steering response along with altering the height from minimum 158mm to maximum 248 mm.

The design reflected in the Urus has been borrowed by its siblings from Lamborghini which are limited and come with an exceptional design theme. A Y-type design has opted for the dashboard features which have the buttons and instruments inclined towards the driver. The current models in Lamborghini feature hexagonal design elements and the same has been done for the Urus as well.

Another vibration damping feature has been added via the implementation of the three-spoke steering wheel. The latest infotainment system is available via the dashboard. The seats for both the front passengers flaunt a 12-way adjustable feature with extra 18-way adjustable seats. The boot houses a 616-liter capacity which can easily be extended by folding the rear seats.

The Lamborghini Urus has been scheduled to go on sale during the 2018 spring in the international market with a base price estimated to be USD 2,00,000.

2018 Lamborghini Urus is a Super SUV! – All You Need To Know