Kodak will unveil its first Android smartphone at CES 2015 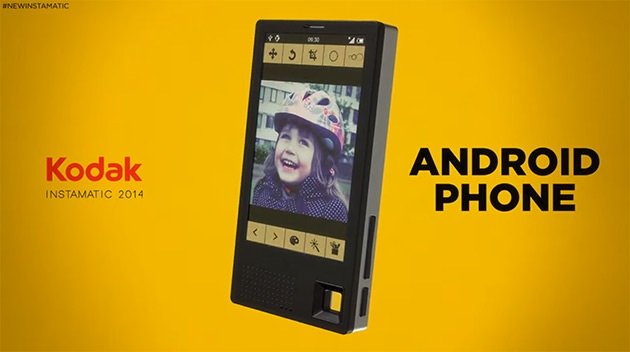 Camera-making firm Kodak has recently announced that it is going to launch its first range of Android smartphones at January’s Consumer Electronics Show in Las Vegas. The company claims that its smartphones will have a “best-in-class image management software and features.”

Kodak used to rule the photography world with its lineup of films back when film cameras were mainstream. As the world moved to digital, Kodak eventually filed for bankruptcy. After its recent emerge from the unfortunate situation, the company is now looking to expand into more markets.

Kodak says that its Android smartphones will be aimed at consumers looking for a high-end smartphone without all the complexities of operating them. The company announced that it would introduce a great design and user interface to give users a better experience in using the phone.

The firm has partnered up with a British company Bullit that will make most of the components of Kodak’s new Android phone. The company Bullit is also known for making CAT-branded phones that are famous for their extreme durability and ruggedness.

Kodak hasn’t announced much about the specification of its upcoming range of smartphones, but it made it clear that the emphasis is on the camera and imaging software.

Kodak’s new range of Android smartphones will come preloaded with image capture, management, and sharing features. In addition, the new UI will offer the option to guide family members and friends to take advantage of its various features and functions.

Although how Kodak’s line of Android smartphones will perform in the market remains to be seen, the company seems confident about its new venture into the smartphone arena.

Kodak will bring more Android-powered mobile devices including a 4G smartphone, a tablet and a connected camera during the second half of 2015.