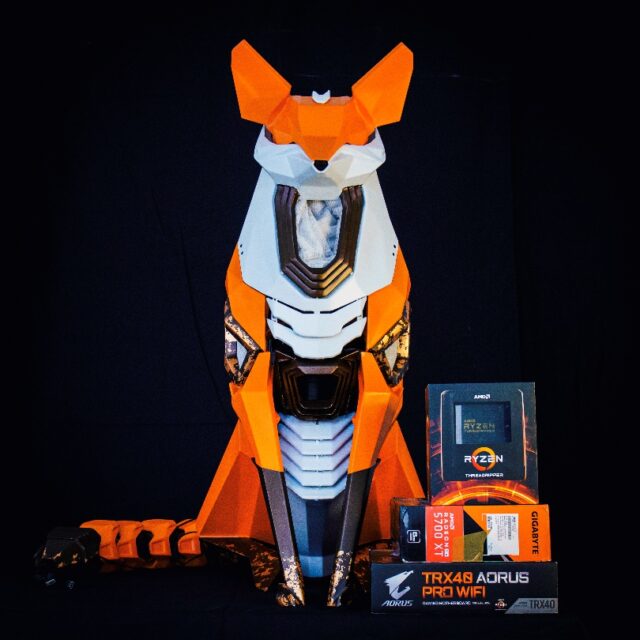 Fox My Box has taken the wraps off of its new ‘Kitsun – the Fox PC’ in India where it is targeted at the PC modding community, gamers, and performance PC enthusiasts in the country. To help you get started, the Kitsun – the Fox PC essentially is a custom PC cabinet and is no doubt a one-of-its-kind PC cabinet that has been built in partnership with Gigabyte, AMD, and Studio 34.

To delve deeper into the specs, the Kitsun, the Fox PC is powered by the 3.8 GHz AMD Ryzen Threadripper 3960X based on the Zen 2 architecture. Then there also is the Gigabyte AMD 5700 XT GPU, as is a Gigabyte 64 GB RAM along with Aorus 1 TB gen4 SSD. Among the other features of the cabinet include its Aorus 850 Watt power supply and 360mm Custom liquid cooling tech. Then there also is the TRX40 Aorus Pro Wi-Fi motherboard.

Another unique feature of the latest Kitsun PC cabinet is that the advanced graphic card that it comes with is run by ‘joining two riser cables’. That also makes it a one-of-its-kind arrangement ever attempted on a working PC without compromising on the performance aspect. Also, with such high-end components under its hood, there sure is going to be a lot of heat generated.

Ensuring the interiors remain cool enough, the Kitsun runs a custom loop with a 360-degree radiator. Then there also is the BYKSKI waterblock and a radiator all tasked to keep peak temperature of around 50 to 52 Degrees at 100 percent load. All of that is necessary given the PC cabinet’s intended working scenario which includes 4d motion and rendering.

For all the superior performance the Kitsun – the Fox PC is capable of, it costs a cool Rs. 12 lakhs, sans the hardware.