Kingston has a proven track record in the market as a reliable memory and storage chip maker. We’ve seen them make some of the demanding hardware to common items like flash storage. One item that is going popular these days is SSD’s.

There was a time when SSDs proved to be a costly affair but things have normalized a bit. We are seeing more and more OEMs switching over to SSD and there is a possibility that a PC or laptop you own right now might have a M.2 slot for it.

We got the opportunity to test out the latest Kingston KC2500 M.2 NVMe SSD which is among the best storage options that you buy right now. The KC2500 promises to deliver powerful performance using the latest Gen 3.0 x 4 controller while being compact and fitting in a M.2 setup. So, should you get this over the KC2000 for your next PC build? Let’s find out in our full review.

The Kingston KC2500 comes in the M.2 form factor which is quite common these days. It comes in an M.2 2280 double-sided form factor with a black PCB, which makes it stand out when compared to other SSDs in this price point. The KC2500 is a self-encrypting drive (SED) that features XTS-AES 256-bit hardware-based acceleration that is TCG Opal 2.0 compliant and meets IEEE-1667 specs. 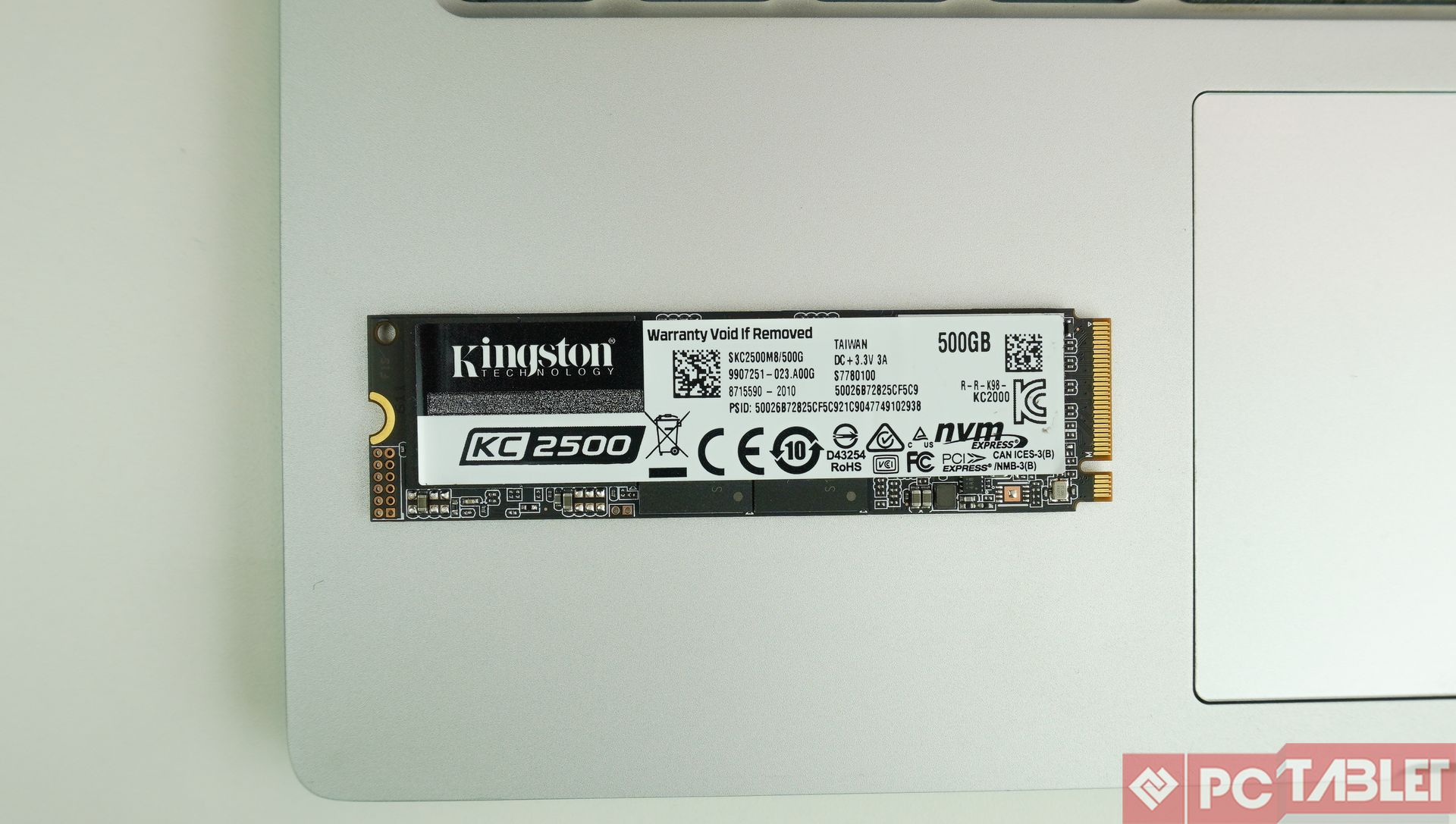 One thing we need to appreciate here is the fact that Kingston lists out all the chips that they’ve used here including the Silicon Motion SMI2262EN controller and 96-layer TLC flash memory. Since this isn’t marketed towards your gaming build as much as it is towards high-end workstations, this reflects in the packaging as well. Despite the fact that it costs a bomb, Kingston seriously needs to work on its packaging.

The KC2500 is available in 250GB, 500GB, 1TB and 2TB models. The sequential read speed is rated at 3,500MBps across all four models but the sequential write speed ranges from 1,200MBps to 2,900MBps. The 500GB model that we tested had 2,500MBps write speeds. The SSD comes with a standard five-year warranty and a copy of Acronis True Image HD which lets you clone your previous drive onto this SSD. 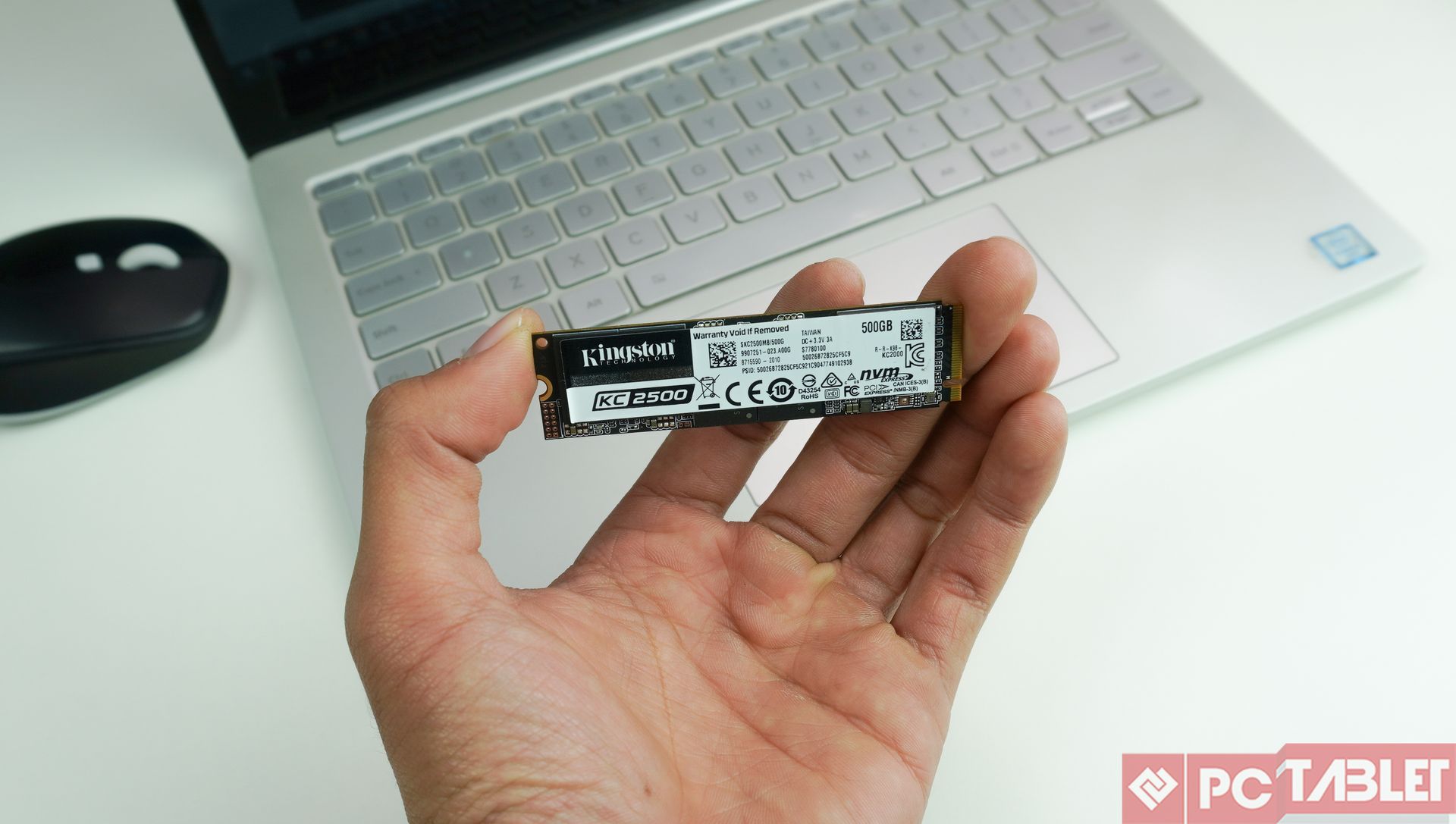 The installation process is easy and can be easily done by slotting the module in a M.2 slot and tightening the screw. The formatted capacity of our unit was 467GB out of the box. There is Kingston’s SSD Manager software which lets you check your drive’s health and status, update its firmware, and wipe its contents securely.

The drive is aimed at desktop, workstations, and high-performance computing (HPC) systems and for the sake of testing it, we used it on our Editing rig. Moving to benchmarks, upon Using the CrystalDiskMark, the read and write speed numbers were similar to what the brand advertised. We did notice some dip in the numbers after putting the drive under several benchmark rounds. This is could be attributed to thermal throttling since there is no heat spreader on it. 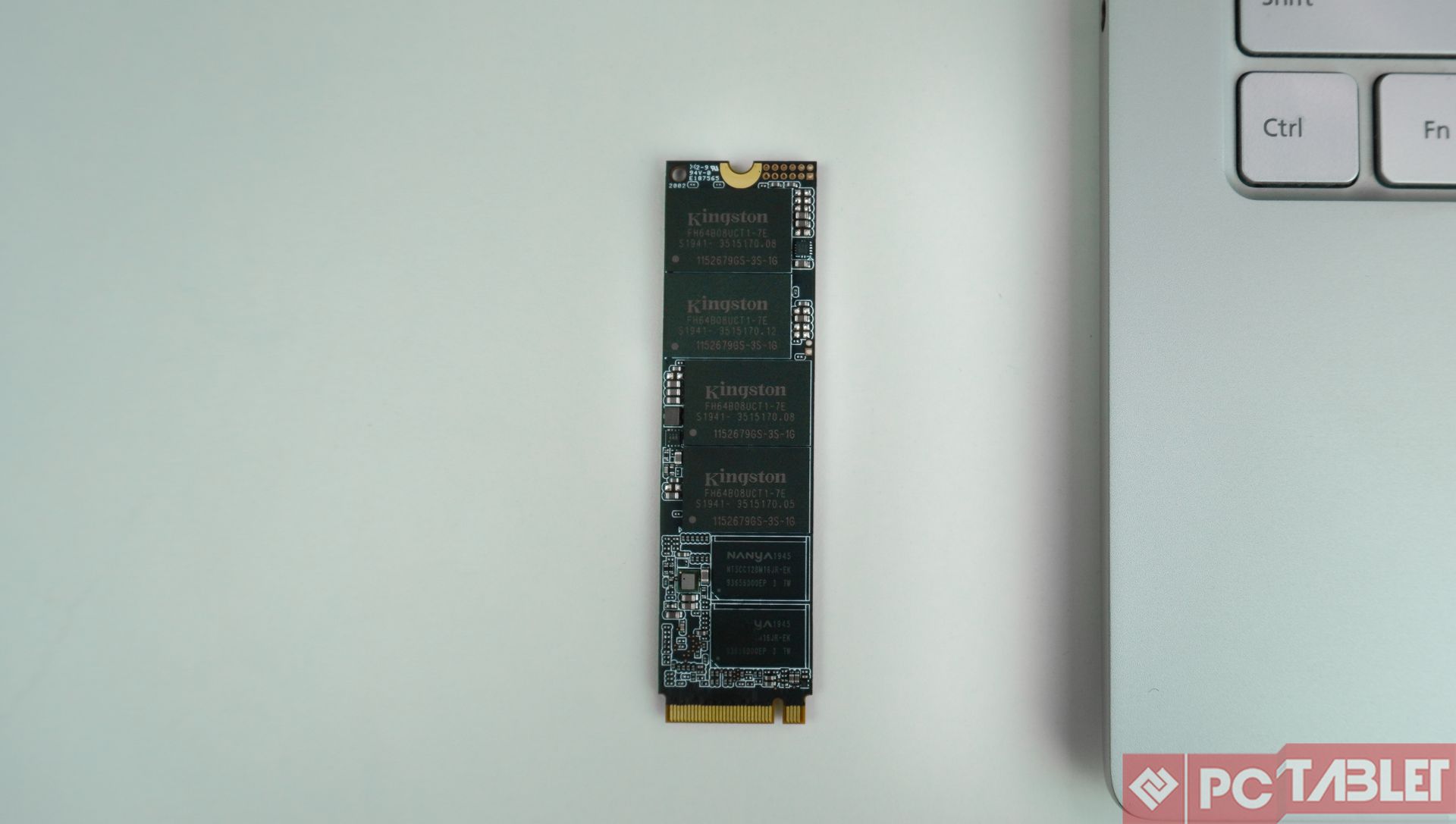 Kingston has once again delivered with the KC2500 and the drive is both reliable and fast. If you’re currently in the market for a new SSD, the KC2500 should be on your list, if you’re going with the smaller capacities.

For higher capacities, the drive is a bit overpriced. In under INR 8,000, you can easily get the Adata XPG SX8200 Pro or the Samsung SSD 970 Evo Plus which perform similarly but cost quite less. But if you’re dead set on getting the KC2500, we would suggest keeping an eye during sales when the prices dip down.