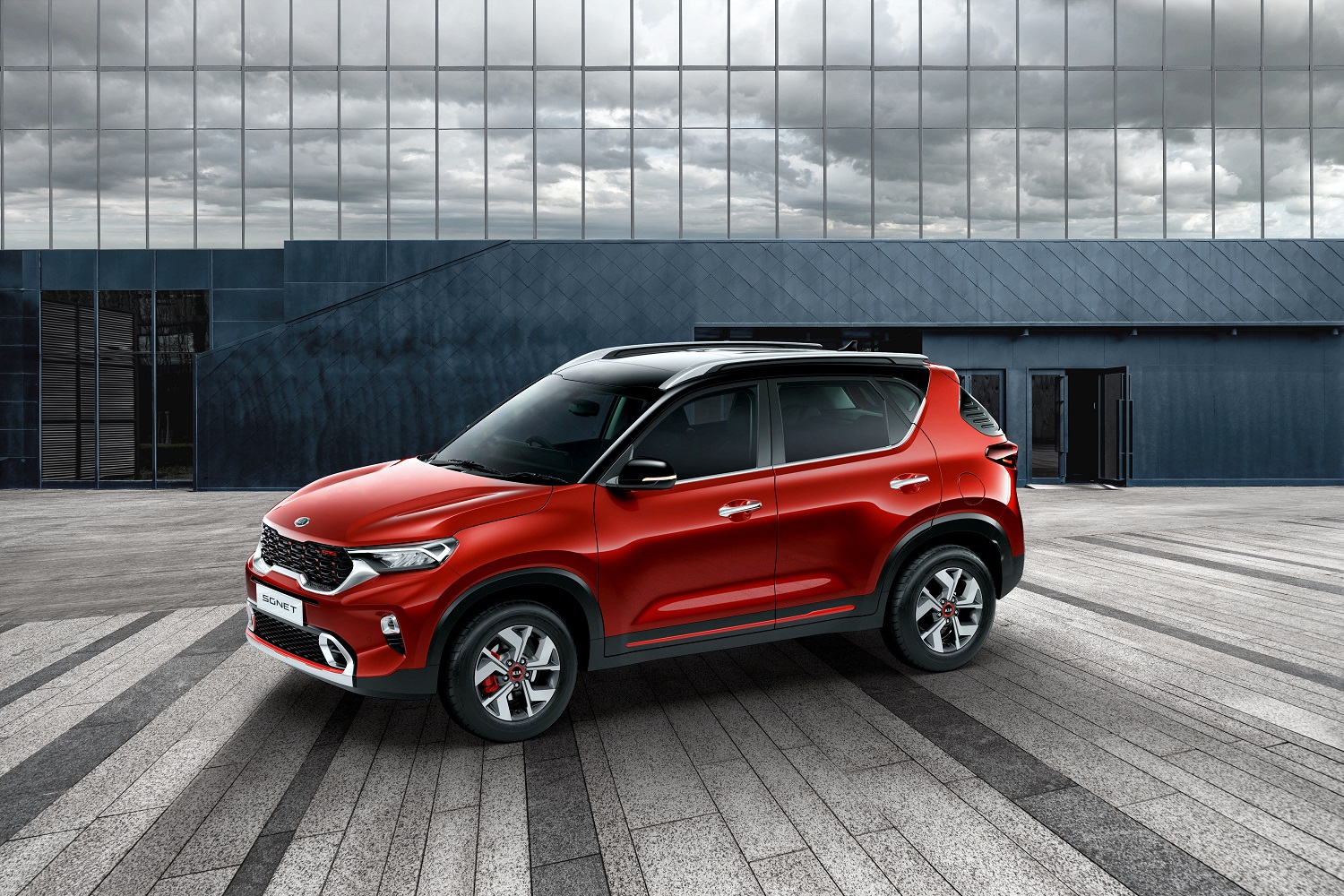 Kia Motors today launched the Sonet compact SUV in India. The South Korean carmaker said its new Sonet has an aggressive stance and boasts of modern styling that makes it fit for the millennials and Gen Z buyers.

Designed from scratch by Kia Motors India and its global research and development center based in South Korea, the new Sonet made its world debut in India today and is also going to be exported to several markets worldwide. In India, the Sonet will be manufactured in the company’s Anantapur factory in Andhra Pradesh that has already seen investments to the tune of $2 billion plowed in.

The Sonet is going to be available in both petrol and diesel engine options – a 1.2-litre four-cylinder and 1.0 T-GDi petrol powertrain along with a 1.5-liter CRDi engine that runs on diesel. You also have five transmission options to choose from – a five and six speed manual transmission, a six speed automatic, a seven speed DCT along with the company’s latest development – six-speed Smartstream intelligent manual box.

The front is dominated by the company’s signature tiger-nose grille complemented by the classy chrome and diamond knurling pattern. Kia said the grille mesh design is a tribute to ‘India’s historic strengths in sophisticated mathematics, science, and architecture’.

The interior again is all about style, sophistication, and practicality. The sub-four meter compact SUV has space to seat five comfortably while still having some luggage space as well. The minimalist center console and the sweeping dashboard means you have all the controls within easy reach. The 10.25-inch HD touchscreen on the inside is the largest in the segment.

Besides, there also is the 4.2-inch instrument cluster where the driver will have all the driving paraments displayed conveniently. Among the info that gets displayed in the instrument cluster include turn-by-turn navigation instructions, Highline Tyre Pressure Monitoring System (TPMS), and drive mode and traction mode selection.

For safety, there are a host of features and equipment incorporated to ensure the new Sonet is among the safest cars to be in. Those include half a dozen airbags, parking sensors at the front and rear, ABS with EBD,  ISOFIX child-seat anchoring points, Hill-start Assist Control, Electronic Stability Control, and Vehicle Stability Management to name a few.

In India, the Sonet is going to compete with some established rivals such as the Tata Nexon, Mahindra XUV300, Hyundai Venue, and the Maruti Vitara Brezza. Kia, though, is yet to announce the pricing of the new Sonet.