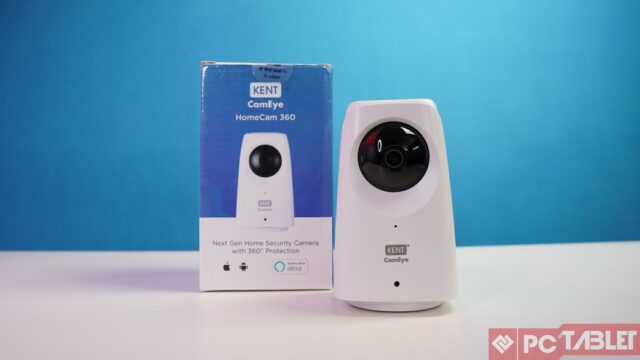 Kent has been a household name in the Indian market for its RO systems followed by Air Purifiers, blenders, and other kitchen appliances. Now the brand has dabbled into the security equipment space with the Kent Cam Eye 360 Security Camera. This is your regular run of the mill 360 smart camera which is feature-packed up to the brim.

Coming in at a price point of INR 2,999, the Kent Cam Eye 360 Security Camera is on the pricer side of things. So, should you invest in the Cam Eye 360? We used the smart camera for a little over two weeks, and here’s our full review. 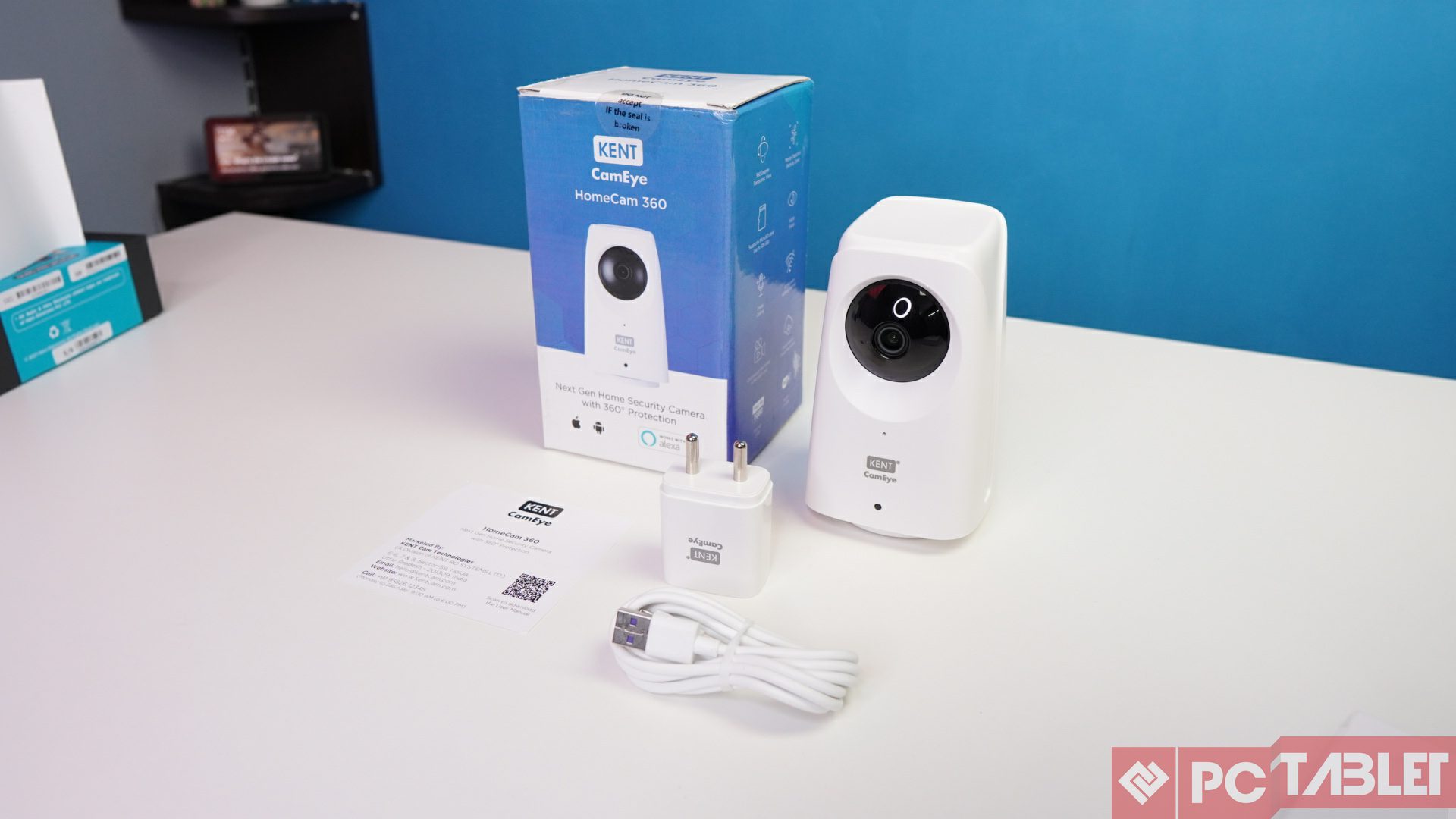 In a sea of dome-shaped 360 cameras, the Kent Cam Eye 360 stands out with its mostly squared out design with a circular base. The camera is available in just a single shade and there is a two-tone finish on it. On the front, you get the camera lens, LED, and mics. The microSD card slot, the reset button and the speaker grill are placed on the backside. 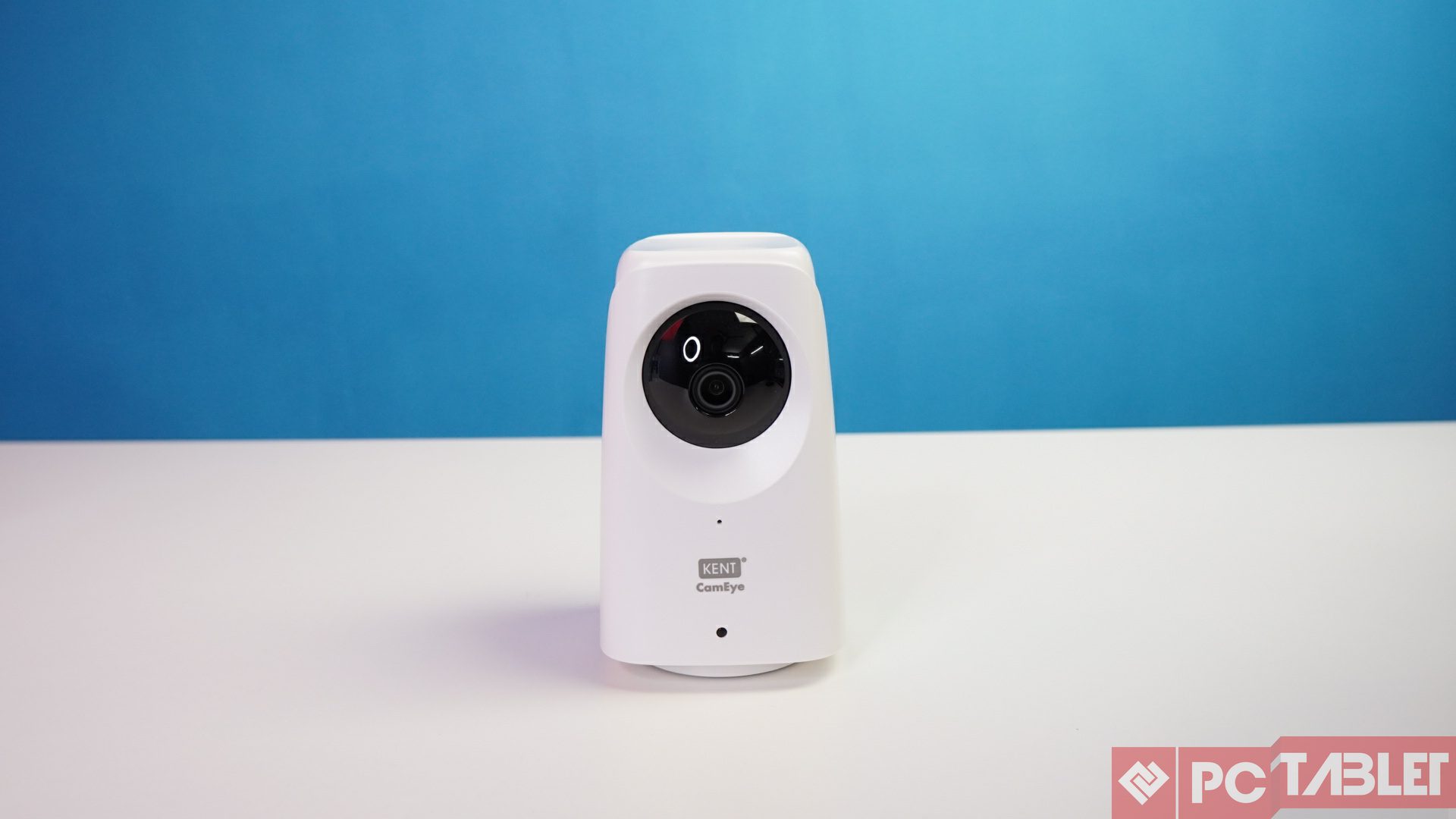 The camera uses a microUSB connector which is better than the barrel connectors the competition offers in the same price bracket. The bottom of the camera has the mounting plate attached, which the screws bundled within the package. While this is an indoor/outdoor product, there is the word on the IP rating.

Coming to the installation, the whole process is easy and the camera can be mounted in either direction. All the necessary screws and fixtures are bundled in the box, along with the cable. 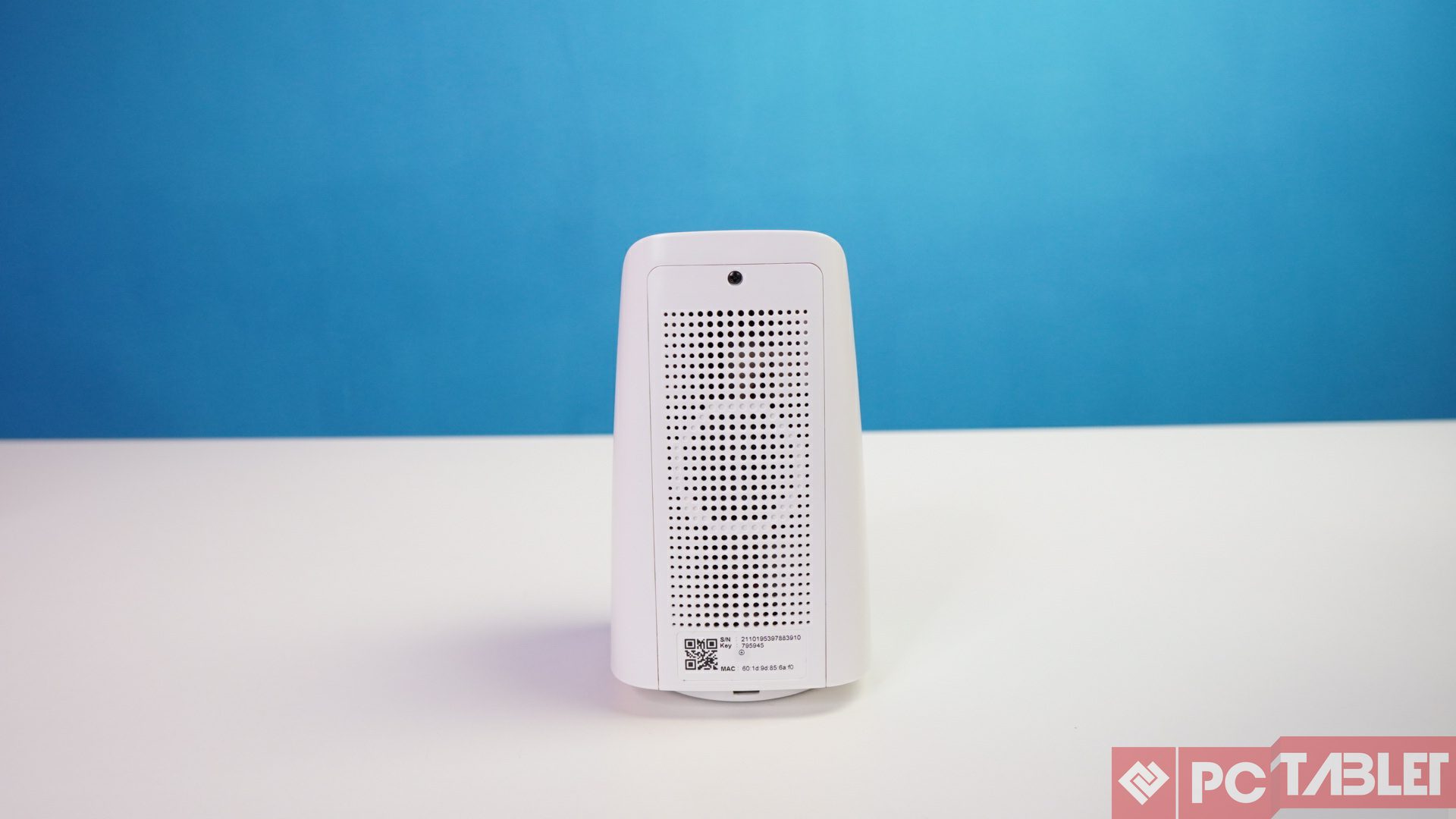 Next up is the pairing process, which is done via the Kent CamEye app that is available for both Android and iOS. Upon opening the app, you are prompted to make a Kent account and then add the camera as a new device. From there on the process of booting and setting up the camera is straightforward. 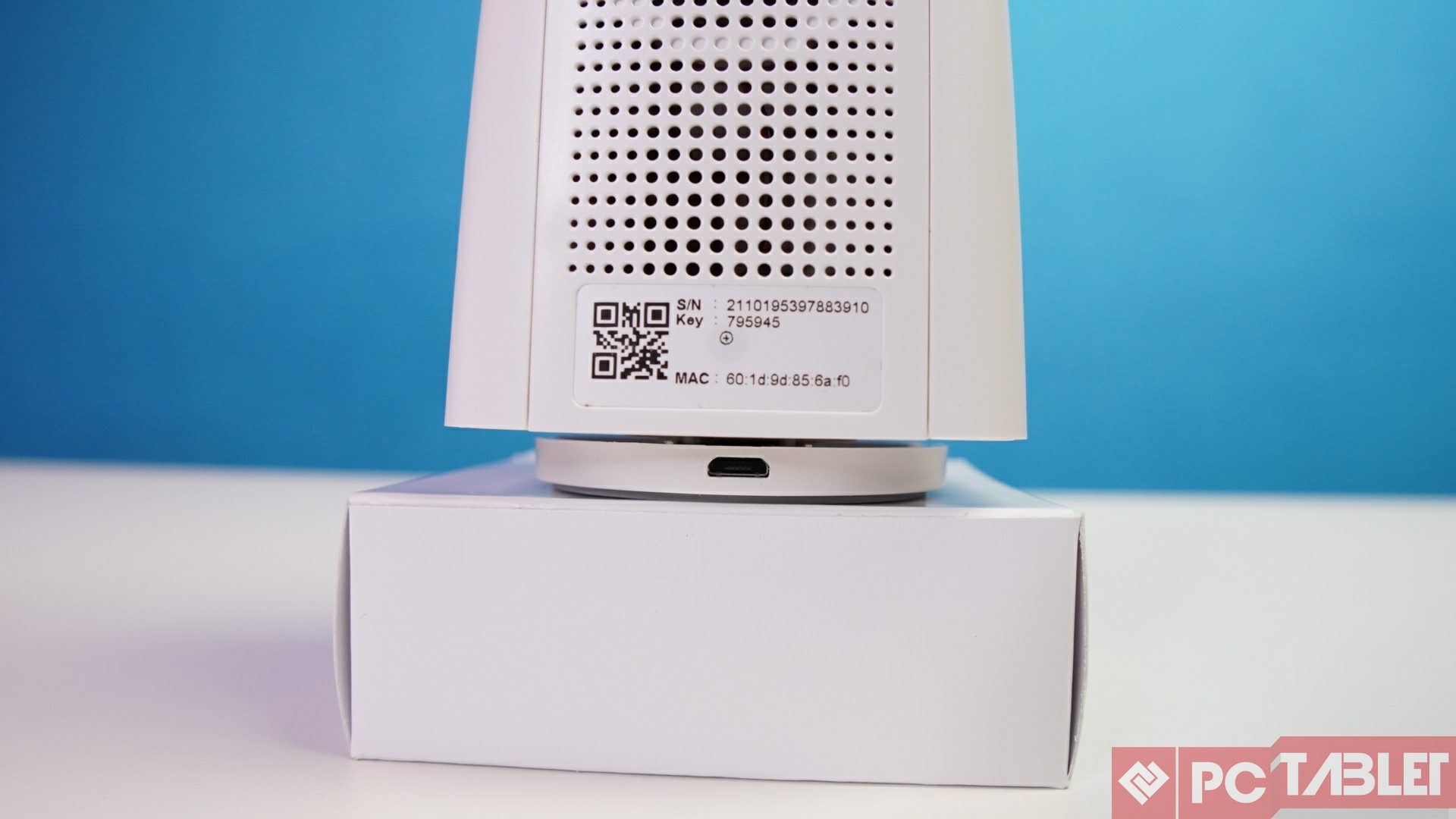 You get support for Night Vision, meaning the camera can record in nigh time, for this Kent has added extra LEDs. The camera can record up to 1080p videos in H264, which consumes quite a lot of storage. In comparison, some of its competitors can record in H265, where file sizes are small, and you don’t lose out on the footage quality as well. The footage retention will be a big deal since the maximum sized card the camera can take is 128GB. While you can switch between different resolutions for saved footage, going with 1080p will hold just 2 weeks of footage on the card. 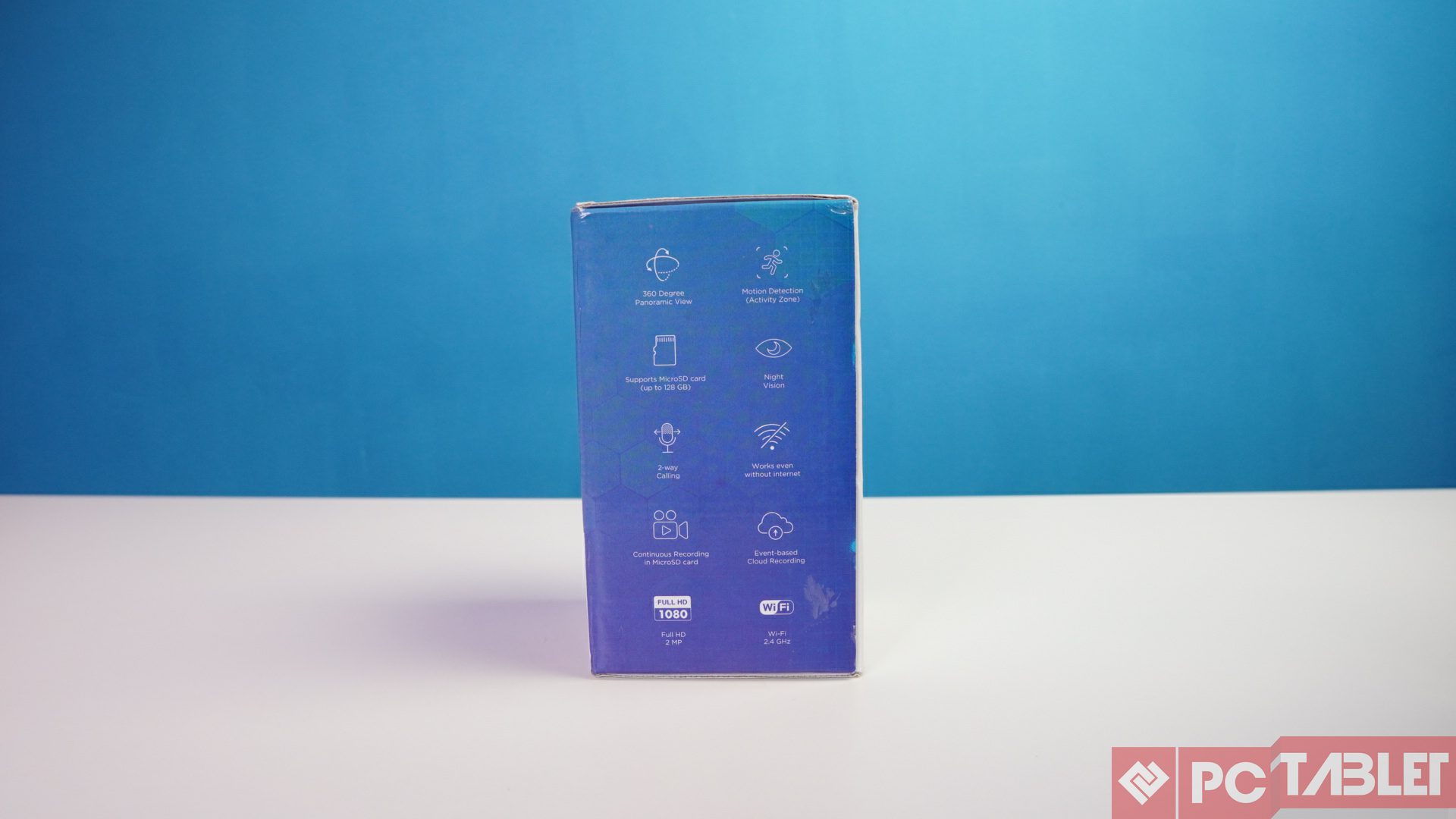 There is motion detection, intruder detection alarm system, motion tracking, and more. The CamEye 360 app also allows for cloud backup, meaning you can offload some of the important clips onto the cloud. There is native support for Amazon Alexa and the camera can easily be paired with any of the Echo smart speakers/ displays.

The camera also has a two-way communication option using which you can carry a conversation with, say, a delivery person visiting your place to drop off a package. An intruder alarm system is also present in the camera which can be handy in certain situations. Another feature that we believe should be present on more cameras is the Privacy mode, here within the CamEye app you can designate certain spots which are off-limits to the camera, thereby maintaining privacy.