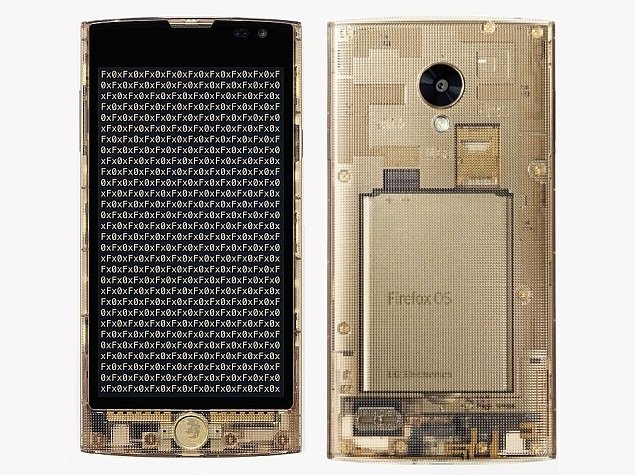 KDDI in association with Mozilla Firefox has launched the first Firefox Smartphone in Japan. LG is the silent partner in this new alliance. The new Smartphone has been named as Fx0, which is designed by Tokujin Yoshioka. He is one the famous designers in the world. However, the model takes most of its features from LG G3.

The transparent phone is the most expensive model of Firefox till now. The device is priced around $420. It is expensive compared to other Firefox OS handsets selling in the market.

The differentiating point in Fx0 is its transparent shell. The Smartphone is transparent from side, back and front panels. The Firefox logo near the home button catches the attention of users. It is embedded in golden shade.

The new Smartphone Fx0, which is also the first high-spec handset of Firefox OS, will go on sale on December 25. It is will be limited sell that will be followed by a grand release in Japan starting January 6, 2015. The company has not provided any details for new handset launch in other regions.

Mozilla manages the Firefox OS. Fx0 makes the first handset in the Smartphone category of Firefox. Prior to it, the OS was available in entry-level devices.

The Smartphone works on 1.2GHz Snapdragon 400 processor and 1.5GB RAM. It operates on 2,370mAh battery and sports 16 GB of storage space. The storage is expandable up to 64 GB through microSDXC card. Fx0 sports a 2.1MP front camera and 8-MP rear camera with a feature of LED flash.

The measurements of Fx0 are 139x70x10.5 mm and it weights 148 grams. It offers advanced connectivity options including 4G LTE and NFC support.