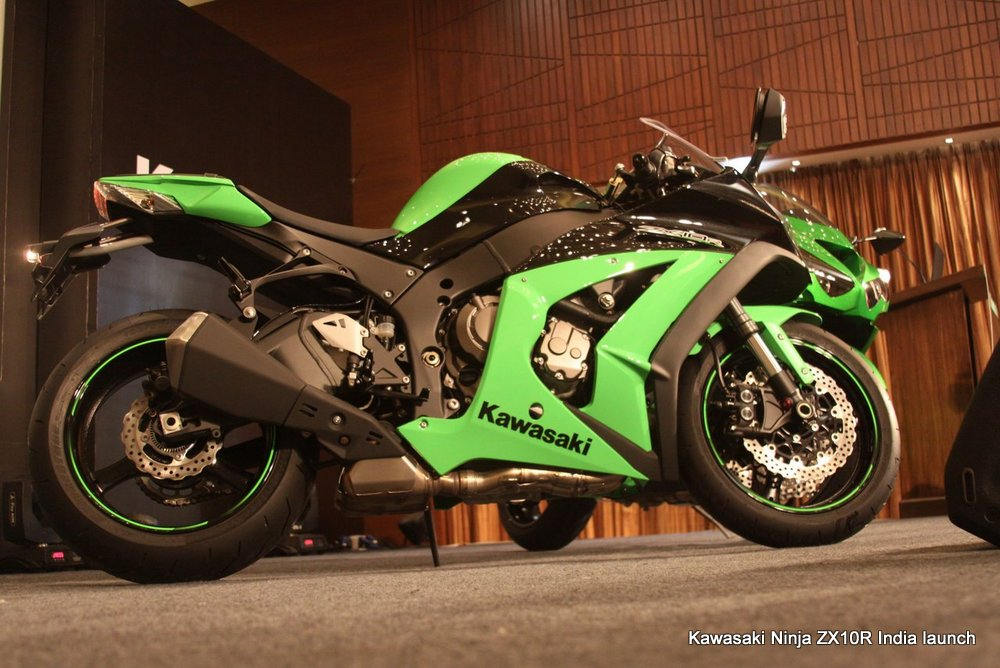 Kawasaki Motors has launched 2 new bikes in India – Kawasaki Ninja ZX10R and Kawasaki Ninja ZX14R in Pune priced from Rs 15.7 lac and Rs 16.9 lac. while the former superbike runs a 998CC engine, the latter is powered by 1441CC engine.

“We would take this opportunity to thank our partners Bajaj Auto for the incessant support in setting up this business and will look forward to their continued collaboration in the future. With the positive feedback on our existing models such as Ninja 300 and Ninja 650, I am confident that the new launches will also be accepted by the Indian consumers enthusiastically. India is an important market more us and which is why we have brought the latest and the best of Ninja’s portfolio in the country. We are optimistic of introducing 1 – 2 launches of this stature every year”, said Mr. Yuji Horiuchi, the Managing Director of the India Kawasaki Motors in connection with the launch of new luxury sport bikes.

India’s ‘Youngistan’ has many bike enthusiasts and the bike company as already experienced the potential of the two-wheeler market in the country. This makes it bring 2 new hotshots in the the Ninja family and in the country. 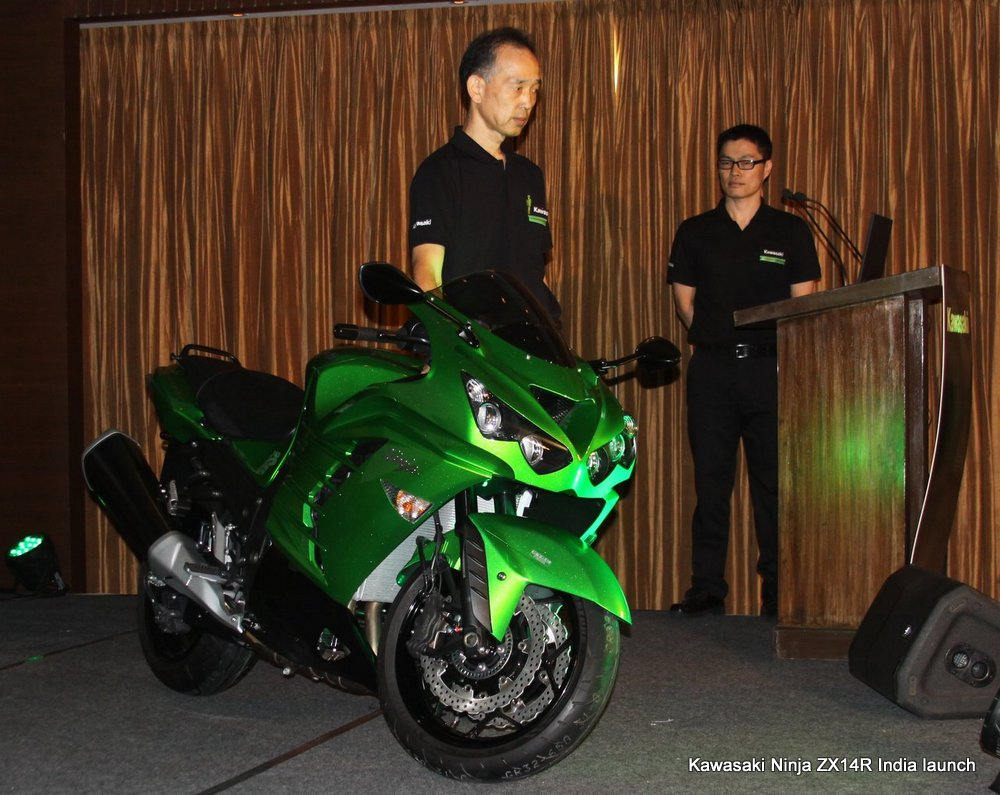 The Ninja ZX-10R includes new suspension and a new frame. It gets ABS and traction control too. It is capable of performing a lot more. For instance, there is 1 liter engine (4 cylinder and 4 valves per cylinder) capable of delivering 210 PS of peak power at 13,000 rpm and 114 Nm of peak torque at 10,000 rpm. There is 6 speed manual gearbox.

Similar to Ninja ZX10R, ZX14R is outfitted with 6 Speed gearbox and ABS, traction control for safety. What separates it from the former is powerful engine and 3 riding modes for different riding conditions. The Ninja ZX14R uses a 1,441 cc four cylinder petrol engine and delivers similar power of 210 PS, but at a lower 10,000 rpm.

Bookings of the motorcycles are open. Deliveries start from the end of September.