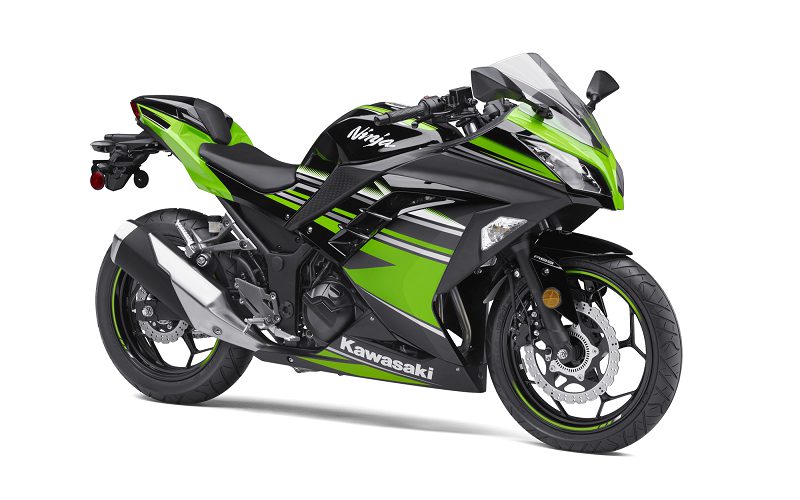 Japanese superbike manufacturer Kawasaki has launched the limited edition Ninja 300 KRT in India for Rs. 3.61 lakh (ex-showroom, Mumbai). Like the name suggests, the Ninja 300 KRT is inspired by the Kawasaki Racing Team (KRT) and is a special edition variant of the original Ninja 300

The new Kawasaki Ninja 300 KRT special edition features no mechanical changes, as it retains the same liquid cooled 296-cc parallel twin engine that churns a maximum power of 38 bhp at 11,000 rpm and a peak torque of 27 Nm at 10,000 rpm. The engine gets mated to a 6-speed gearbox,  while the bike’s top speed is touted at a 160kmph.

In terms of features, the new Kawasaki Ninja 300 KRT special edition sports a  multi-function LED display that houses the speedometer, dual trip meters, odometer along with the fuel gauge.

In other related news, Kawasaki recently showcased the upcoming Ninja 650 at an event in Germany. Based on ER-6f, the all new Ninja 650 gets several mechanical and electronic upgrades. Moreover, the company claims its managed to reduce the bike overall kerb weight by 19kg, which increases its fuel efficiency by 6.8 percent.

Talking about innards, the new Ninja 650 rocks a 649-cc parallel-twin engine that belts out 69 hp of power. The engine is mated to a 6-speed gearbox and comes with a slipper clutch and ABS as standard. The all new 2017 Ninja 650 gets four colour options which include the lime green KRT edition, metallic spark black, pearl white and candy burnt orange. The bike is expected to launch sometime in mid-2017.