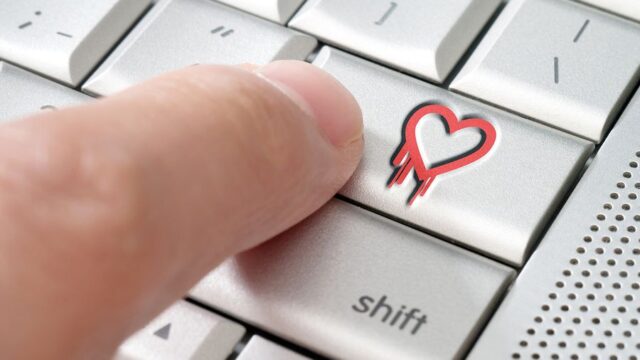 Valentine’s Day means not only spreading of love messages but also big business for cyber criminals. Nowadays, many online retailers run special sale during the first few days of February by offering over-priced flowers and a box of soft-centred chocolates at rock bottom prices.

According to experts at Kaspersky Lab, the under-priced selling of items during Valentine’s Day has created a massive playground for spammers and cybercriminals. There are widespread reports of couples being cheated by fake emails and links with attractive offers.

While the risks range from annoying to highly dangerous, it is difficult to distinguish between fake and genuine offers. Meanwhile, some emails with tempting offers and deals are even more threatening, because it redirects you to a website where your personal details including banking information can be stolen through a smooth phishing attempts.

Experts have also identified another potential category of risk involving malicious attachments in electronic greeting cards. If opened, users will be redirected to a website where the couples will view attractive offers with free gifts. The end result is that they will not only receive the goods but also their crucial banking information will be stolen.

According to security analysts, the amount of damage caused as a result of fake identities is irreversible. Moreover, complaints given to cyber police department will be never solved due to lack of vital information.

Recommending users to be cautious during the month of February, Altaf Halde, Managing Director – South Asia, Kaspersky Lab said that one of the largest spam-points of the year is traditionally the time around Valentine’s Day, because cyber criminals do not miss the chance to promote traditional gifts like flowers, chocolates or jewellery at seemingly unbeatable prices.

With the rapid growth of social media platforms such as Facebook, Twitter and Pinterest, the amount of risk and damages during Valentine’s Day has been doubled. The threat can be in the form of wall posts, tweets, and private messages including an invitation to become a friend.

In some instances, an unknown mobile app will be installed which will ultimately steal all your contact information upon clicking a link through a smartphone. Hence, you should be careful while clicking on links which are not reliable.

Halde further recommends users to make use of popular antivirus software and keep them updated on a daily basis to protect against viruses and threats. He also suggests users to install the relevant antivirus software on the smartphone as well with special mention to be vigilant against emails with attachments from unknown sender especially during Valentine’s Day.