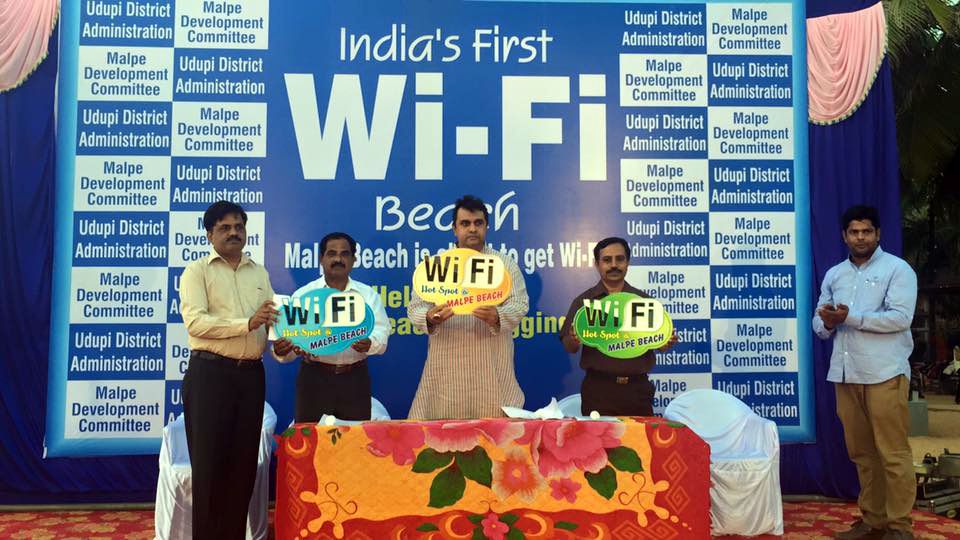 Malpe beach in Udupi district has been officially become the first beach in India to have Wi-Fi connectivity. Inaugurated by Pramod Madhwaraj, Udupi MLA, on January 25, the service will be available for free of cost for 30 minutes per phone and the speed will be equal to that of 4G connectivity.

Speaking at the inaugural function at Malpe beach, Madhwaraj revealed that the duration of free Wi-Fi access service will be extended by the end of the year.

He also said that Malpe beach has attracted several tourists from both India and abroad and the free Wi-Fi connectivity facility is added to enable visitors to navigate the web on the go.

Launched under the Digital India initiative of the Government of India, the required infrastructure, support, and bandwidth for the free Wi-Fi service is provided by Bharat Sanchar Nigam Limited (BSNL). The Department of Tourism under Karnataka government will pay an amount of Rs. 1 lakh to BSNL every quarter.

“The provision of the free Wi-fi facility would one more attraction for the tourists to visit the beach,” said Madhwaraj during the launch event. He also informed the audience that the required steps will be taken to provide the round-the-clock Wi-Fi facility for tourists on the beach.

With a total amount of Rs. 80 lakh spent towards the Malpe beach development works in 2015, Madhwaraj said that the work on the road development will be initiated soon with a projected expense of Rs. 5 crores in 2016.

Organised by the District Administration, the free Wi-Fi access facility was jointly hosted by Department of Tourism and the Malpe Beach Development Committee.