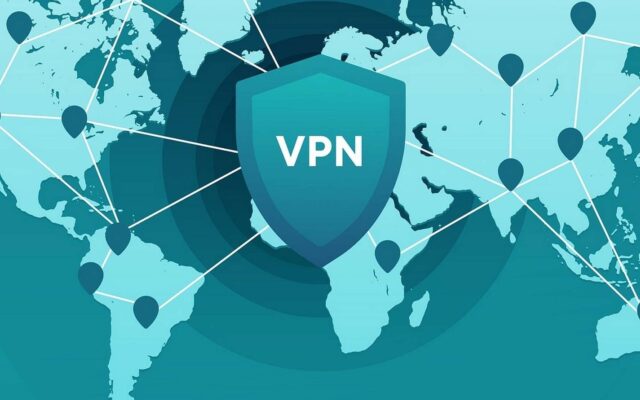 We all are aware of the giant in the streaming industry known as Netflix, which houses a library of more than 16,000+ features. It may be a shock to you or an obvious fact that this global service is regionally bordered. The history behind this divide is quite interesting but an inconvenience to viewers.

As a subscriber, you’d want to stream the entire library of Netflix (it’s your right!) but the region restrictions are Netflix’s way of controlling content viewership and strategizing the growth of the platform through relevant suggestions and listings. If you’ve been around the internet world long enough, you’d know that a popular way to cross this border (a virtual one) is by use of a VPN.

In this article, we will show you the best VPNs that can help you stream Netflix. We’ll even test out options like Surfshark, Cyberghost, and ExpressVPN for streaming Netflix. To understand this, we’ll have to dive into the history first.

Why does the region jump need?

As we said, Netflix has an amazing content library, and it was a shame to see it divided. That is why the word Netflix requires a suffix of the region like Netflix US/UK/Australia/Canada. That is when the use of VPNs became more common. Virtual Private Networks (VPNs) tend to hide your IP address.

It allows you to change your geographical location, making you seem like a local accessing Netflix from a different region. If you want to stream Netflix US, you can change your IP to the US. It’s that easy.

It wasn’t long enough till Netflix realized this trend and saw it as a violation of their content rights. Back in 2016, Netflix started to initiate a crackdown against these VPN users. They released a statement as follows:

“…. given the historic practice of licensing content by geographic territories, the TV shows, and movies we offer differ, to varying degrees, by territory. In the meantime, we will continue to respect and enforce content licensing by geographic location.”

Region jumping through VPN was needed at the time, but now Netflix has gotten smarter in detecting VPN-provided IP addresses. Their efforts may be consistent, but we managed to narrow down some of the VPNs that can still give you the region jump without getting caught. Let’s get started:

ExpressVPN is an expensive (compared to others) choice for a VPN, but it is a market leader, nonetheless. Its privacy-conscious service helps you stream the best of Netflix content libraries at its lowest price of just 6.67$/month.

It ranks best in terms of security, streaming, and speed. Other than Netflix, it can also help you stream Disney Plus, Prime Video, and HBO.

Surfshark is relatively new in the market but is already making great progress. It is popular as a budget-friendly VPN with insane amounts of features. And yes, its servers can access Netflix easily. But the twist is it might give low bandwidth based on the region it is connected to.

Based on a test, we found it to give slow speed when streaming Netflix UK but performed much better in Netflix Hong Kong (Asian region). Aside from these cons, it is affordable, provides strong security and privacy credentials, and has multi-device connectivity.

Cyberghost VPN is ranked highly for its great value addition. If you’re looking to stream Netflix with no fuss or trouble, this is an ideal pick. It has a starting price of 2.25$/month which includes two months free on a two-year plan. It is pocket-friendly and even offers a 45-day moneyback guarantee.

The cons of this VPN are that it sometimes gets slow when long-distance regional jumps happen. It is reported by some users that it does not work well for Netflix China. It also does not have a kill switch. What it does is automatically disconnect when it is not being used. Here, we run the risk of losing data if it is left idly open.

PrivateVPN can get you the best of Netflix in over 20 countries. Its reachability may lack, but it has great bandwidth, a zero log storing policy, and a 30-day moneyback guarantee. The cons of this VPN are that it has a small network of servers.

That may be the reason for it not being viable for all regions globally. Another con is its live chat support which doesn’t run 24/7. It offers up to six simultaneous device connections.

NordVPN is a specialized choice from the bunch and is another market leader for streaming content. It has specialized servers designed for Netflix streaming. This allows it to deliver 4K streaming at faster speeds as well. It supports other streaming services as well like Amazon Prime, Hulu, BBC iPlayer, and HBO.

The con reported about NordVPN is that it takes desktop apps some time to load. This bug is reported in a few cases, and we expect it to be dealt with in future updates.

The VPNs shared with you are tested every month and they have proven to be successful in accessing Netflix. A few VPNs were dropped from the category since users reported it to ‘sometimes work and sometimes not.

If you’ve got time on your sleeves, you are more than welcome to try out some of these VPNs that may or may not work on Netflix

Until then, enjoy the VPNs picked for you. December testing will also be done on the VPNs so stay updated to the blog for more. Happy streaming!