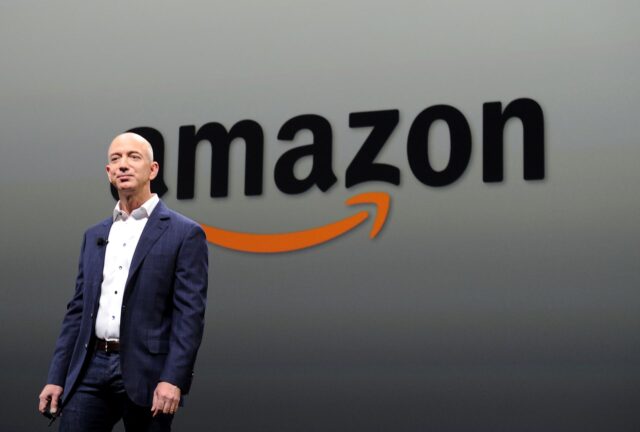 Jeffrey P. Bezos, the founder of Amazon.com and initiator of The Washington Post, has temporarily forced out Microsoft founder Bill Gates and became world’s wealthiest person, and the credit of this phenomenon goes to the notable surge in Amazon.com market shares on Thursday morning. According to the latest reports from Forbes and Bloomberg, the net worth of Jeffrey P. Bezos topped $90 billion on 27th July morning, letting the inventor of Amazon.com push back the CEO and the co-founder of Microsoft, Bill Gates to become the richest person in the world.

As detailed by Forbes and Bloomberg, the stock price of Amazon.com traded at $1,055.37 at 2:17 pm in New York, following the hike as much as $1,083.31, which this provides Bezos a net worth of $92.3 billion or around Rs. 5,92,798 crores. At the same time, Bill Gates had a net worth of $90.8 billion or approximately Rs. 5, 83,122 crores which pushed him back from the No.1 position. But in the afternoon trading, Bezos ranked second on the Bloomberg Billionaires Index, following the Microsoft co-founder, Bill Gates, 61.

In the afternoon of the same day, the stock price Amazon.com again slipped down, causing Bezos to revert behind Bill Gates and positioned as the second richest person in the world. Bezos by the end of the day was documented with worth $88.8 billion, after the $89.8 billion for Bill Gates. To those unknown, Bill Gates has been world’s wealthiest person since 2013 on the Bloomberg Billionaires Index.

On the other hand, this is the very first time that the market value of the e-commerce juggernaut went beyond $500 billion this week for, pushing back Gates to the second position. According to Bloomberg’s reports, in the most recent years, the wealth of Bezos has zoomed past that of famous shareholder Warren Buffett, Amancio Ortega, the Spanish Retail tycoon and Mexican magnate Carlos Slim.