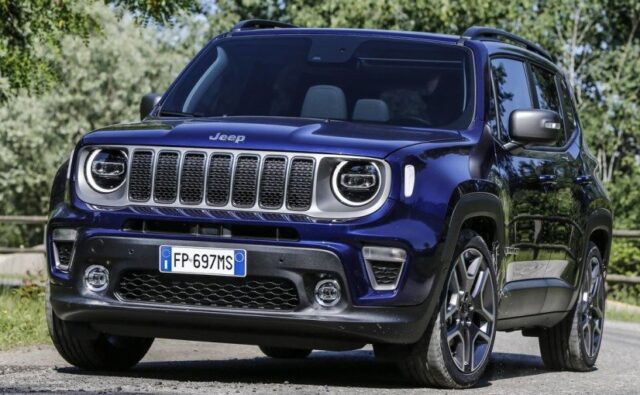 To begin with, there are subtle changes on the front with revamped projector headlamps along with a redesigned bumper. Even the front grille appears to be wider and gets a matte grey finish. The indicators are now fitted on the bumpers and will blink white instead of orange. The new Renegade facelift also gets updated outer rear-view mirrors which come integrated with indicators.

Even the rear of the new 2019 Jeep Renegade gets some minor design upgrades. For instance, it gets redesigned tail lamps giving it a more new-age look and feel. Also, the outer casing looks more refined thanks to the new gloss black shade instead of matte black found on the older model.

The 2019 Jeep Renegade will also feature a new range of engines with two different petrol engines. These include a 1.0-litre motor which churns out maximum power output of 120bhp, while the 1.3-litre model will be offered in two states of tune, which deliver 150bhp and 180bhp respectively.

That said, we’re still unsure whether Jeep will introduce a diesel variant of the upcoming Jeep Renegade. However, Jeep Renegade facelift will most likely be offered in a choice of petrol and diesel options.

In terms of pricing, the Jeep Renegade is expected to be priced around Rs 12 lakh (ex-showroom) in India. The market for compact SUVs in India is on a rise and given the overwhelming response bagged by Jeep Compass, it appears the upcoming Renegade has the potential to appease Indian buyers. The Renegade facelift will lock horns against the upcoming Hyundai Creta, which is slated for a release sometime next year.