Thanks to Jack Fischer, an astronaut of the National Aeronautics and Space Administration (NASA) and the current flight engineer of the International Space Station (ISS) who has treated the world to the most stunning time-lapse video and pictures of Aurora from the altitude of 250 miles. The video and pictures clicked by Fischer clearly exhibit the breathtaking view of sea foam green lights embracing Earth’s curvature from the International Space Station (ISS)

Aurora is a natural light exhibition in the sky which is often referred to the aurora borealis or polar lights. Jack Fischer, alongside posting the pictures and time-lapse video, has tweeted that watching Aurora is one of his most favourite tasks in his free time at ISS. From the pictures, the lighting treat of Aurora seems complete energetic, as it glosses over the sky in breathtaking sauciness. The pictures and video are taken some 250 miles or 402 km from the Earth and at an approximate speed of 17,500 mph or 28,164 km/hour. The American astronaut, after farming a tremendous view of the Northern Light, took to Tweeter for publishing them.

People have asked me what a “burrito of awesomeness smothered in awesome sauce” is… Well folks, it looks like this…awesome sauce is green. pic.twitter.com/rgTgbdb84f

The 37-second video is exhibiting the time-lapse video footage of the dazzling aurora, lighting up the night skies, just like grand fireworks on earth. The occurrence of Aurora is attributable to the transmission magnetised plasma particles made by solar wind from the sun toward Earth; and when those magnetised particles meet up the atmosphere of earth, they become multi-coloured auroras. 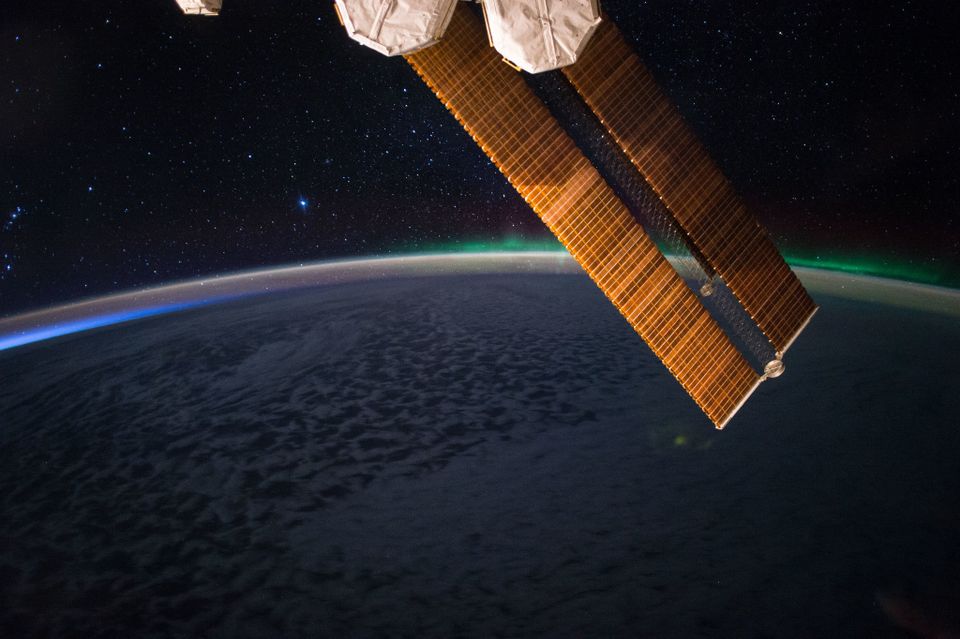 Jack Fischer is the current flight engineer of Expedition 52/53 mission and was set out to the orbiting outpost aboard Soyuz MS-04 back in April 2017. Along with NASA’s veteran astronaut Peggy Whitson, successfully marked the 200th spacewalk outside the International Space Station back in May this year.