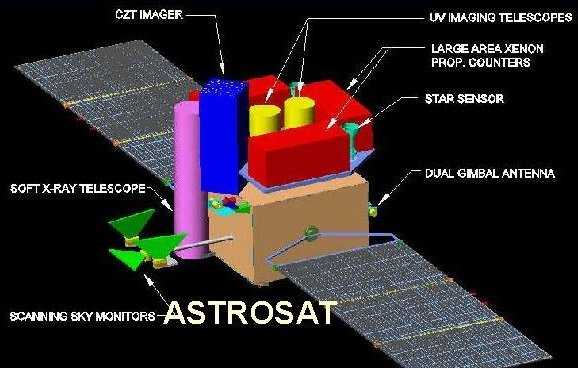 A fully assembled Astrosat, India’s first space observatory, is ready for intensive tests here before its launch around October.

The Indian Space Research Organisation said on Tuesday that the 1,650 kg space

ASTROSAT is a mission dedicated to the study of distant celestial objects and can carry out observations in Ultraviolet (UV), optical, low and high energy X Ray wavebands at the same time, said ISRO.

“The satellite is planned to be launched during the second half of 2015 by PSLV C-34 to a 650 km near equatorial orbit around the earth,” stated ISRO.

The space-based observatory was built at the ISRO Satellite Centre here to operate for five years and will provide useful data for the country’s astronomy community. It will put India in an elite orbit with the U.S., Europe, Russia and Japan.

If successful, the mission will be the first space observatory for the Indian space agency.

The spacecraft was fully assembled after payload and subsystems integration and switched on last week. “Spacecraft parameters are normal, which indicates everything is functioning well,” ISRO said.

Tests like electromagnetic interference, electromagnetic compatibility, thermal vacuum, vibration and acoustic tests will be carried out before the spacecraft is sent to Sriharikota for launch preparations.

ISRO developed the six payloads in partnership with the Tata Institute of Fundamental Research, Mumbai; the Indian Institute of Astrophysics and the Raman Research Institute, Bengaluru; and the Inter-University Centre for Astronomy and Astrophysics, Pune.

Two payloads were developed with the Canadian Space Agency and the University of Leicester, U.K.