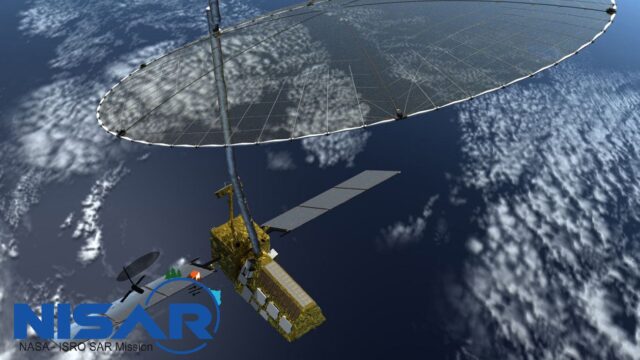 Indian Space and Research Organization (ISRO) and its U.S. equivalent, NASA, have come together to develop a satellite that will be dedicated to the study of climate change with a special focus on earthquakes and their patterns.

The climate change satellite program marks the first time the two space agencies are collaborating on a major project. They have now formed a working group and will continue to work jointly on some future programs, including Mars mission.

The satellite that ISRO and NASA will jointly develop has been christened NISAR or NASA-ISRO Synthetic Aperture Radar in full. According to the two space agencies, NISAR will help with taking measures of what they describe as some of the most complex processes of the Earth. Such include earthquakes and their patterns, volcanoes, landslides, melting ice sheets, tsunami and ecosystem disturbances.

NISAR satellite will be launched from India in either 2020 or 2021 depending on how fast the teams working on the program are able to complete their work.

The ISRO-NASA satellite won’t be the first satellite geared towards observing the Earth’s seismic activities. There are about 130 satellites dedicated to observing Earth’s activities, except that there is no coordination in the various satellite-based Earth studies. As such, NISAR is expected to mark a significant milestone in the better understanding Earth activities such as seal level changes, landslides monitoring and biomass estimate.

The collaboration between ISRO and NASA to boost the study of climate change follows the recent unprecedented rise in global temperatures. Scientists entered 2015 as the hottest year on record going back to 1890s.

It is not clear how long NISAR will remain deployed, but it is expected to stay afloat long enough to allow for taking of measurements that can help with spotting differences in Earth’s seismic activities and other patterns.