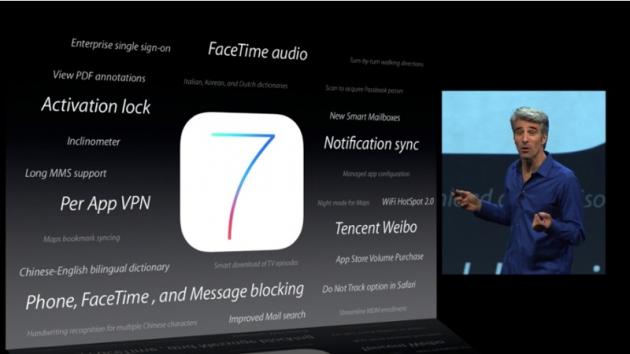 Hardly had the Apple users sighed happily after the global release of iOS 7, it has already been bugged by a security glitch, allowing users to dodge the lock screen on any iOS 7 device in seconds and take control of the Photos App, and eventually gain access to users’ email and social networking accounts as well.

A 36-year old user from Spain, Jose Rodriguez was the first person to discover the security hole, who uploaded a video on You Tube demonstrating how the control centre, the new settings and utility app shortcuts drawer in iOS 7 can be used to hack an iPhone device that’s usually protected by a 4-digit pass-code.

The video shows how anyone can bypass the passcode of an iPhone by swiping up from the bottom of the lock screen and fire up the ‘control center’, followed by opening the Clock app. The intruder can hold the power/screen lock button till the power off button and the cancel button appears on the screen. One can then tap on the cancel button and quickly double-click the home button to take access to the phone’s multitasking screen. This would, in turn, give them access to the Photos app through the Camera app, and would enable the hacker to share the photos from the user’s account. Basically, anyone who hijacks the device can get easy access to the user’s messages, email, Twitter, Facebook and Flickr through the sharing menu.

The security issue was first reported by Forbes, which tested the technique on iPhone 5 and iPad running on iOS 7.

Apple, however, has admitted the security vulnerability and has promised to find a fix in the future update. An Apple spokesperson told Forbes: “Apple takes security very seriously and we’re aware of this issue. We’ll deliver a fix in a future software update.”