Intex yesterday launched a new budget smartphone, the Cloud m5 II, in India for a price of Rs 4,799.

The smartphone will be sold exclusively on e-commerce giant, Flipkart.

One of the cheapest phone in its segment, the phone offers a 5-inch display on a budget for entertainment buffs.

The Intex Cloud M5 II is the second addition to the Cloud series this month, with the 4-inch Cloud N handset going on sale just last week for Rs 4199. 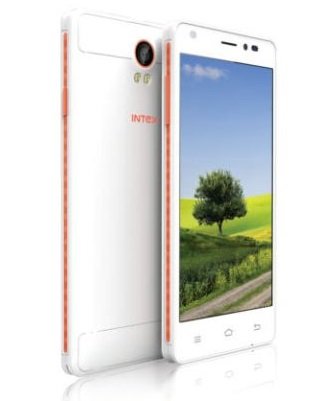 The new device is designed with basic Android features in mind and it comes with hardware capable of delivering a fluid experience.

Speaking of which, the phone has version 4.4 KitKat running out of the box and we highly doubt that an update to Lollipop will be arriving anytime soon.

The front camera is rated at 1.3MP, while the rear snapper is a 5MP sensor accompanied by dual LED flash. This shooter is also capable of capturing videos at 1920 x 1080 resolution. The device is powered by a 1.2GHz quad core Spreadtrum SC7731 processor which is accompanied by 1GB of RAM.

The Intex Cloud M5 II is currently listed as out of stock on Flipkart, but should be made available for purchase soon.