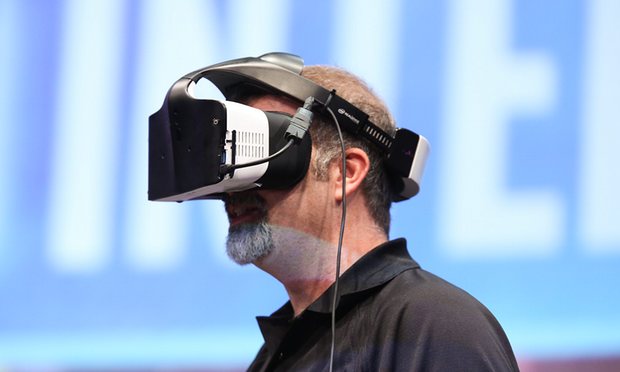 The world’s largest chipset manufacturer Intel, at its Intel Developer Forum, showcased a new virtual reality headset dubbed as Project Alloy. It’s a standalone virtual reality headset that allows users to interact and explore with simulated reality. According to Intel CEO Brian Krzanich, the device is capable of “merged reality”,  implying it blends images from the real world into virtual environments. The headset was unveiled by Krzanich himself, who further added that Project Alloy redefines the possibilities of what can be achieved with a VR device.

The headset employs Intel’s Real Sense technology to monitor and locate other objects in the real world, and integrate them with the virtual environment. Put simply, Project Alloy is aimed at amalgamating the world of virtual and augmented reality. It simulates a virtual reality environment around the user, at the same time embodies aspects of augmented reality as well.

What is Intel’s Project Alloy?

Project Alloy is a completely standalone device; it’s wireless, so there’s no need to connect it to a computer or any external sensors. This allows users to move around and explore virtual environments with more freedom. The headset is equipped with a bunch of cameras that scan the real-world environment so that users can also interact with real-world objects when they feel like.

“We believe the capability of Alloy and what it introduces is significant. It gives the opportunity to merge the physical and virtual world together,” said Krzanich at Intel Developer Forum in San Francisco.

“Anybody can take the Alloy hardware, combine it with Windows Holographic, and build a world-class virtual reality system with any manufacturer they choose,” Krzanich added.

Windows Chief Terry Myerson also came on stage to further express Microsoft’s support for Project Alloy. He announced that the Windows Holographic OS would arrive on all PCs running Windows 10 next year. This implies means that not just the HoloLens, but any VR or AR headset would be able to run 3D along with standard 2D apps, designed for the Windows 10 operating system. Intel and Microsoft are also working together to launch PCs that support this technology and head-mounted displays.

Basically, what we could be looking at is a future where Project Alloy and third party headsets that employ this technology will become PCs that you can strap around your head.

Check out Intel’s vision of Project Alloy in the video below: