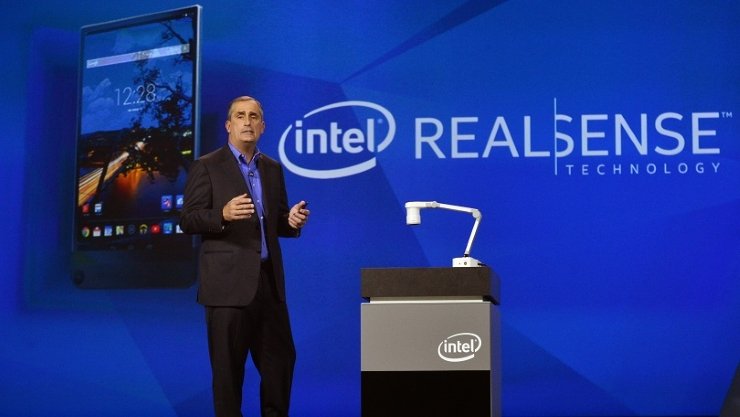 Intel (NASDAQ: INTC) is reportedly working on augmented reality wearable headset based on RealSense technology, reports WSJ. To be equipped with a 3D camera, the headset is expected to superimpose information or images either through glass or on the display of a device like a smartphone.

Incidentally, in Virtual Reality (VR), users will be able to view computer generated scenes on the headset.

Even though Intel hasn’t revealed the names of manufacturing partners, the company is expected to share the headset design with other device manufacturers to enable them to bundle the headset with their products.

Achin Bhowmik, who is the vice president of the RealSense group at Intel, declined to comment on the unannounced development. However, he revealed that Intel used to create prototypes for upcoming products and hand over to other partners.

Commenting on the development of the upcoming headset, Brian Krzanich, Under Chief Executive said that Intel has developed components for emerging products such as wearable fitness trackers, smart jewelry and drones.

A source close to Intel disclosed that the integration of augmented reality technology requires the creation of special-purpose image-processing chips and 3-D camera components.

Intel has so far acquired five companies who directly make use of augmented-reality technology, which includes Recon Instruments in June 2015, who build glasses for sports enthusiasts to view maps and distances.

With Intel investing heavily in acquiring companies and the overall investment exceeding $300 Million, Intel is all set to tap RealSense to change the way in which a user interacts with computers with the help of hand and face gestures.

At the recently concluded CES, Intel showcased a smartphone-based headset developed by IonVR, which makes use of RealSense. Intel also revealed at the show that they have already started to integrate RealSense with products designed exclusively for drones and robots.

Intel is not alone in the wearable arena particularly headsets. While Microsoft has already announced the development of HoloLens headset, Lenovo has already manufactured a VR headset which comes bundled with the newly released K4 Note smartphone. Intel declined to comment when we asked about a possible tie-up with Microsoft.