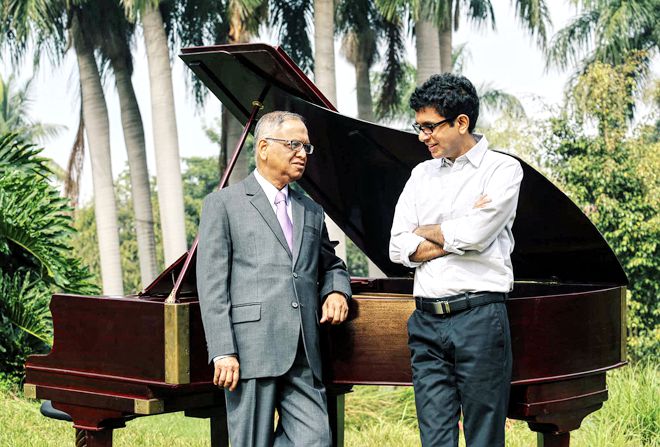 A type of robotic astronomy project that was earlier housed at the California Institute of Technology (also known as Caltech) has a new mentor in the form of Infosys Founder – NR Narayana Murthy’s son Rohan Murthy. Murty and his family have offered $1 million for the running and functioning of the autonomous robotic system that has since been moved to the Kitt Peak National Observatory in Arizona where it will be used to run the 2.1-meter telescope make new discoveries.

It has been dubbed as the only robotic laser adaptive optics system. In a sense, the optics system cancels out the blurring effect caused by the atmosphere and allows a much clearer view of the universe.

Christened as the Robo-AO project and was developed jointly by Caltech Optical Observatories and the Inter-University Center for Astronomy and Astrophysics (IUCAA) in Pune.

Murty was philosophical when he said that automating the discovery of the cosmos will positively impact one of the oldest activities of humanity, which is to look at the cosmos and wonder about his place in the universe.

Murty added that it was also a source of inspiration for poets, religion, literature, culture and of course science.

Caltech said that National Optical Astronomy Observatory, which operates the Kitt Peak Observatory was having difficulty in maintaining the observatory because of budget cuts. Caltech was forced it to look for funding elsewhere. It was when Murty chipped in with his contributions.

Robo-AO Project helps in conducting large-scale surveys and completes these complex astronomical tasks for more than 130 nights with the help of Palomar Observatory’s 60-inch telescope in Caltech.