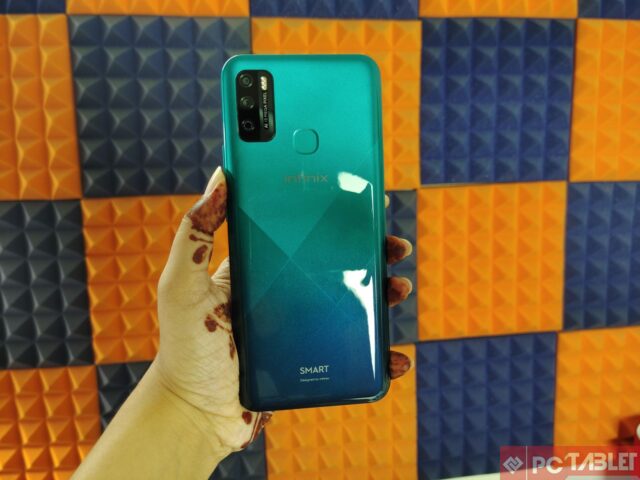 Infinix is one of those brands that has strived in the budget segment. They have seen steady growth in the fast few quarters ana made a name for themselves in the industry. The new Smart 4 Plus from the brand builds upon the previous generation products in this lineup while keeping the basics in check.

The phone has a massive battery, a giant 6.8-inch display, and an affordable price tag for the masses. So we have been using the Smart 4 Plus for a week now and here is what we think about the smartphone.

Before starting with the Infinix Smart 4 Plus review, let’s have a look at the phone’s specifications. 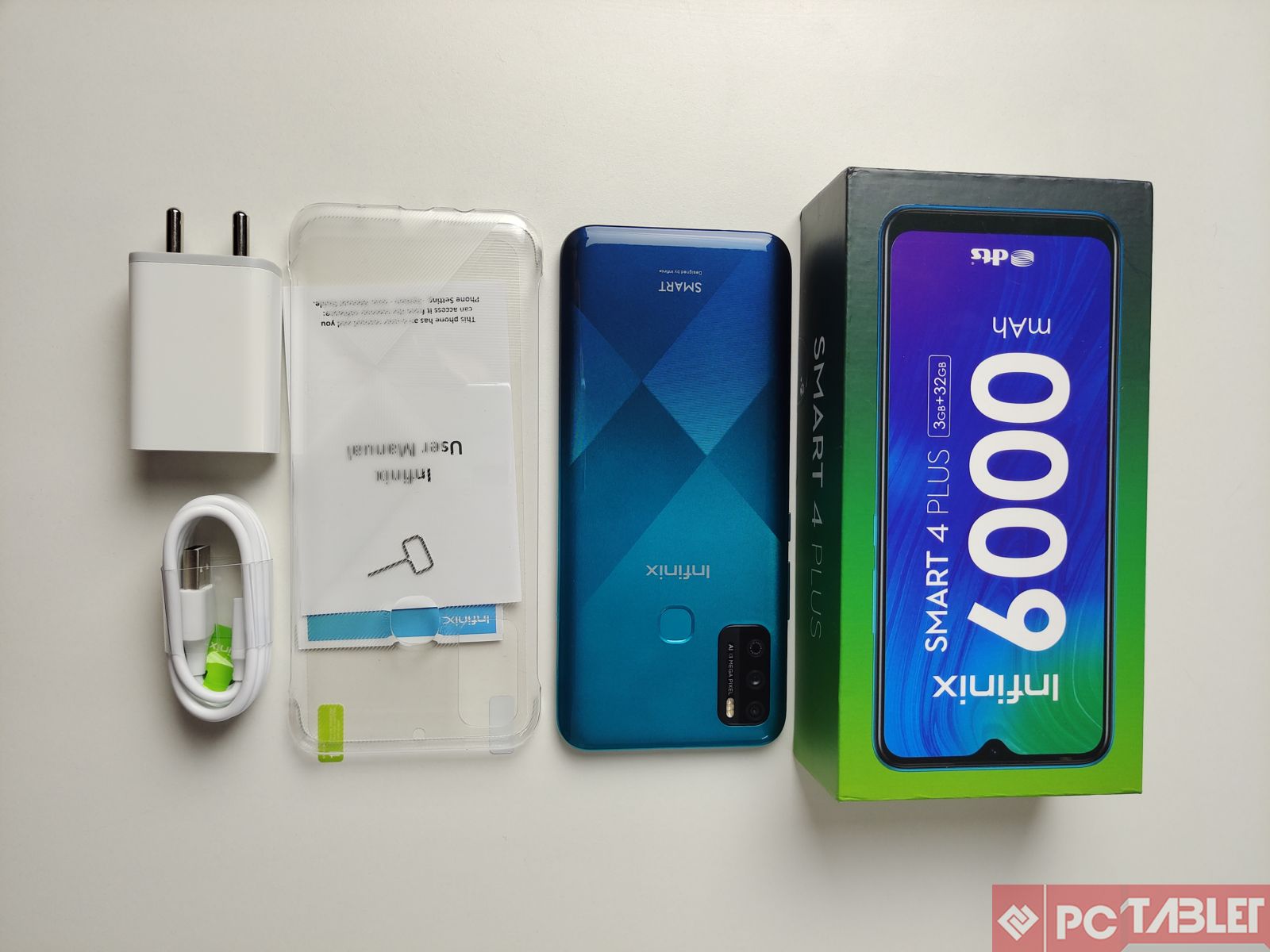 Like with other Infinix budget products, the Smart 4 Plus is also made out of high-quality polycarbonate. The phone comes with a pattern on the back that takes away the boring look the would have got otherwise. The phone comes in three color options and all of them are quite flashy. 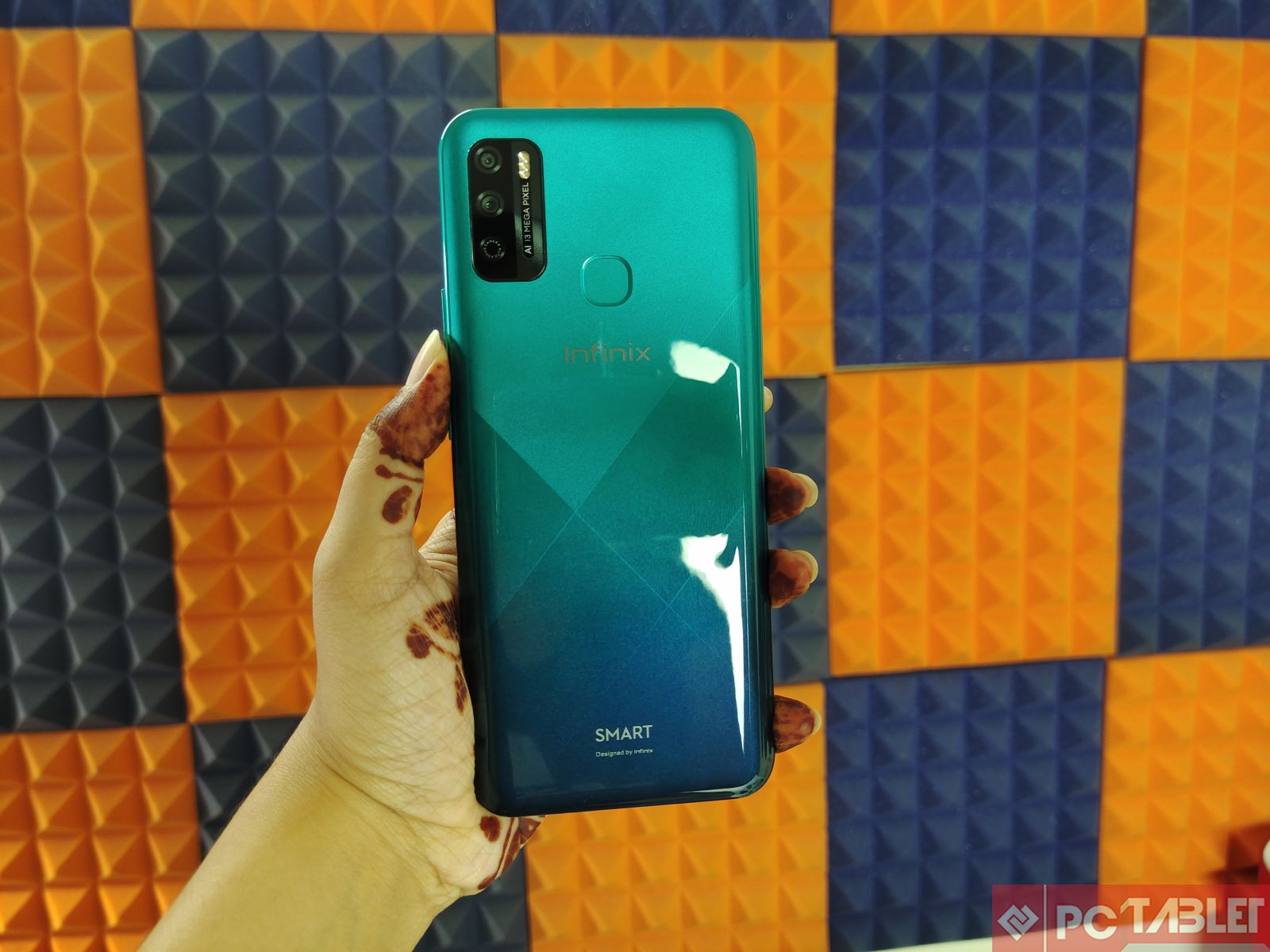 You get a very sizeable 6.82-inch LCD display on the front with an HD+ resolution. There is also dual LED flash modules hidden within the display bezels for better selfies. The display has a dew-drop notch setup with rounded corners and smaller bezels all around except for a massive chin. There is a vertically arranged dual-camera setup on the back with a circular accent that could be mistaken for a third camera sensor but it is not.

This is followed by a squircle shaped fingerprint scanner and Infinix branding. Coming to the button placement, the power button and the volume rockers are located on the right side of the device. A SIM tray on the left-hand side, followed by the speaker grill, micro-USB port, microphone, and a 3.5mm headphone jack at the bottom. 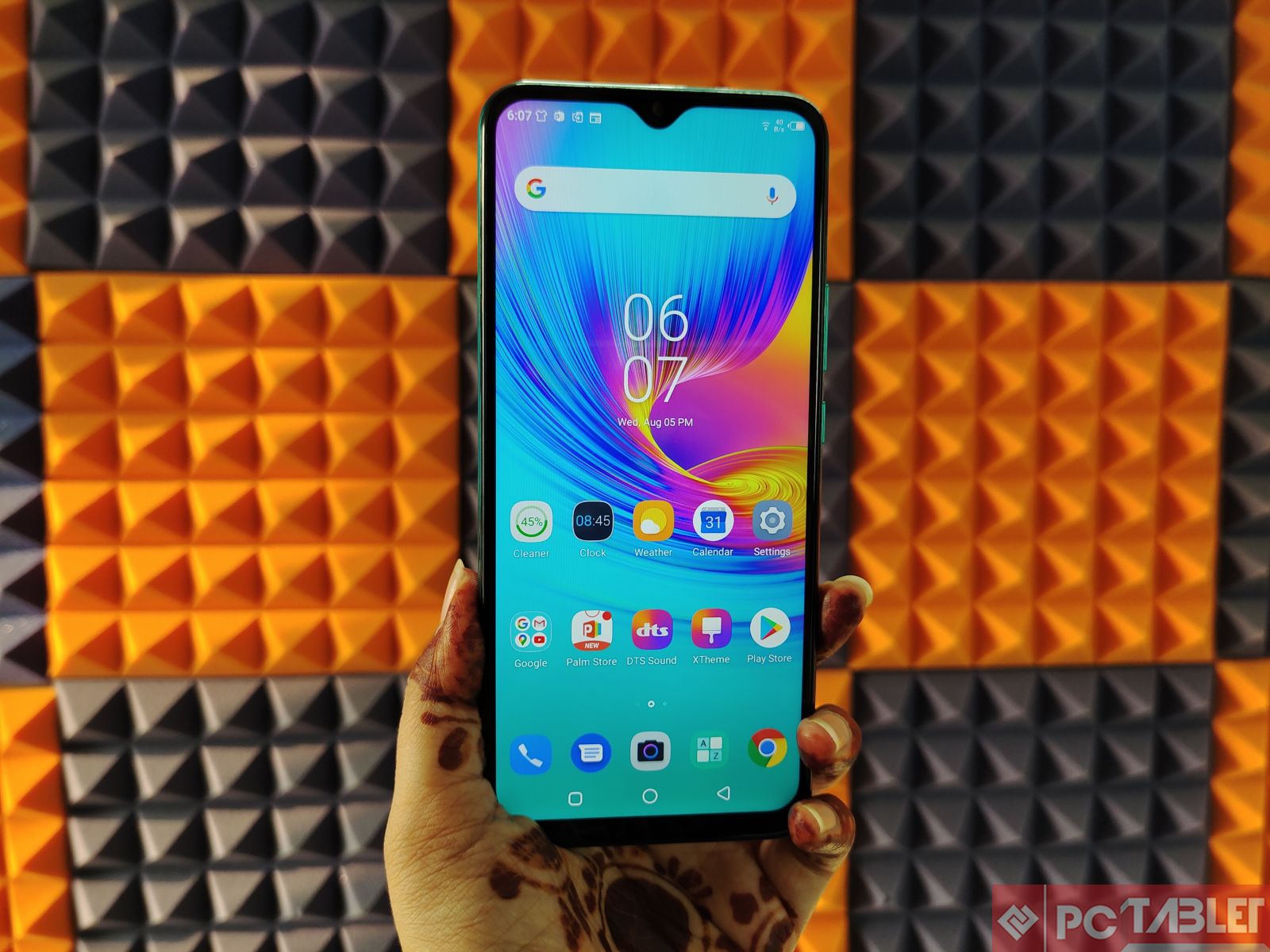 Moving back to the display, we have a dew-drop style notch here instead of a punch-hole that we recently saw on the Ininix Hot 9 smartphone. The quality of the display is decent but the sheer size of it coupled with just an HD+ resolution is a led-down. When factoring in the massive battery, this phone is purely made for content consumption and a Full HD resolution display would’ve been great.

The display gets bright enough at 450nits, so outdoor visibility won’t be that much of an issue. Overall, the display is above average at best considering the INR 7,999 sticker price for this phone.

Moving to the software, the Infinix Smart 4 Plus runs Android 10 with the company’s custom XOS 6.2 on top. Just like we said in the Hot 9 Review, the XOS is a highly customizable skin on top of Android. There’s a Game Boost mode, Bike-mode that features auto-call rejection and auto-replies.

Like in the case of other custom skins, you get to see quite a lot of bloatware here as well. Apps like Opera, PHX News, Flipkart, and games like Danger Dash and Mayan Jump, make a cut again. Thankfully the apps that have been recently banned by the government didn’t make the cut here. Most of the pre-installed apps can be removed, which is a plus. 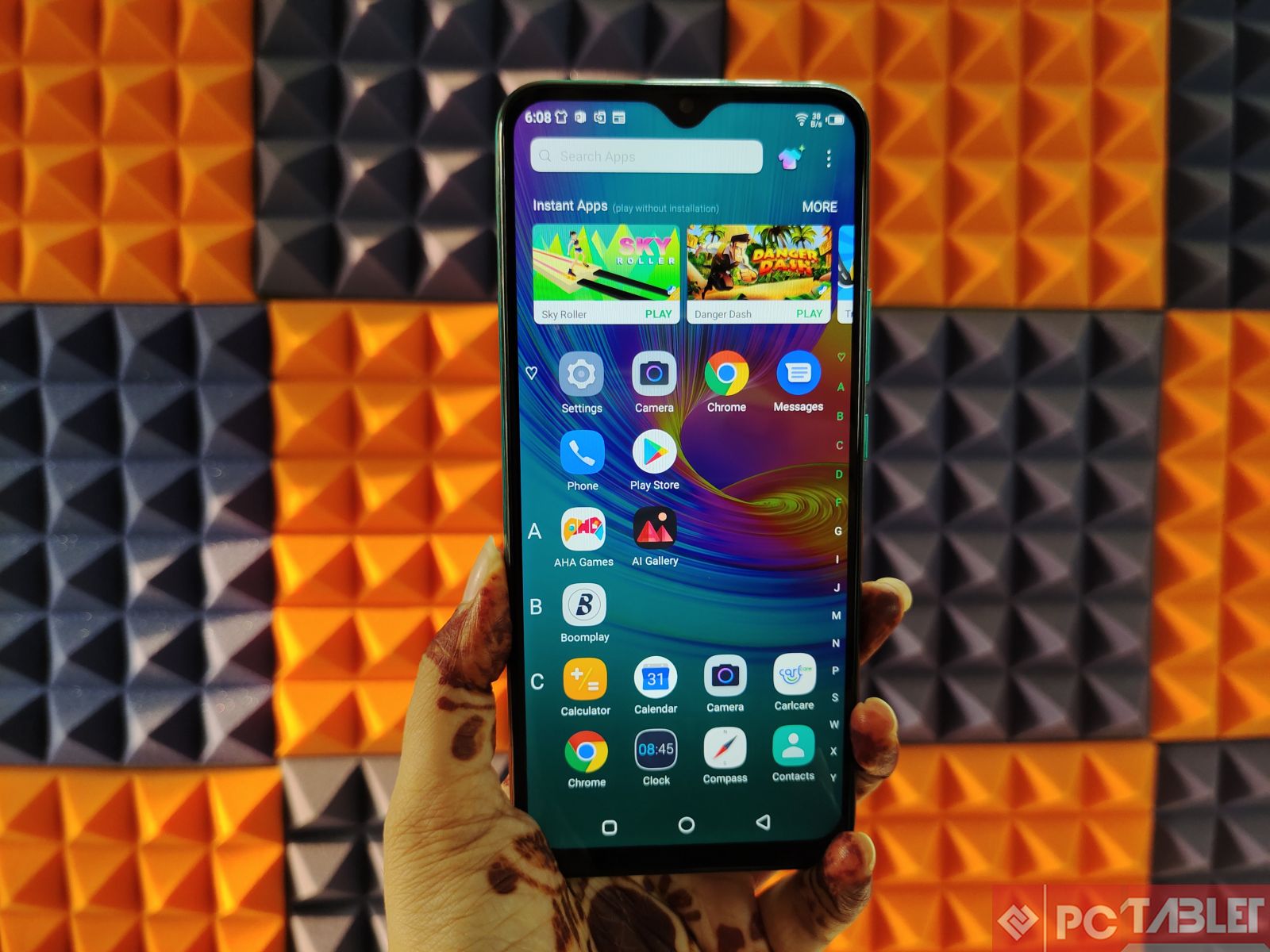 Coming to the performance, the Infinix Smart 4 Plus gets powered by the 12nm-based octa-core Mediatek Helio A25 SoC, an entry-level processor from MediaTek. It is no heavy hitter and can barely push the phone without getting into issues.

We could do light browsing, social media, and casual gameplays without any issues. The 3GB RAM is barely enough for smooth operation and Infinix’s memory management here keeps the phone running. Perhaps if the brand could have gone with a smaller battery and bumped up the RAM and storage, that would have been better. 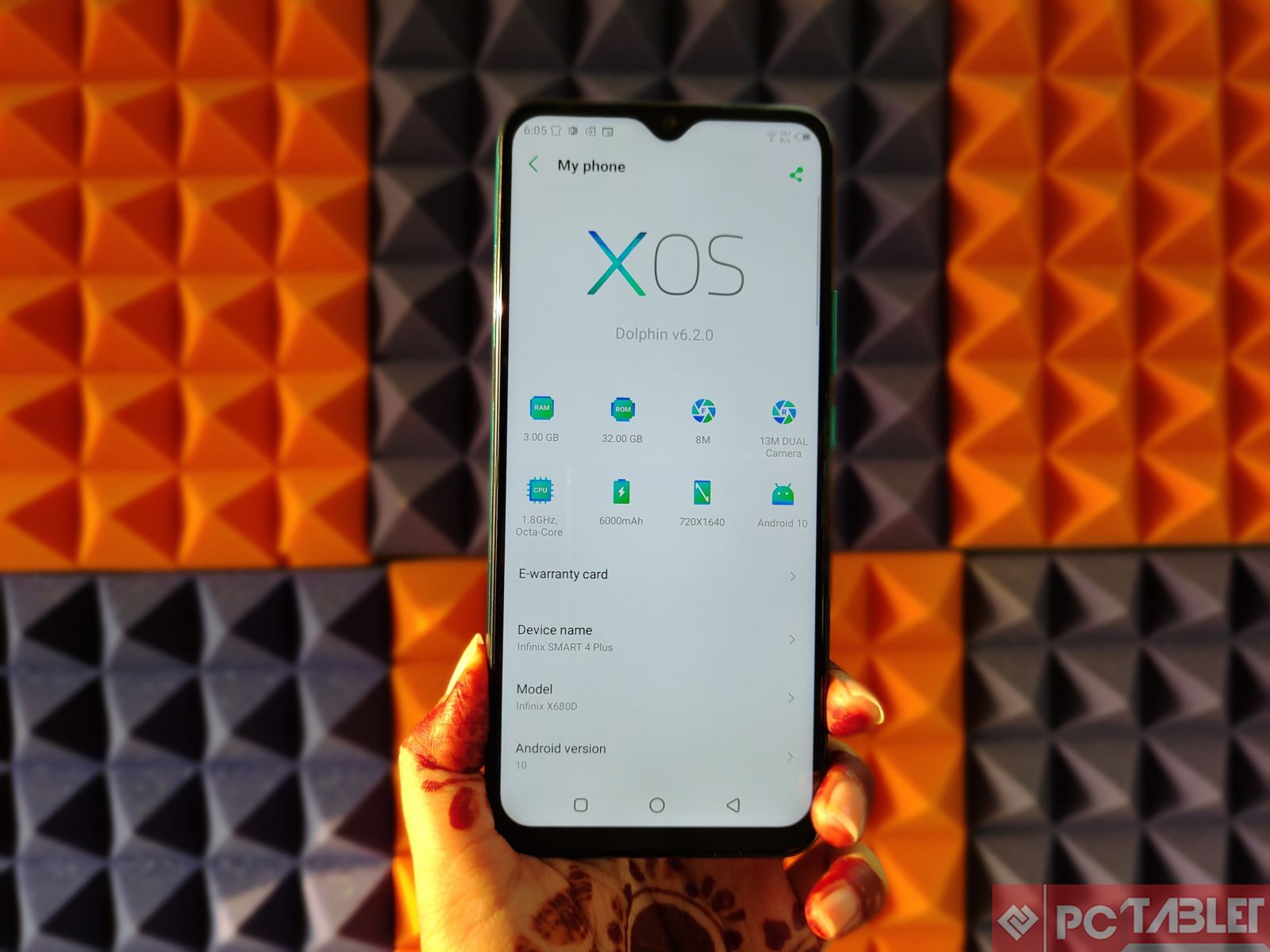 Since it is powered by an entry-level chipset, the phone isn’t meant for gaming, and gaming, in general, should be kept out of the equation. However, we did try some non-graphic-intensive games like Tetris, Subway Surfer, etc and they ran without hiccups.

In terms of optics, the Infinix Smart 4 Plus offers a dual-camera setup on the back. This includes a 13-megapixel primary camera with f/1.8 aperture and phase detection autofocus (PDAF) which is coupled with a depth sensor and a triple LED flash. This is the same camera sensor that we have seen on a number of other Infinix smartphones. 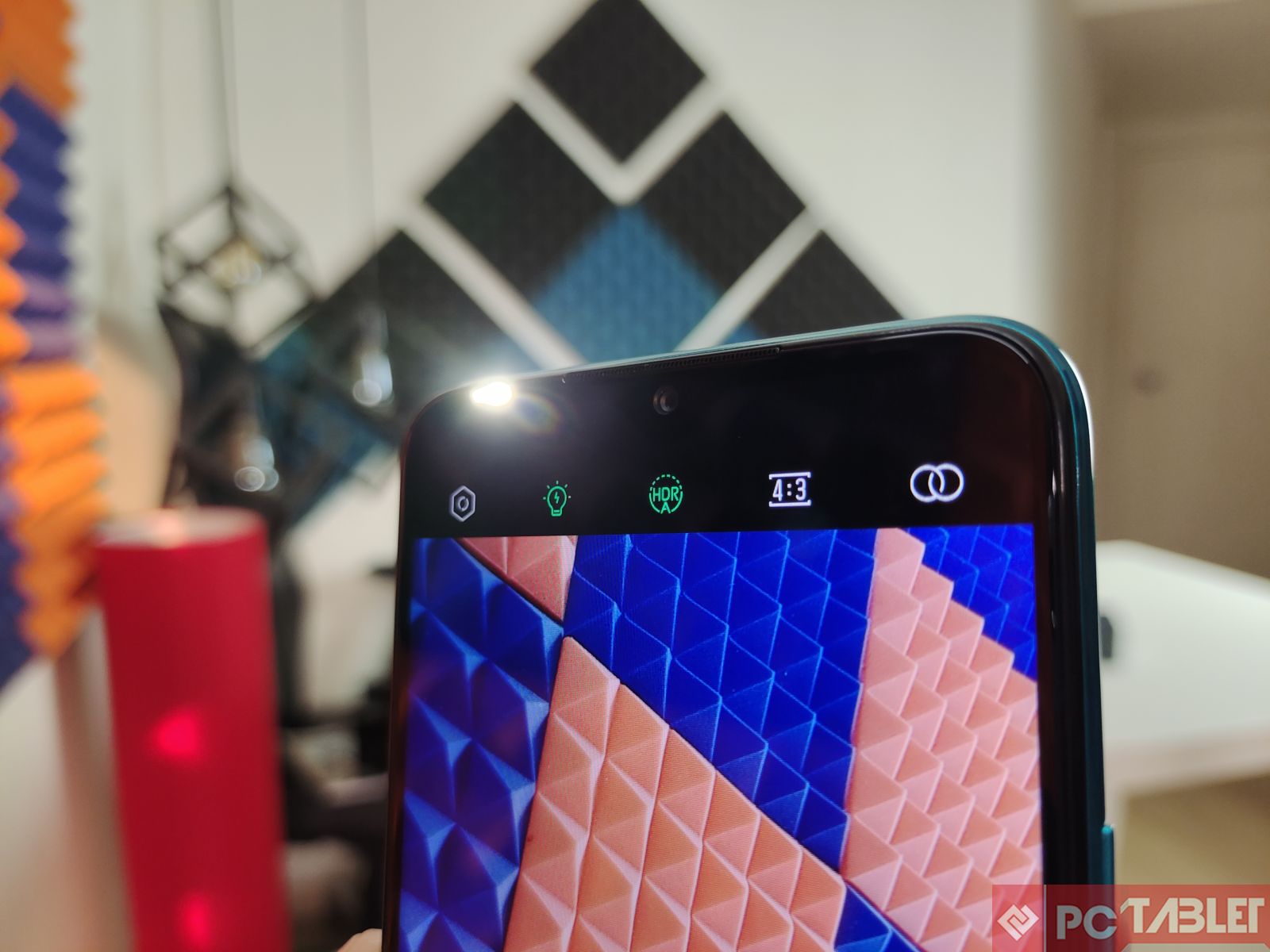 The images shot in daylight conditions are quite decent with a good amount of detail and sharpens in them. Dynamic range with the HDR mode is on point, thanks to the PDAF, the focus is fast and accurate for the most part.

In low-light, the camera doesn’t perform as good as expected- it exhibits a lack of detail and shows inaccurate colors. Nevertheless, the triple-LED flash gets very bright and gets the job done in dim-lit conditions. 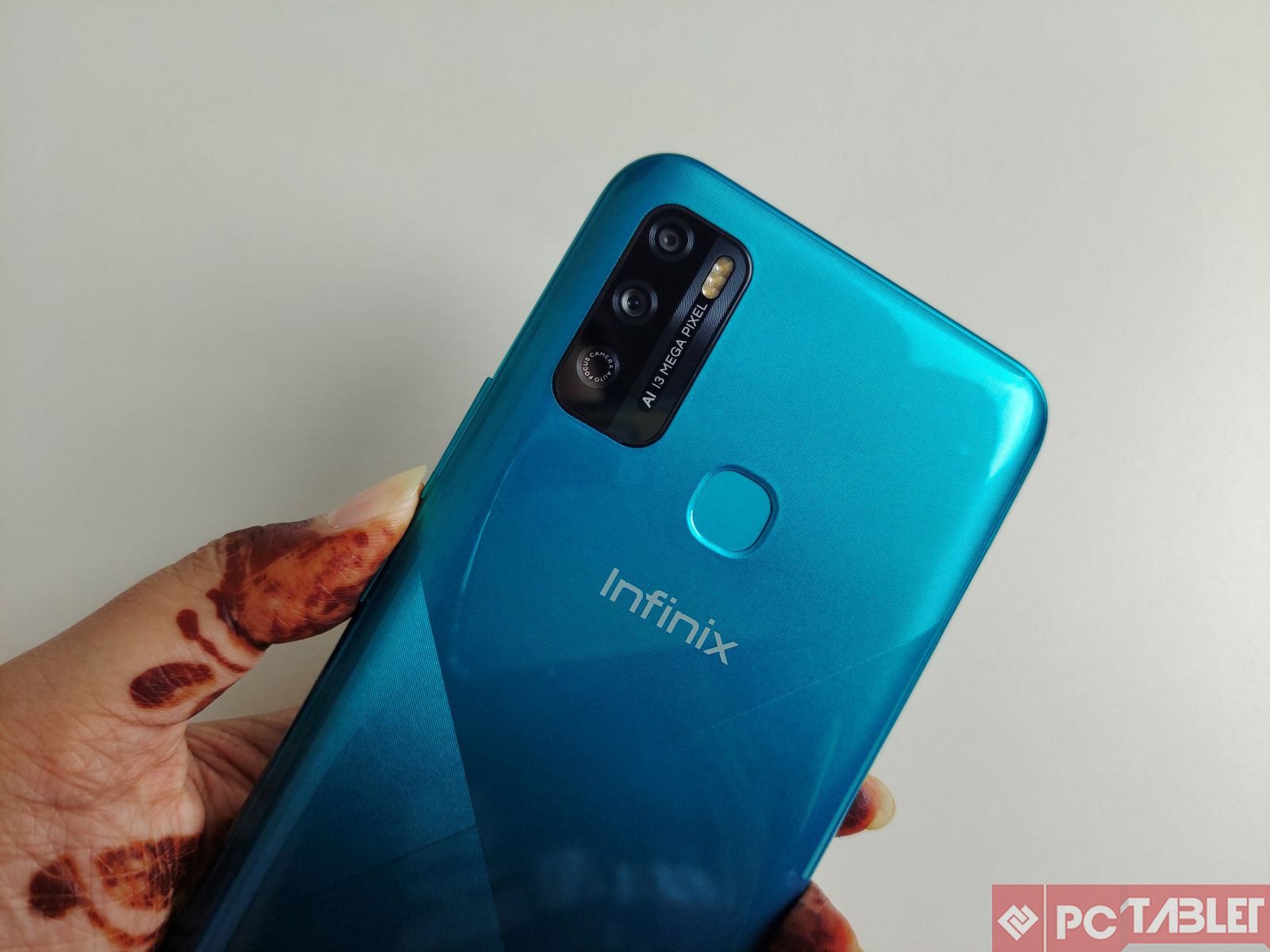 Moving to the front camera, the 8-megapixel selfie shooter produces above-average shots in-line with the price of the smartphone. You get the standard AI-assisted modes here as well for tuned selfies. There are also two LED flash modules placed on the top bezel of the display for that further helps in upping your selfie game.

The phone comes packed with a massive 6,000mAh battery which is one of the highlighting features of the phone.  In our tests, the phone lasted two days with moderate usage which comprised web-surfing, social media, texting, and occasional gaming. Since there is no fast charging support, the battery takes over 2.5 hours to charge with the supplied charger.

For a sticker price of INR 7,999, the Infinix Smart 4 Plus is a product aimed at people who want to experience a smartphone at a very tight budget. The phone packs a massive 6.8-inch display which is juiced by a 6,000mAh battery.

Looking at the display size, the phone’s primary use if for content consumption but the HD+ resolution is sort of a let-down. The phone has its perks and a fair share of negatives but gets the job done at the end of the day.

Honestly, by spending 500 bucks more, you could look at the Infinix Hot 9, which packs a slightly smaller battery and display while giving you a quad-camera setup on the back and a modern hole-punch display.