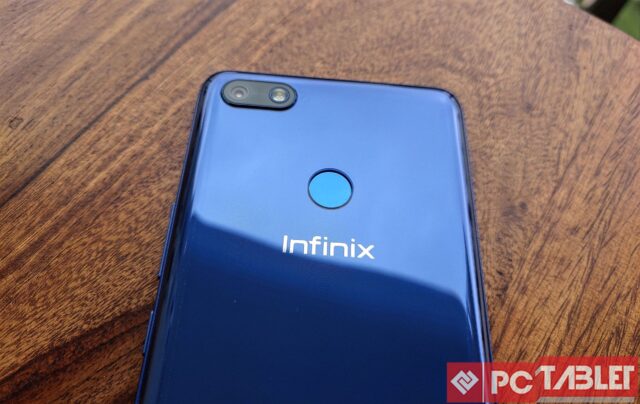 Infinix, a part of Transsion Holdings is back with a new offering. The Infinix Note 5 which is company’s first Android One powered smartphone in India. The smartphone comes in two memory and RAM configurations, massive battery and a good looking design.

We have been using the 3GB RAM and 32GB memory variant for close to a week now and here’s our full review.

The box has a fairly simple design with the phone being visible as soon as you lift the top part off, underneath lies the documentation and the supplied accessories.

We have been lately seeing smartphone in the under 15k category sporting a premium looking design and Infinix Note 5 lies in that same bunch of smartphones. We were quite impressed by Note 5’s build and that glass like finish on the back. The smartphone comes in three colors – Ice Blue, Milan Black and Berlin Grey. We have the Ice Blue color with us and it’s quite stylish. Infinix has used a reflective film under the clear polycarbonate giving that mirror like finish. 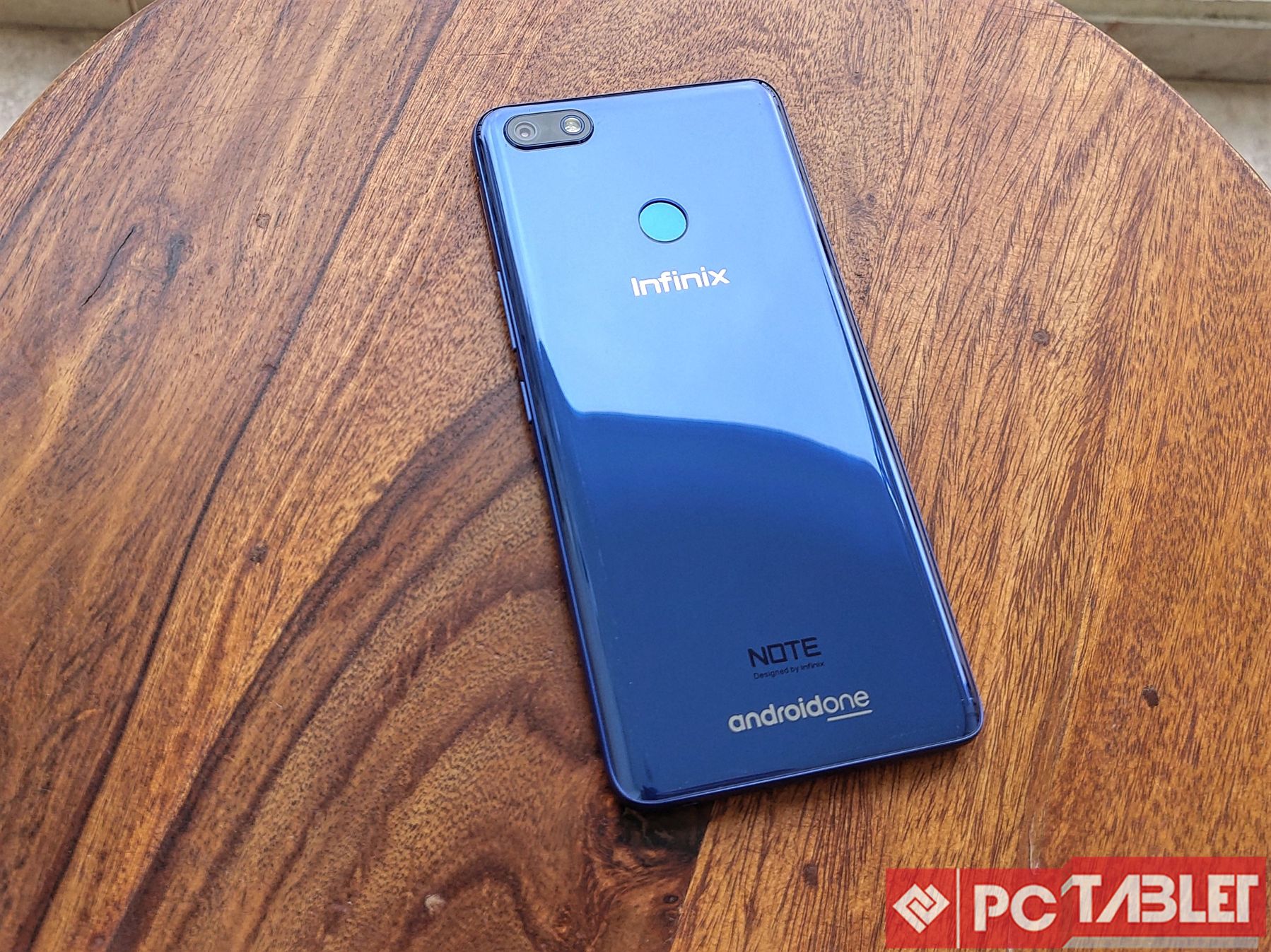 The front of the smartphone houses the 5.99-inch FHD+ 18:9 aspect ratio LCD display with a resolution of 1080×2160 pixels. Infinix has gone ahead and added 2.5D Corning Gorilla Glass on top which is rarely seen in smartphones at this price point. 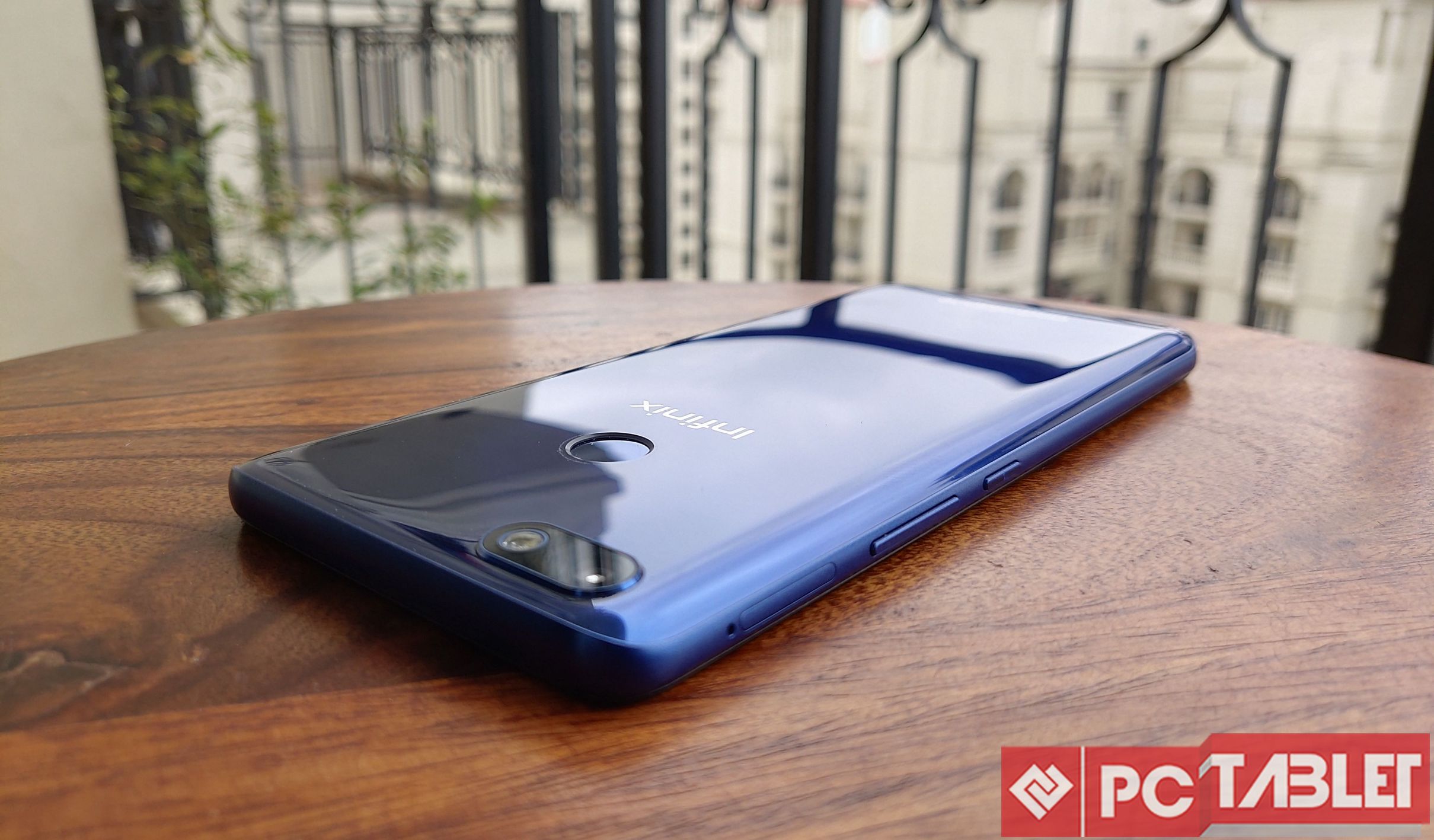 The volume buttons and the power key are located on the right of the phone along with the triple-slot SIM tray. The main speaker, 3.5mm audio jack and the microUSB port are placed on the bottom.  The back of the phone houses the rear camera along with the LED flash and underneath lies the fingerprint sensor.

Infinix has gone with a trendy 5.99-inch 18:9 aspect ratio display here with a resolution of 1080×2160 pixels. The bezels on the sides of the phone are thin and same is the case with the top and bottom chin which has been cut short as well. 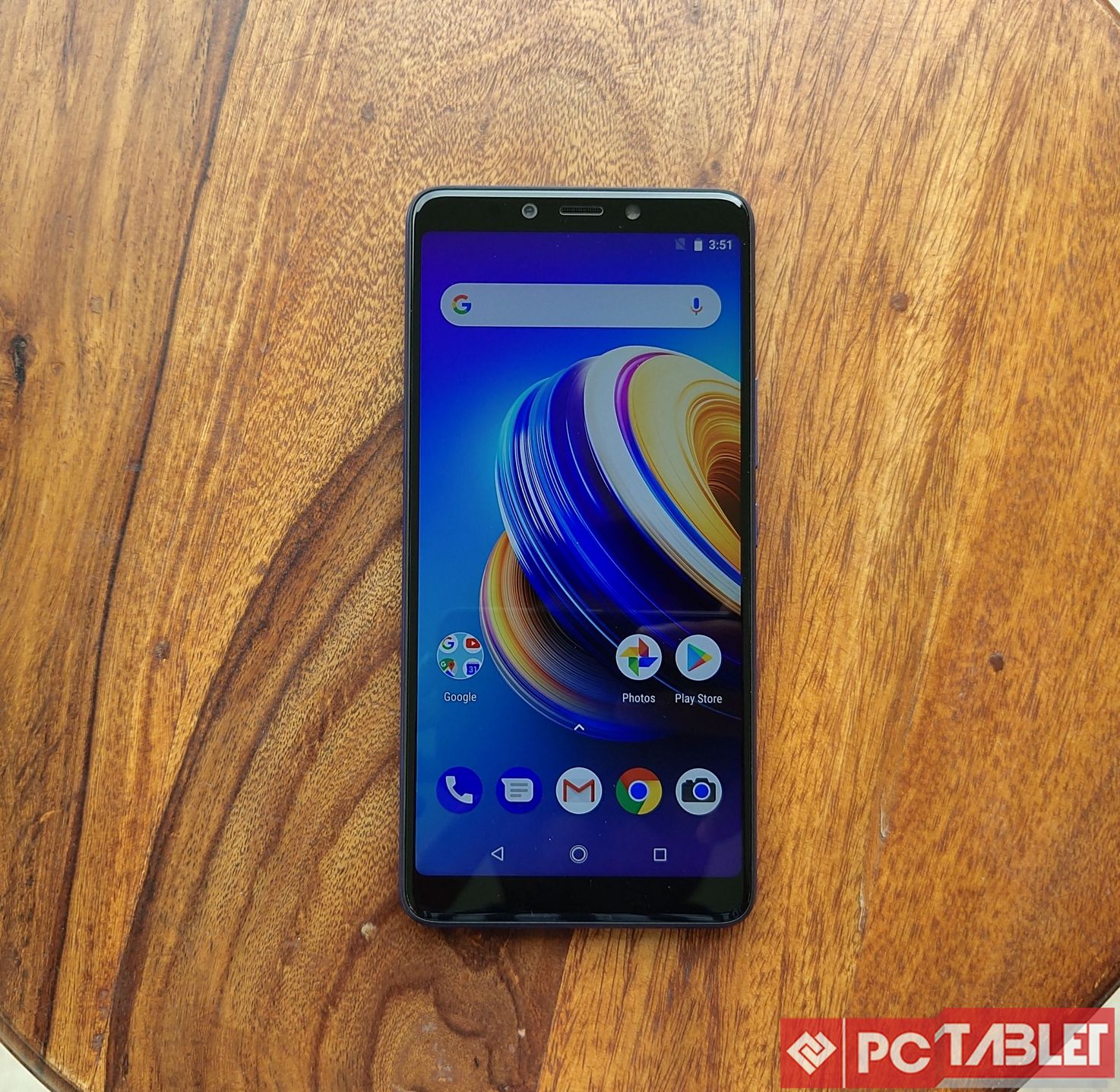 The display LCD panel boasts of 500 nits of brightness and is fairly bright outdoors. The display on the Infinix Note 5 is quite bright and sharp with accurate color reproduction. The support for a bigger display and battery makes this smartphone ideal for content consumption. So if you lie in that category of user, the Note 5 won’t disappoint you.

The Infinix Note 5 comes with stock Android 8.1 Oreo out of the box. This is the first Infinix smartphone to get the Android One badge which means faster updates, since the process is essentially controlled by Google. Our unit even got two OTA’s, so expect the same for the retail unit.

Since it’s an Android One device, you get the best possible software experience with close to none hiccups or issues. There aren’t a lot of pre-installed apps here except for the camera app that has been designed by Infinix themselves, carlcare and Xclub, apart from these all essential Google apps are present on the smartphone. 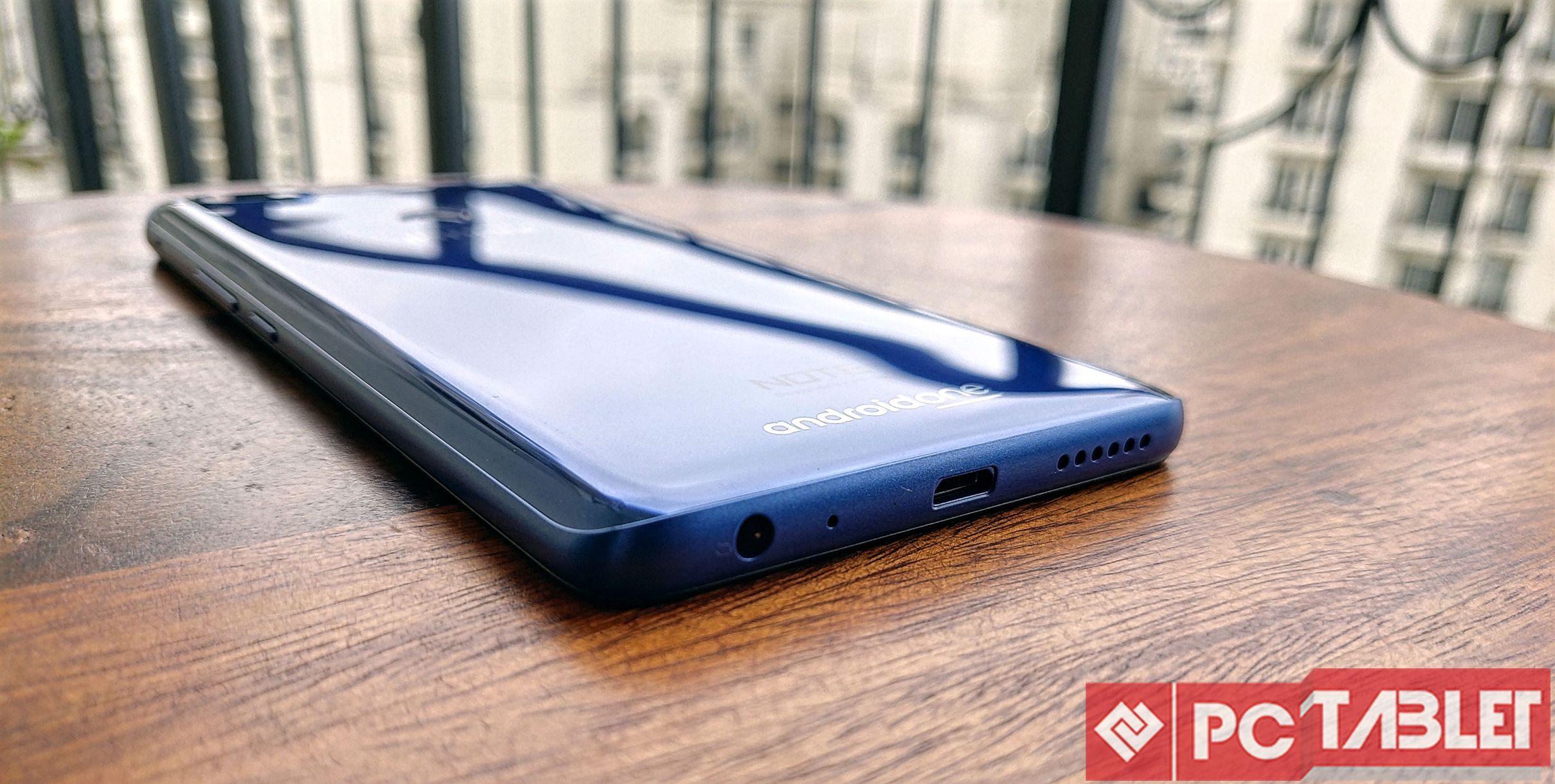 The Note 5 is powered by a octa-core MediaTek Helio P23 chipset and is paired with a Mali G71 graphics processor. Now the Helio P23 performs a little over the Snapdragon 625 processor. We found the chipset capable of performing daily tasks very efficiently. We didn’t encounter any lag while opening apps or switching between them.

We did notice some issues with the fingerprint sensor with the recognition part and hope this gets fixed in the upcoming updates.

The Note 5 packs a single 12-megapixel rear camera with a large 1.25-micron pixel, f/2.0 aperture and dual LED flash. In a time when even budget smartphones are coming with dual rear cameras, a single sensor on the Note 5 seems a bit off. The camera app here is designed and optimised entirely by Infinix and they have implemented some AI features as well.

The camera app comes loaded with seven shooting modes namely Normal, Beauty, Portrait, Professional, Panorama, Night and Time Lapse. In addition to it AI auto scene detection is also present to enhance the overall picture quality and seems to work most of the time.

Just like other budget smartphones, the rear camera performance is just average. Daylight shots are good but things take a dive in low light conditions. There is a 16MP shooter with a f/2.0 aperture assisted by a dual LED on the front which performs way better than the rear camera. The portrait shots are on point with good amount of detail.

Arguably the most talked about feature of the Infinix Note 5 is the massive 4,500 mAh battery. Now with moderate usage you can easily use the smartphone close to two working days. Further the AI power management optimises the power consumption. Infinix has supplied the Note 5 with a 18W fast charger which takes close to 2 ½ hours to top up the battery completely. 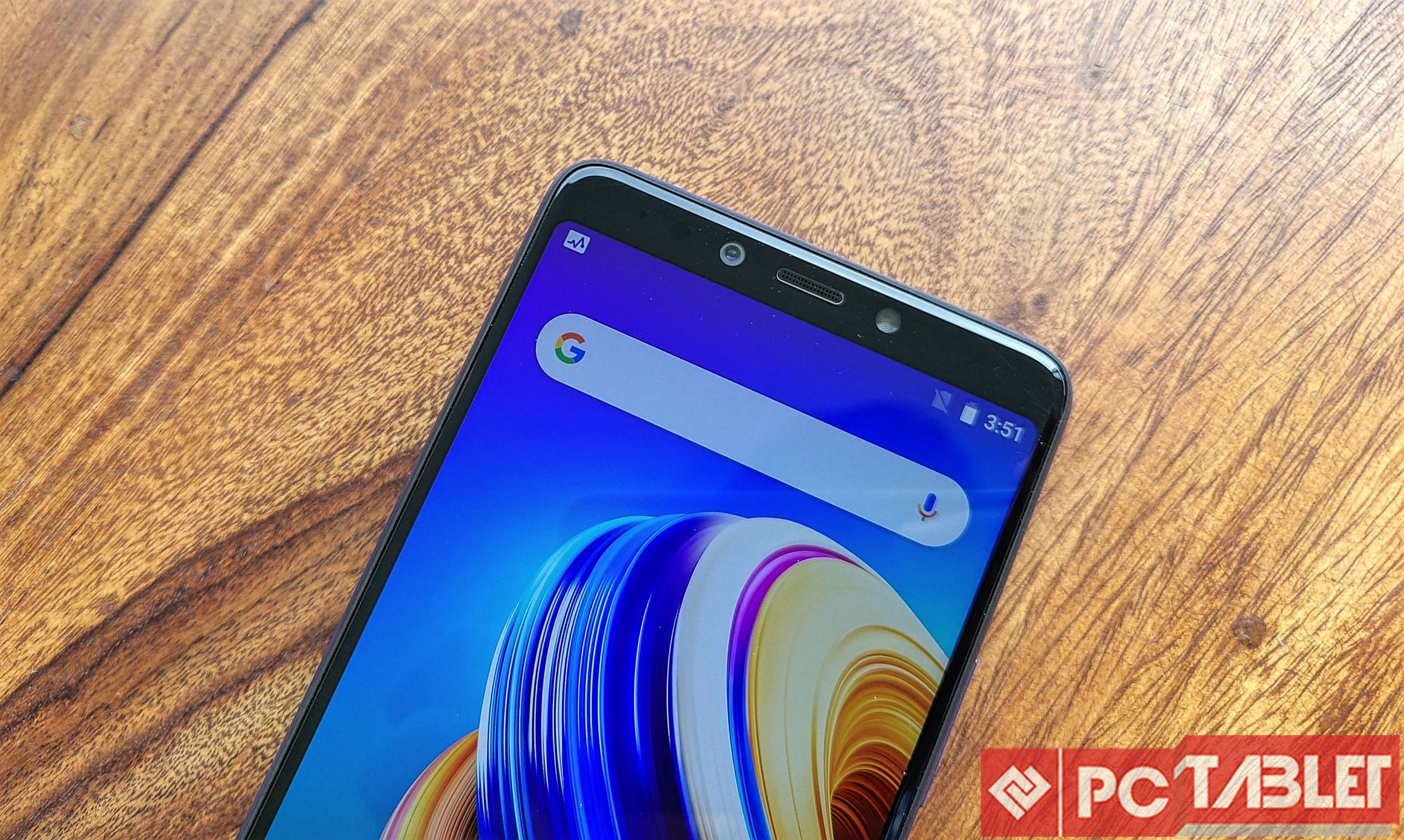 The Note 5 is a great offering and Infinix has done a good job in bringing the product to India. There aren’t any major flaws with the smartphone but for the spec hungry people there isn’t much to appreciate here. In our opinion, Infinix should start selling offline as well in order to maximise their sales.

The Note 5 would have been a hot selling product if the pricing could be somewhere in the INR 8k bracket. We would recommend this product to people looking to get stock Android with more focus towards content consumption.

Top 5 Tablet options for your kids; grab them soon

Nokia G21 Android Smartphone Review – Nokia finally getting the basics right with this one!