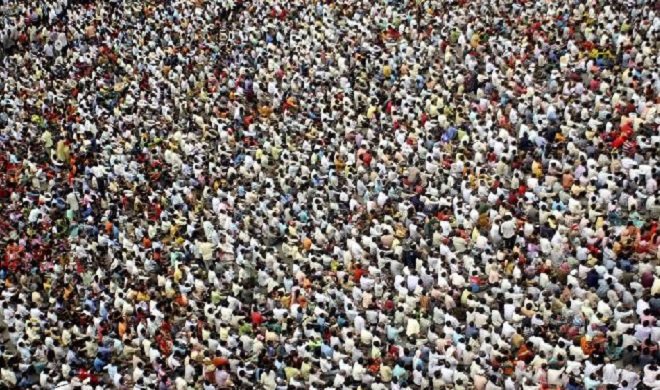 Today is World Population Day and the Indian population is all set to become the highest in the world by 2050, according to a report in The Economic Times dated July 11, 2015.

The Indian population is growing at a pace of 1.6 percent a year. In 2015, the World Population Day theme is ‘Vulnerable Population in Emergencies.’

India has 17.25 percent of the world’s population after the number of people in India hit 127,42,39,769 at 5:00 p.m. according to the Jansankhya Sthirata Kosh, an autonomous body that works under the Indian Health Ministry.

The study reveals that India’s population is growing at a faster pace than China, the world’s most populous country which has a population of 1.39 billion.

The study also suggests that if the current growth continues, the Indian population will have 1.63 billion people by the year 2050 and will surpass China.

In some encouraging news, according to data, the total fertility rate in India has declined and stood at 2.3 in 2013.