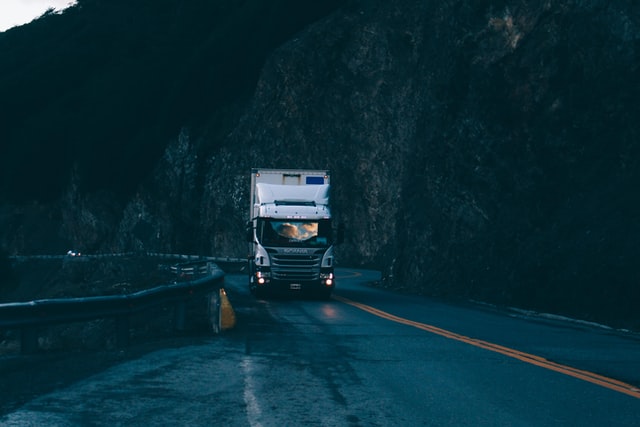 Trucking is an essential industry in the U.S. since it’s responsible for transporting most of the goods we need. But trucks and trucking can also be very dangerous.

Fatigue, distraction, speed, and driver impairment – any one of these factors could lead to an accident. Imagine that you’re a commercial truck driver. You’re tired, and you haven’t been home in weeks. Now you’re traveling through torrential rain. You can barely see anything, and you have to make a left turn.

As far as you can tell, the road is clear. Just as you’re about to turn, a warning light flashes, and your emergency braking system keeps you from hitting the pedestrian that just crossed in front of your truck. A tragic accident was avoided because the sensor technology your truck is equipped with can detect people and object surrounding your truck better than your eyes can in these conditions.

Because of their weight and size, trucks are dangerous vehicles to share the road with. As the driver of a passenger car, if you’re injured by a big rig, your injuries are significantly more likely to result in permanent impairment or death.

Yet, the number of accidents involving commercial trucks continues to be a source of concern. Investments in the wide implementation of this safety technology could go a long way in making roads safer for everyone.

Each year, more commercial and passenger vehicles are equipped with driver assistance technologies, which has the potential to reduce road accidents caused by human error. It’s possible that by the end of this decade, we’ll be driving on the safest roads of the century.

People may not be aware that their latest iPhone was delivered by an autonomous truck, but commercial AVs (autonomous vehicles) are no longer just a concept. Although self-driving trucks may still need a human driver behind the wheel, just in case, we’re getting a glimpse of a driverless future.

AVs are still in the early stages of development. They must first be tested in less complicated traffic conditions in areas with less extreme weather. This has made the southwestern region of the U.S an ideal ground for emerging AV technology. By now, it has expanded into the Midwest and East Coast’s more temperate climates.

Granted, people are still better at dealing with the unexpected, but as we’ve seen in our earlier example, working side by side with AI-powered technology could make the trucking industry safer and provide better conditions for drivers.

This is especially valuable since the U.S. is still struggling with a growing driver shortage. Implementing technology that can reduce driver fatigue and increase safety may play a big role in overcoming this shortage and keeping our supply chain secure.