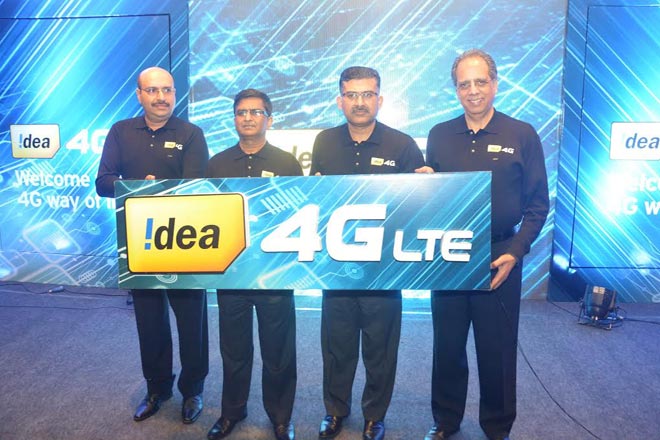 Idea Cellular has rolled out its high-speed 4G LTE services across four states of India, which includes Haryana, Chhattisgarh, Madhya Pradesh and Punjab expanding company’s 4G offering to seven circles. These services will be available across 183 towns in these seven telecom service areas by 31 January 2016.

Idea Cellular is one of the leading mobile telecom service providers with about 49.5 million customers owning the 3G device and over 6 million customers with 4G devices. The idea also offers an extensive 2G service on 900 MHZ, which is available in many areas of India.

When Idea Cellular announced that they would be expanding their 4 G services into four states, their share went up by about 2%. The stock that opened at Rs. 119 went to a high of Rs. 122.50 on the Bombay Stock Exchange. About 117,000 shares were traded on the stock exchange.

Idea currently holds a 1,800 spectrum in 10 circles where it is using 4G service. Recently, this company signed an agreement with Videocon Telecommunication, which give it the right to use this spectrum in Gujarat and Uttar Pradesh. This means that very soon, residents should expect 4G services from Idea.

The company stated that the post completion of its transition to 4G service will extend to 12 service areas, and this will account for 75% of Idea’s revenue base within the country.

Idea Cellular started launching their 4G services on December 23 last year. If the company can maintain this pace, they would have successfully launched their 4G services across their 75% within less than a year.