South Korea based auto major Hyundai Motors is aiming to launch autonomous driver technology commercially by 2020. Auto-makers are under tremendous pressure to innovate and be at the top of the technology curve. Lux research – Technology for self-driving cars is forecast to become an $87 billion market by 2030.

According to Boston-based Lux Research, Hyundai motors’ premium vehicles like Genesis already feature an autonomous braking feature which can kick in if a pedestrian steps in front of the car. 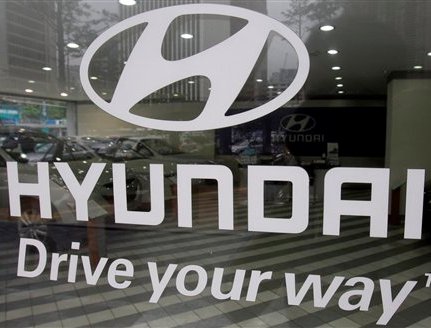 Hyundai is planning to add Advanced Driving Assistance Systems (ADAS) system in its car this year. ADAS system is designed to keep a vehicle within the lane, remote auto parking, collision with pedestrian warning, maintain a safe distance from the car ahead, and provide a navigation-connected system that gives warnings of maximum and minimum speeds on highway sections.

This is part of Hyundai Motor’s efforts to develop next-generation smart cars that incorporate automated driving and high-tech features.

Though the car makers are quite bullish about the autonomous technology, analysts fear that with no clear guidelines or laws in place the commercial launch of these products may not happen before the onset of the new decade.

Autonomous driving is a new trend in the car industry with biggies such as General Motors, Volkswagen and Mercedes already testing out driver less cars.

Technology giants like Google and Apple are also eyeing for the multi-billion dollars market by working on their internal research to come out with the autonomous cars of their own. Automakers from Mercedes-Benz to Tesla Motors Inc. are developing systems to ease the strain of driving by letting cars park themselves and even take over the wheel in stop-and-go traffic.